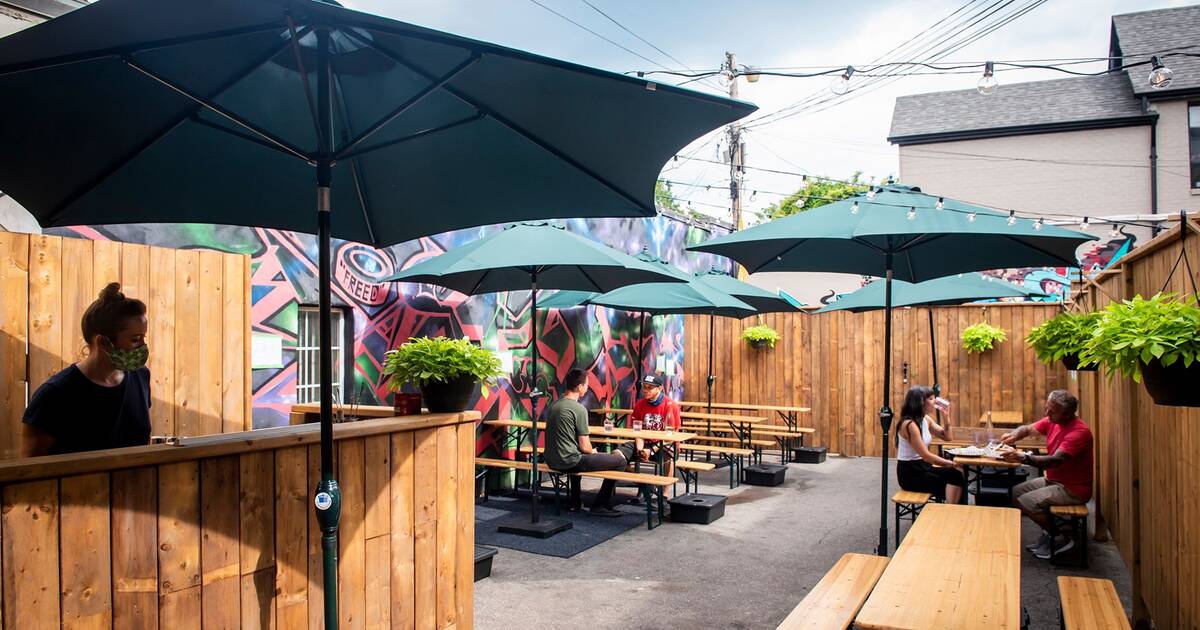 The percentage of COVID-19 cases in young adults has been steadily increasing since July in Toronto, with that demographic now making up the largest percentage of the city's recent cases.

And while approximately 60 per cent of Ontario's daily case numbers are routinely found to be in those under the age of 40, Toronto Public Health says cases are actually increasing the most among those aged 20 to 29.

This ongoing phenomenon has led to endless moans and groans from older residents who say young people are selfishly partying too hard and not caring enough.

I hate to say it but young people have no respect! They think it's a joke. In Toronto we are finding it's the folks under the age of 30 who are getting it now. Those are the ones who are partying and not taking it serious.

But while there is certainly some merit to this idea — Premier Doug Ford has called out some of these parties and public health officials have cited gatherings as one of the main drivers of transmission — believing this is the sole reason for the increase among young people completely discounts the fact that those in their 20s are more likely to work in the service or retail industries, and to live with roommates.

According to Toronto Public Health (TPH), individuals aged 20 to 29 make up about 31 per cent of new cases reported between Sept. 13 and Oct. 4, compared to approximately 19 per cent of cases from this age group since the start of the pandemic (when most businesses and workplaces were closed).

This includes close contact with a case (42 per cent), community source (17 per cent), travel (5 per cent) or healthcare (4 per cent), while the source of infection is unknown for about a third of all cases, including for those aged 20-29.

On top of this, TPH says recent increases among all residents have been related to socializing indoors, big events with crowds where people forget about taking steps to protect themselves, and outbreaks in bars and restaurants, especially amongst staff.

According to the United Food and Commercial Workers union (UFCW Canada), 42 per cent of all restaurant employees in Canada are aged 24 and under, and the restaurant industry is the number one source of first-time jobs for young workers.

In other words, outbreaks among staff in restaurants and bars, of which there have been many in recent weeks, are bound to disporportionately affect young adults.

Does toronto public health have evidence these cases are tied to irresponsible behaviours among young people? Young people are significantly overrepresented in the food service industry, retail and other employment areas that are in-person as a requirement.

On top of this, Statistics Canada's 2016 census shows that 23.4 per cent of young adults between the ages of 20 and 34 live with roommates, which can make it increasingly difficult to have control over who the members of one's household bubble are coming into contact with.

So while it may be true that young people are driving up the city's case numbers, this is clearly being caused by a number of factors, some of which would possible be resolved if the province were to follow Chief Medical Officer of Health Dr. Eileen de Villa's recommendations to shut down indoor dining for a four-week period.

Young people also make up a huge majority of people forced to work the service industry during this pandemic so maybe that could have a connection, I’m sure bars play a role but there’s a lot of factors for young poor people in Toronto to be contracting it.

In the meantime, TPH is asking residents to continue following public health measures as strictly as possible to help try and get the second wave of the pandemic under control.

"We know COVID-19 continues to circulate in our city. The only way we will minimize our risk and reduce virus spread in our city, is if we all keep doing our part," said Dr. Dubey.

"This is why all residents should follow the three steps of self-protection to reduce the spread of this virus in all public settings: watch your distance, wear your mask and wash your hands. We're also asking people to stay home if they are sick, to get tested if they have symptoms, and to limit their contact with those outside their household."