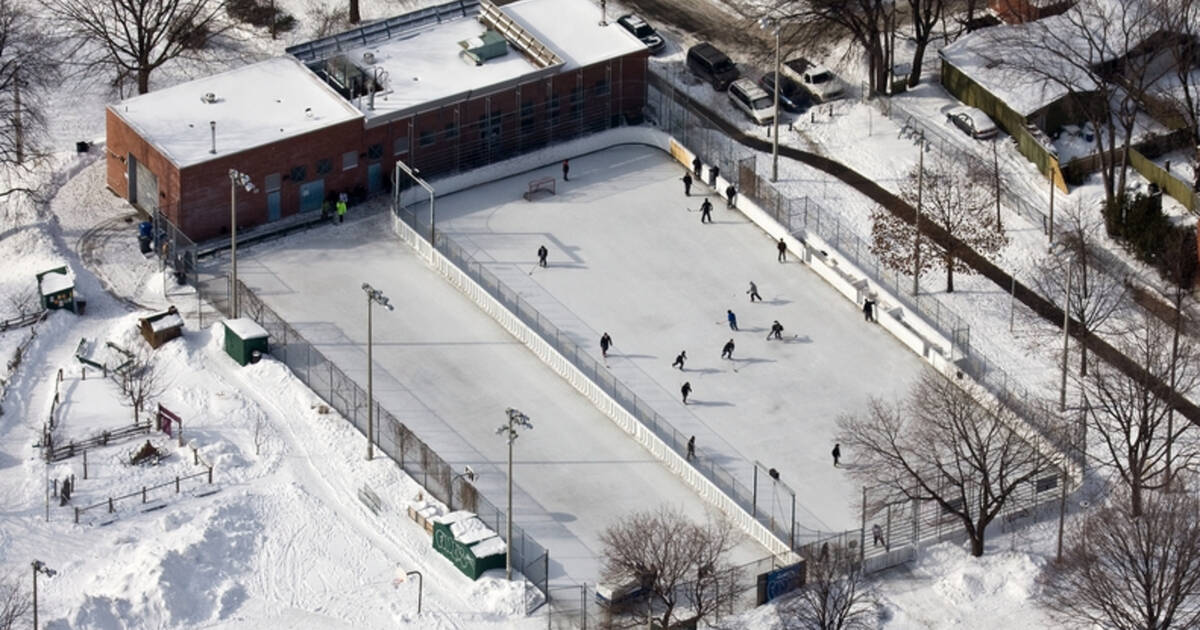 Toronto’s Dufferin Grove neighbourhood is facing off against the city to save its local ice skating rink from an untimely demolition.

The ice rink located on Dufferin Street between Bloor and College Streets was slated to undergo construction on Oct. 1 due to safety concerns and the need to update the machinery.

However, the local community has put up a fight, saying the rink is safe for use and should be accessible to the public ahead of what may be a winter spent in lockdown.

“City staff in the Parks, Forestry and Recreation Division confirmed that it is simply not possible to delay the needed rehabilitation of the ice rink,” said Michael Giles, the chief of staff in the office of Ward 9 Councillor Ana Bailāo.

“The main issue with respect to any consideration of delaying the ice rink rehabilitation is of course safety and the actual ability of the rink to operate through the season.”

Giles said two peer-reviewed consultant reports have confirmed to City staff that the construction work needs to proceed this year.

Among the major concerns for the city is the potential for “a catastrophic failure” of the physical plant that maintains the ice, which could result in the leakage of ammonia and the ice rink being rendered inoperable.

A consulting report on the rink showed that an engineer recommended using all-new equipment for the refrigeration system and that it is not suitable for reuse.

However, the decision needs to be reassessed in light of the new circumstances with COVID-19, said Ian Merrings, a community member and advocate for the rink. He said the decision was also made based on the rink’s long-range life expectancy, not based on any particular or identified problem.

“We think it is a huge stretch to characterize this as being a safety issue for skaters,” he said. “[COVID-19] has put a lot of pressure on people, this rink could be something that could take a lot of the pressure off. And that mechanical assessment needs to be viewed with new criteria.”

Mary Valencia,m another community member and local high school teacher, said that according to the report, if the rink is to be reconfigured it will need a new slab — but if it's to be re-used, the only recommendation is that the headers be assessed.

The report does not say that the slabs cannot be reused, and Valencia said the headers have been updated in 2007.

“I'm not saying that at some point we don't need new facilities. We're saying, as a community, this is not the winter to do it,” said Valencia, explaining that even a five-to-six month extension in the timeline would help resolve the issue.

While safety is the main concern that could put users of the rink at risk, the City indicated it is also likely the machinery supporting rink operation will simply fail, said Giles.

Along with Valencia and others, the community is worried that many people will lose access to a local reprieve this winter when they need a break or exercise.

The Dufferin Grove Park and the surrounding area have had revitalization plans in the works for over two years.

The rink was originally scheduled to begin construction late in February but plans were delayed. Merring said the city has given inconsistent reasons for the decision to redo the ice rink, initially saying the rink demolition was being coordinated with the Wallace Emerson ice rink demolition.

Valencia also said they have confirmed that the city's Capital Projects staff payroll comes from a percentage of a building projects cost. If a project is cancelled and none other is put in its place, Capital Projects has to lay off staff.

“I wouldn't say it's over. I want to find out what is behind the decision... given that the reasons have changed somewhat over the months,” said Merring.

The councillor’s office said other rink facilities in the area remain available to residents and the Councillor has indicated they will be creating a natural ice surface this year near the park.

“City staff will create and maintain this ice surface as soon as winter conditions permit, likely the end of December or beginning of January,” said Giles.

Merring said although it is a nice gesture, the winters simply have not been cold enough for that to be a reliable replacement.

by Raneem Alozzi via blogTO
Posted by Arun Augustin at 12:48 PM