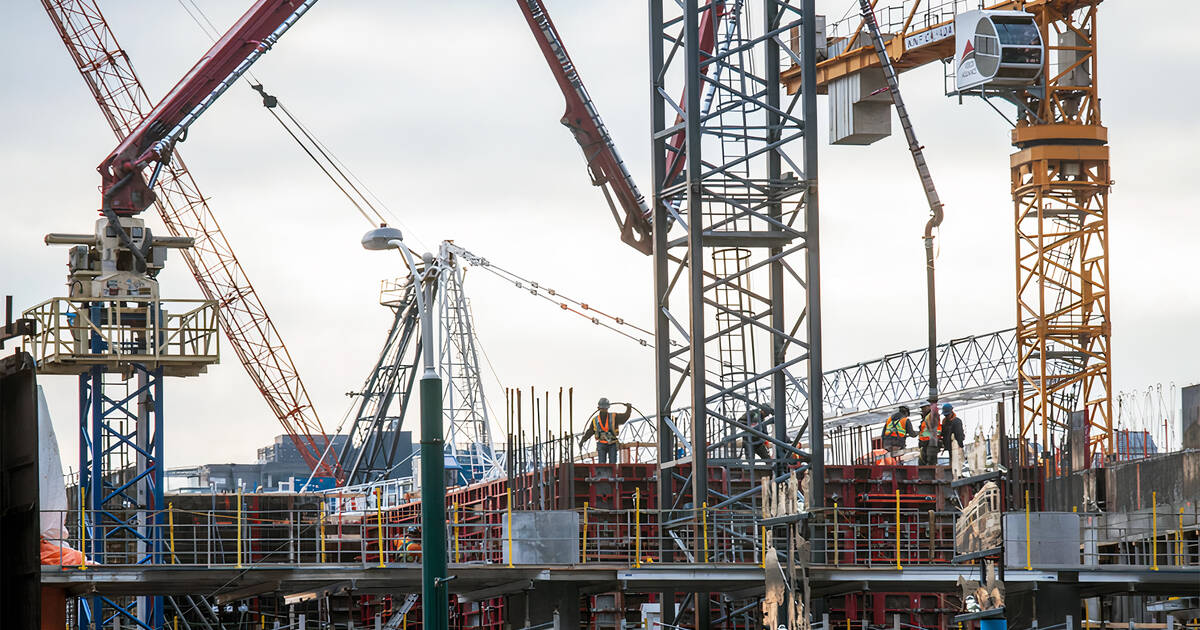 When they're not being scaled by resident raccoons or terrifyingly collapsing into busy intersections, construction cranes serve to define the Toronto skyline, signalling the city's ever-hot housing market and somehow insatiable appetite for condos.

Even despite the global pandemic that has stagnated much of the economy, development in the GTA is booming, with Toronto boasting more cranes than anywhere else in the continent — nearly a third of all of them, in fact.

They paved paradise and put up a condo block !

According to the latest numbers from the Rider Levett Bucknall Crane Index, Toronto has a staggering 124 cranes in operation working on various large-scale developments right now while residents move into the second wave of COVID-19 and potentially further lockdown.

This makes us the urban centre with the most cranes in North America by a long shot, with 29 per cent of all of the continent's cranes.

And, as anyone who lives in Toronto could guess, it's not a title that the city is unfamiliar with — we've topped the list multiple times now, with far more of such construction activity than cities like New York (12), Chicago (14) and Los Angeles (41), especially while some other cities have imposed restrictions on construction.

As the report notes, "COVID-19 does not seem to have affected the number of cranes in use" in Toronto and "residential projects continue to dominate the market."

With new home sales hitting record highs in recent months rather than being tempered by the health crisis, some of our most beloved institutions facing the dreaded fate of being converted into high-rise condos, and the city being one of the few on the verge of a housing bubble, the news isn't exactly surprising, though some may find it a little concerning.