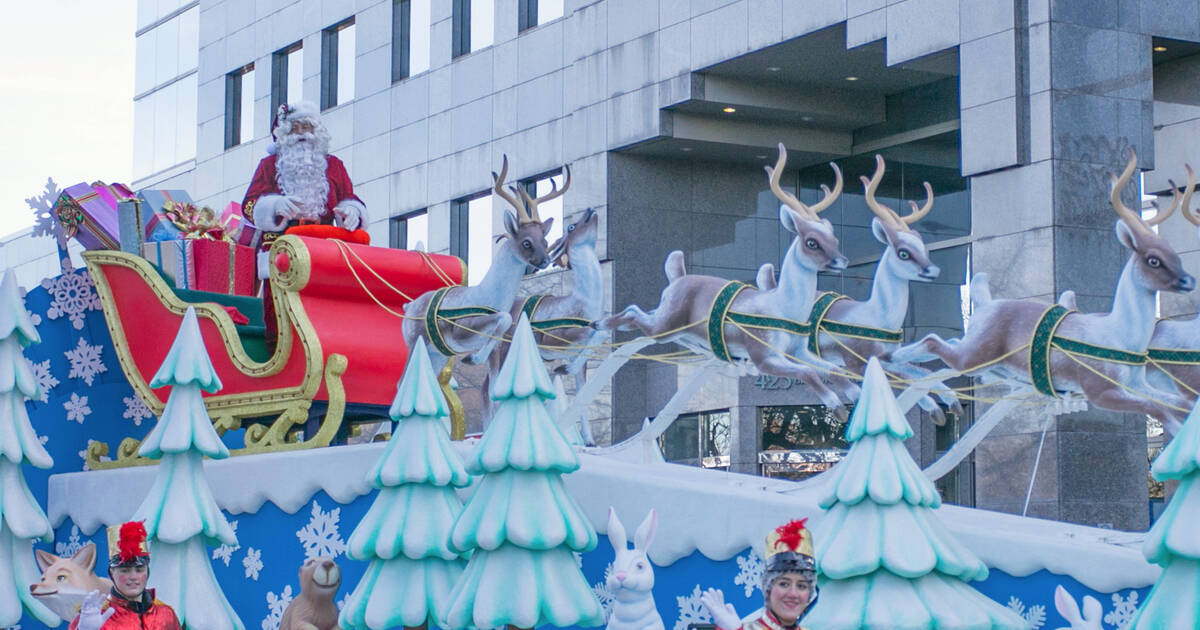 The Santa Claus Parade is back in Toronto for 2020 proving that not even a global pandemic can dampen the city's Christmas spirit.

In a video update released by the The Original Santa Claus Parade’s president Clay Charters and Toronto mayor John Tory alongside Mr. and Mrs. Claus, the group announced that in order to bring Santa to town, the parade will go on without spectators.

“We know it’s been a challenging year...to keep our tradition alive, the 116th Annual Santa Claus Parade will air on Saturday, Dec. 5 at 7 p.m. on CTV. It’s sure to be the best ever Santa Claus parade TV special.”

The show will include over 20 floats and new features such as musical guests, celebrity appearances and marching bands that everyone can enjoy from the comfort of their home.

“We are so thankful that our sponsors and partners are enthusiastically embracing this new format,” said Charters.

“It is with their support, including broadcast partner CTV, that we are able to bring the Original Santa Claus Parade to life and show Canadians that they can still get into the Christmas spirit and enjoy the parade from the comfort or their own homes.”

The parade will be produced by Bell Media Studios in a closed set parade route.

“It’ll allow all the young people across the country to enjoy this spectacle,” said Tory. “We want everyone to know that this year’s parade TV special will be one that no one will forget,” replied Santa.

by Raneem Alozzi via blogTO
Posted by Arun Augustin at 6:48 AM