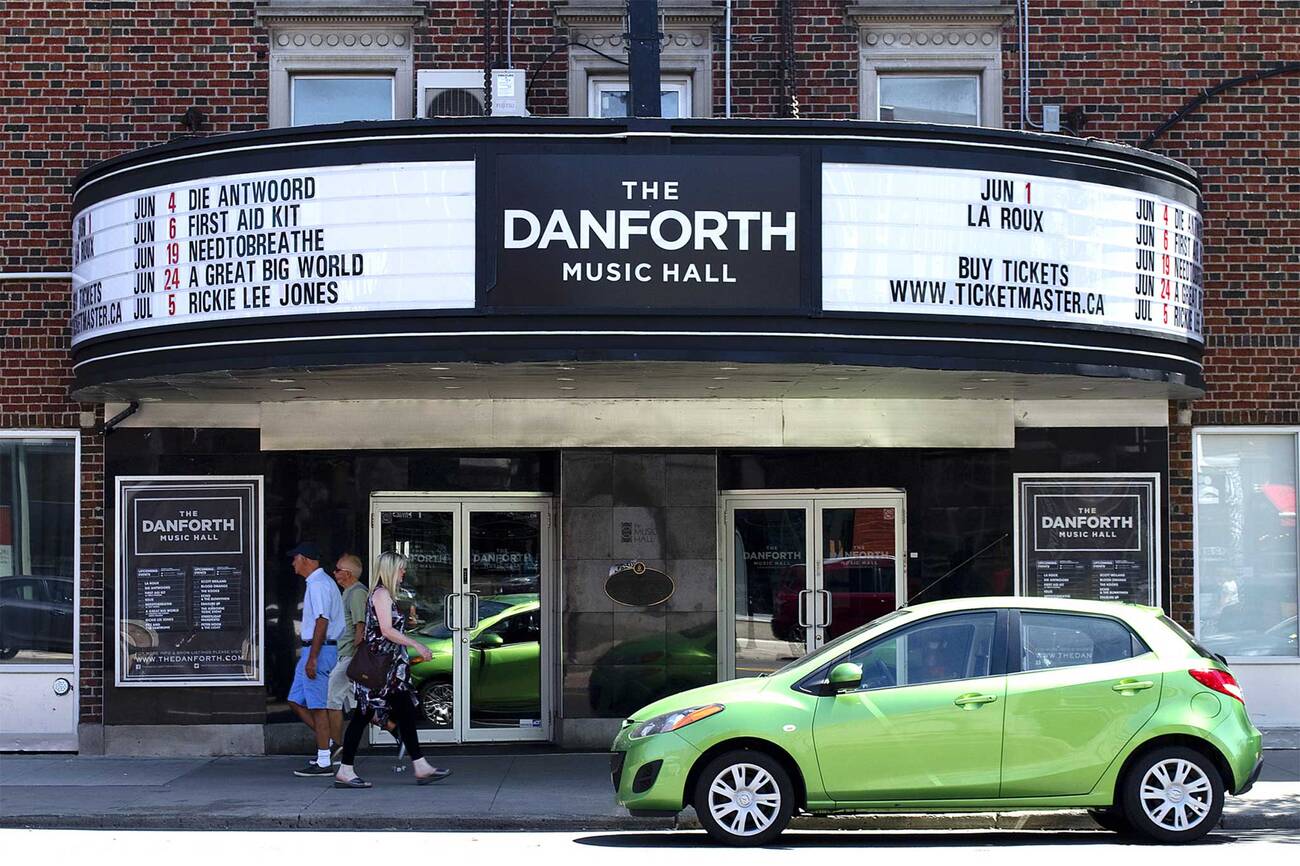 It remains a sombre time in Toronto but events today give you the chance to get out there and be with people. Toronto FC takes on Ottawa for the Canadian Championship and there's outdoor movie screenings and performances.

Canadian Championship (July 25 @ BMO Field)
Toronto's own soccer champs have made it this far and are looking to go further, as they take on the Ottawa Fury during the Canadian Championship.
Lord Huron (July 25 @ Sony Centre for the Performing Arts)
California indie rockers make music for all the cosmic wanderers out there by fusing electro and folk to create dreamy soundscapes.
Open Roof Festival (July 25 @ Sterling Road)
Open Roof returns again with beer, food, and a film. This week it's the Death of Stalin, paired alongside a performance by RubēHill.
Movie Nights in the Beach (July 25 @ Ivan Forrest Gardens)
The classic all-female (and Tom Hanks) flick A League of Their Own gets a screening under the stars with free popcorn included.
The Cult (July 25 @ Budweiser Stage)
80s and 90s rock legends The Cult, Bush, and Stone Temple Pilots arrive for a night of head-banging nostalgia from a time gone by.
L7 (July 25 @ Danforth Music Hall)
80s female rockers L7 have reunited and are more badass than ever as they play their new, charged up anthems for a new generation.
Rockers (July 25 @ The Royal Cinema)
This classic 1978 Jamaican musical has amassed a cult following in recent years, in part due to its stellar soundtrack by the hottest reggae artists of the time.
Songwriters in the Round (July 25 @ Painted Lady)
Ever wonder how artists make their visions a reality? Lindsay Foote, Bill Simms and Dana Swarbrick discuss just what that process looks like.
Dirty Wednesdays (July 25 @ The Corner)
Dirty and uncensored comedy is going down with no-holds-barred funny people showcasing material to make you laugh, squirm and everything in between.
Marry Me Marry Me Marry Me (July 25-29 @ Bell Tower Coffee)
A small production by Marina Moreira, this play tells the story of one woman's journey with gender identity and the search for family.

by Lisa Power via blogTO
Posted by Arun Augustin at 5:33 AM