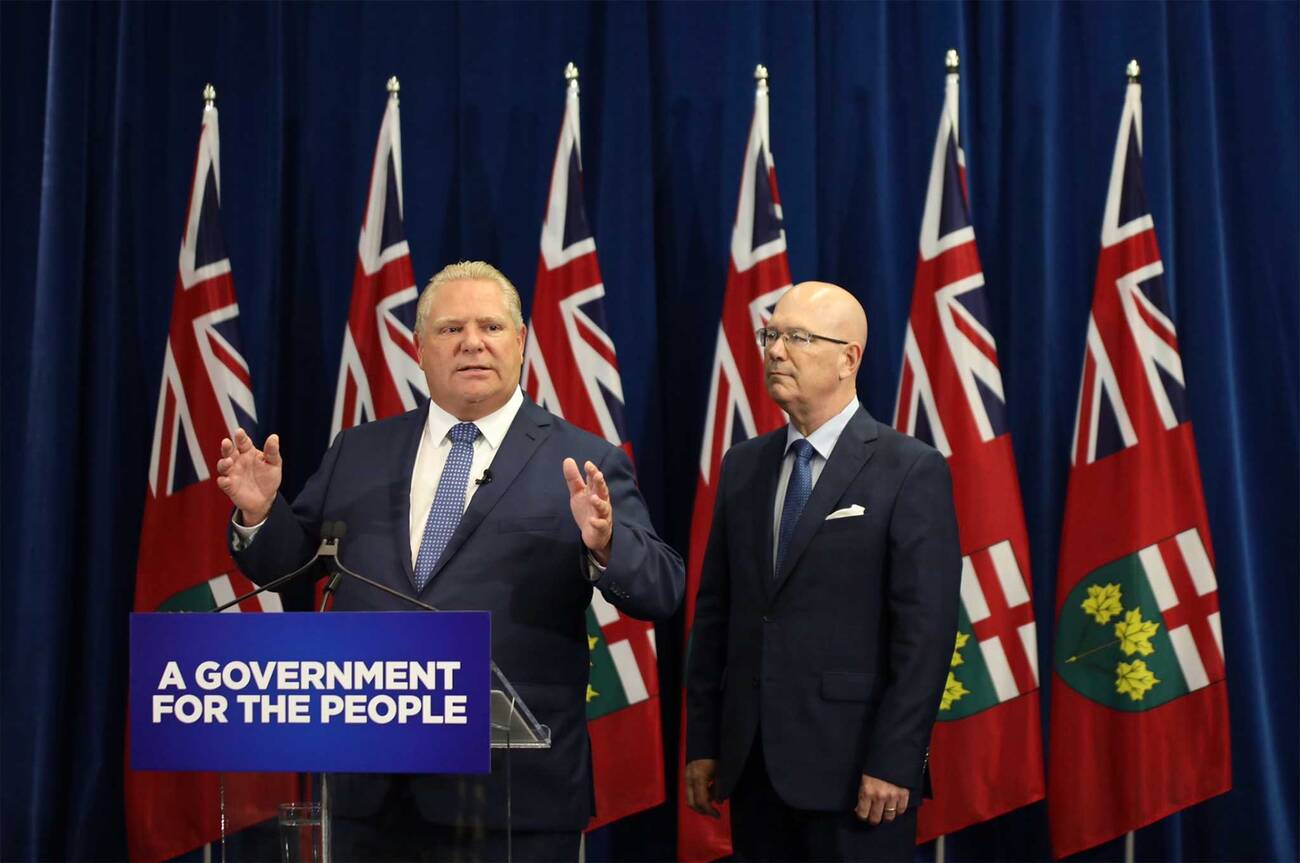 The provincial government has just released the legislation it promised would cut back Toronto's city council to almost half its size.

The Act, which makes amendments and repeals to the City of Toronto Act (2006), the Municipal Act (2001), and the Municipal Elections Act (1996), also states that the regional chairs of York, Niagara, and Peel will be appointed, rather than elected.

The new legislation does not contain any surprises. That is, only the changes promised by Ford last week are present.

Some expected term limits for city councillors to be a new addition, but they were not. It looks like Toronto's councillors can continue to serve for life for now.

The Better Local Government Act 2018 has been introduced. Does NOT feature term limits, nor does it strengthen mayoral powers. Just reorganizes council to federal/provincial ridings and eliminates elections for some regional chairs #topoli #onpoli

During the meeting at Queen's Park earlier today, official opposition leader Andrea Horwath grilled Ford on several aspects of the bill, including calling the premier a "dictator" and asking if he plans to use the new shakeup to rig the city elections.

Ford replied that the new cutbacks to council would "save 500,000 pieces of paper."

However, some analysts are already beginning to examine the legislation to see if it will hold up in court, should it end up there.

Depriving one municipality's residents of their rights to petition ward boundaries, while all the others retain it would be considered patently unjust and fettering provincial discretion... Don't even get me started on the cancelling of regional chair elections just for 2018...

Toronto City Council itself called for a referendum on the topic at a special meeting this afternoon. Mayor John Tory suggested a referendum was the only way to get "the views of the people" and engage in a "full debate."

As part of this debate, City Council approved my call for the province to hold a binding referendum before proceeding with any changes to the Toronto ward boundaries.

The bill could also be subject to a number of legal challenges. Should it proceed, the bill must then receive Royal Assent before becoming law.

by Michael Ott via blogTO
Posted by Arun Augustin at 4:31 PM