Toronto neighbourhood fed up with garbage in parks 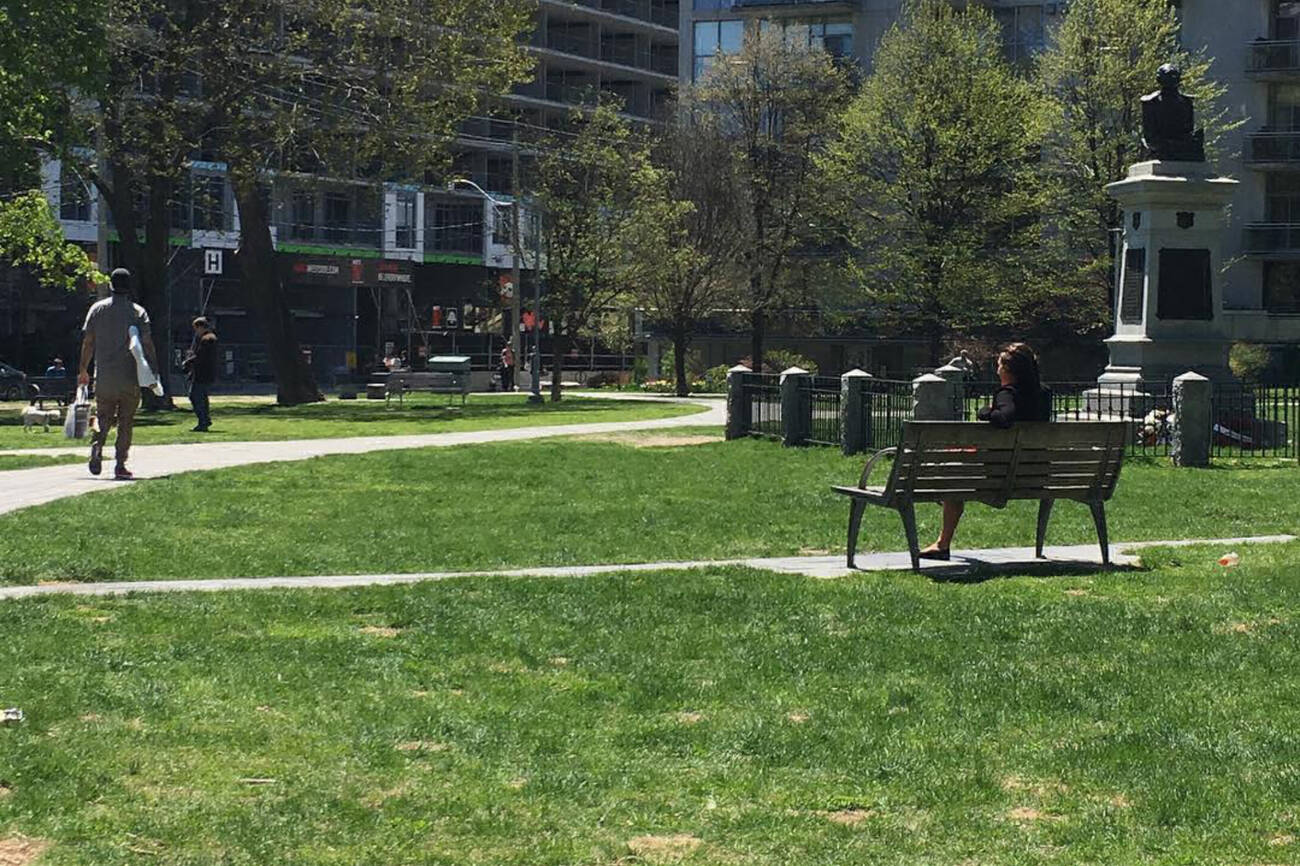 Residents of a King West neighbourhood are fed up with the amount of garbage piling up one of their parks.

Victoria Memorial Square Park, located near Bathurst St. and Wellington St W, has been facing a bit of a problem with litter, due in part to a lack of trash cans. 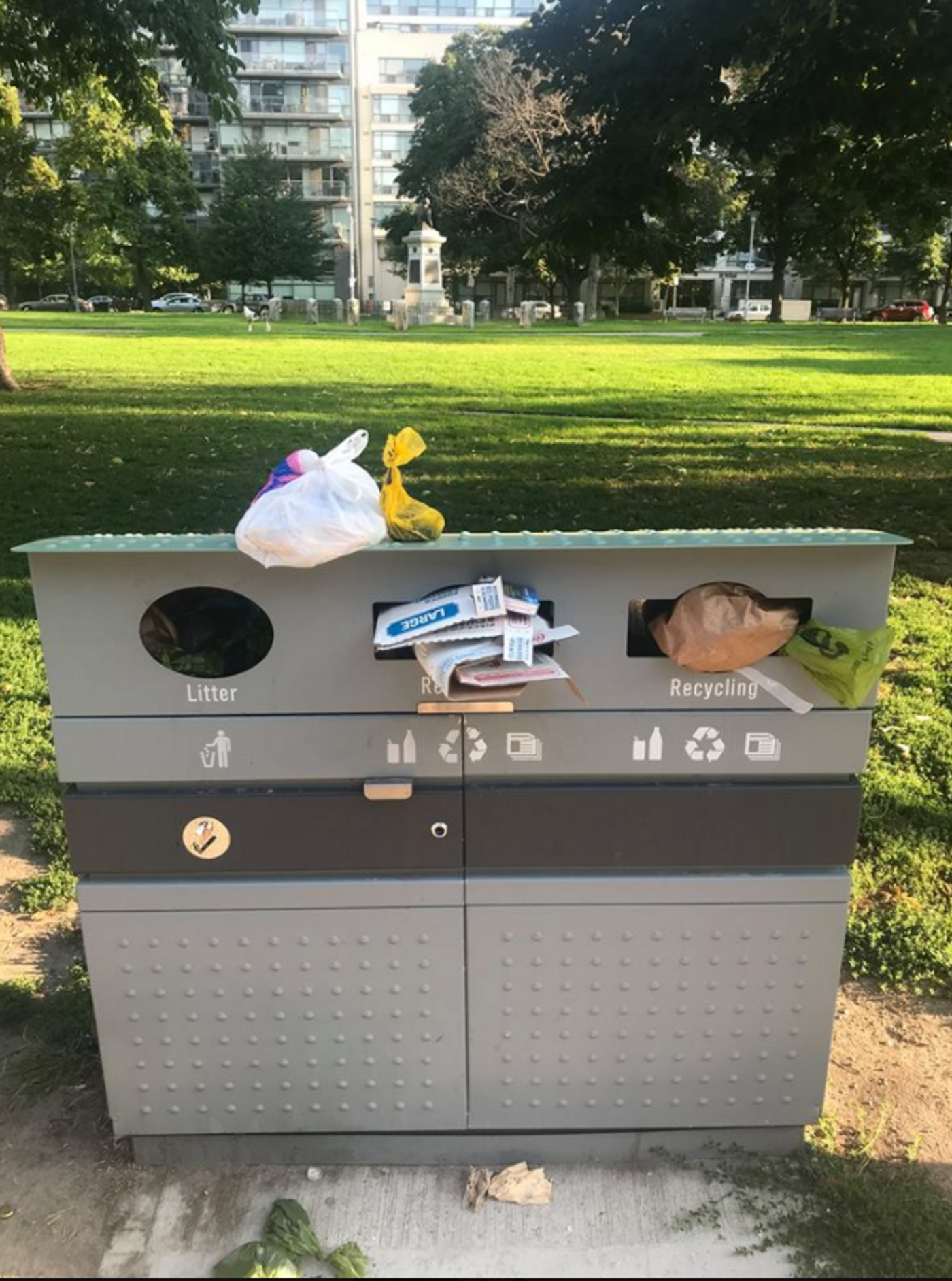 The issue has been raised in a neighbourhood Facebook group, where members are hoping to grab the attention of Councillor Joe Cressy.

"I feel like we either need to rename Victoria Memorial Square Park to Garbage Park," the original post by Evan Bond begins, "between the constantly overflowing garbages and the litter, it’s getting pretty bad."

Other members chimed in, many pointing out the amount of "drug paraphanaelia" one can find on a morning stroll.

Furthermore, the park seems to have a problem with dogs being off-leash, when the city does not permit them to be. 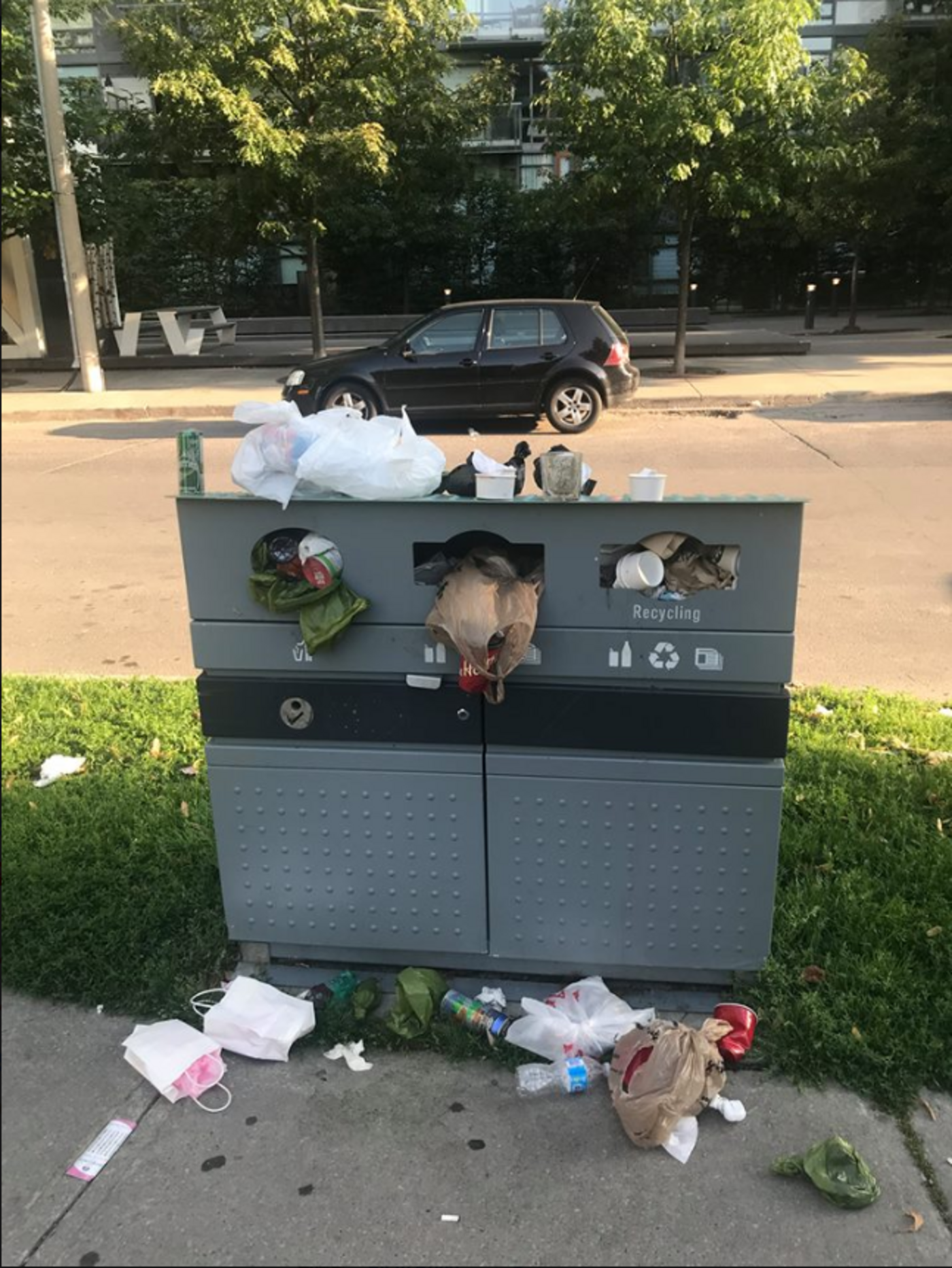 Residents have said the amount of garbage in the trash cans forces dog waste bags to overflow onto the ground. Photo by Evan Bond.

"The city has graciously provided us with 3 other parks that have off leash all within a 5 minute walk of this park!"one commenter wrote.

The garbage cans in the park are so full, according to the post, that people often just drop litter at the base of them on the ground, or "throw [it] into a hedge."

Members hope a letter-writing campaign to city council will provide them with some options to prevent the park from becoming even more of a mess.

by Michael Ott via blogTO
Posted by Arun Augustin at 10:06 AM