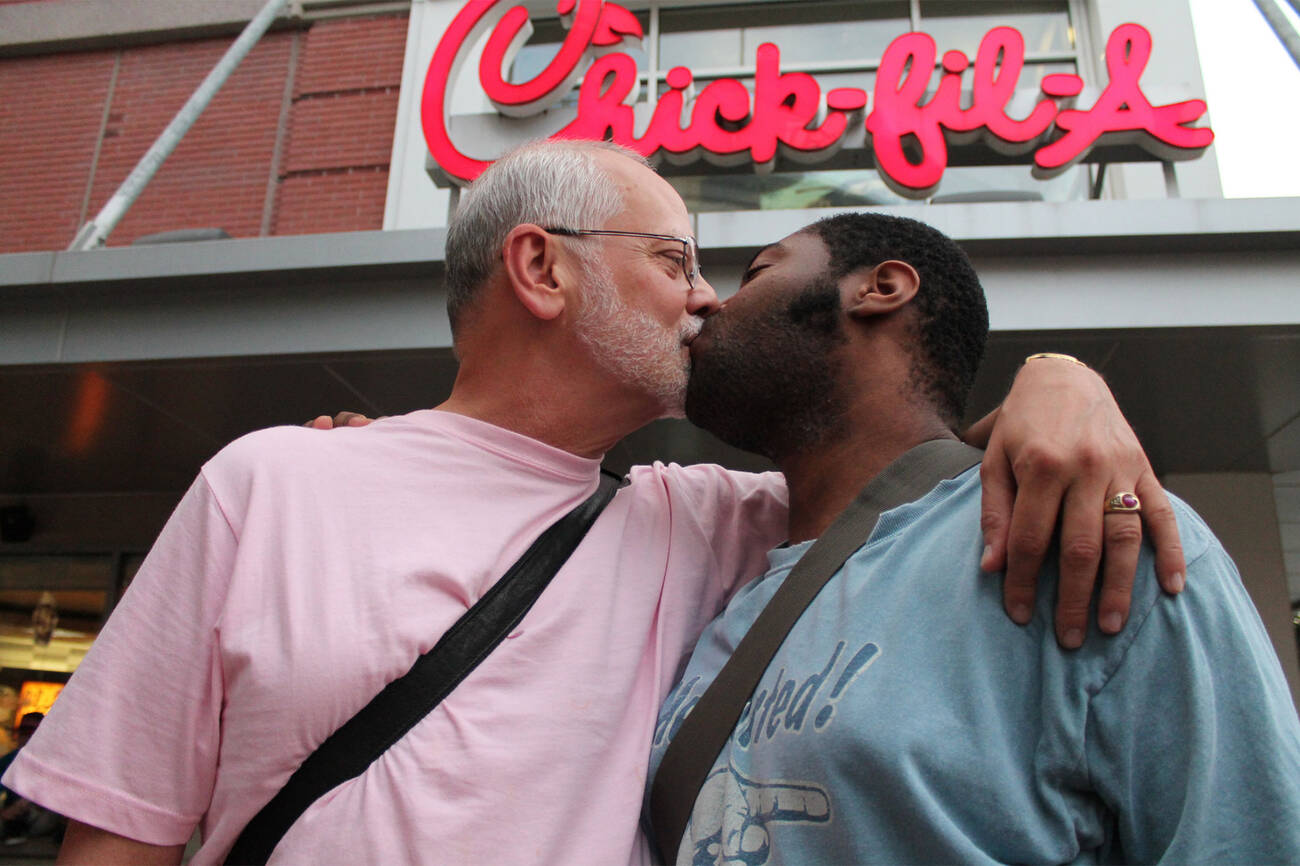 Chik-Fil-A — the popular U.S. fried chicken purveyor — announced on Wednesday that it would be opening its first international franchisee-owned location right here in Toronto sometime next year.

Some in the city were thrilled by the news, either because they've eaten at Chick-Fil-A and love those little biscuits or don't know about CEO Dan Cathy's highly controversial beliefs and long-running crusade against same-sex marriage.

Chick-fil-A openly discriminates against the LGBT community. They have no business in a progressive and multicultural city like Toronto. They won't be getting my business. #BoycottChickFilA https://t.co/1wzAlKttVR

Or maybe they know about the homophobic stuff but just don't care because the chicken is that good?

Numbers suggest that this may be the case in the U.S., where the business has been growing for 50 years straight despite half-a-decade of widely-publicized backlash.

Whatever the case, Ontario isn't Georgia, where Chick-Fil-A was founded back in 1946.

Many people in Toronto aren't willing to overlook such a blatant disregard for human rights, as evidenced by all the backlash to yesterday's announcement that the company wants to open 15 locations here by 2023.

Chick-Fil-A is opening a location in Toronto. Ima go throw the first brick.

The hashtag #boycottchickfila has been gaining traction in Toronto over the past 24 hours.

Many people are using the platform to tell Chick-Fil-A that it isn't welcome in our country or city.

That’s unfortunate. You’re not welcome here. I know your homophobic history and your bankrolling of political candidates who promote anti-LGBT discrimination. That bigotry has no place in Canada. I will be boycotting you and encouraging others to do the same. #BoycottChickFilA

Others are pointing out that Toronto already has a lot of really good fried chicken restaurants to choose from — restaurants where you can be sure the money you spend isn't being funnelled into anti-LGBT organizations.

Y'know where you can get good fried chicken? Literally everywhere. And without supporting bigotry. I don't need a Chick-fil-A in this Toronto. pic.twitter.com/Pva7G0su20

"There are many local, Canadian-owned restaurants that make better chicken — and without the homophobia, bigotry and hatred that Chick-Fil-A promotes," wrote one Twitter user quite poignantly on Thursday morning.

So @ChickfilA is coming to Toronto. They are homophobic and hate trans people. Is a dry chicken burg really worth it? $5 to tell people you are a bigot these days when we have comments online for free is a lot I guess.

"Another step backward," wrote one local on Facebook. "Like we don't have problems with child obesity in this nation but now it's coming to our town. Oh and by the way, not to mention how the CEO of this grease pit funds anti LGBT groups."

"It will be interesting to see what happens," wrote another. "Toronto loves new food, but Toronto also isn't very welcoming to intolerance."

Those who do want to check out the chain should note that all locations are closed on Sundays, everywhere.

by Lauren O'Neil via blogTO
Posted by Arun Augustin at 8:28 AM