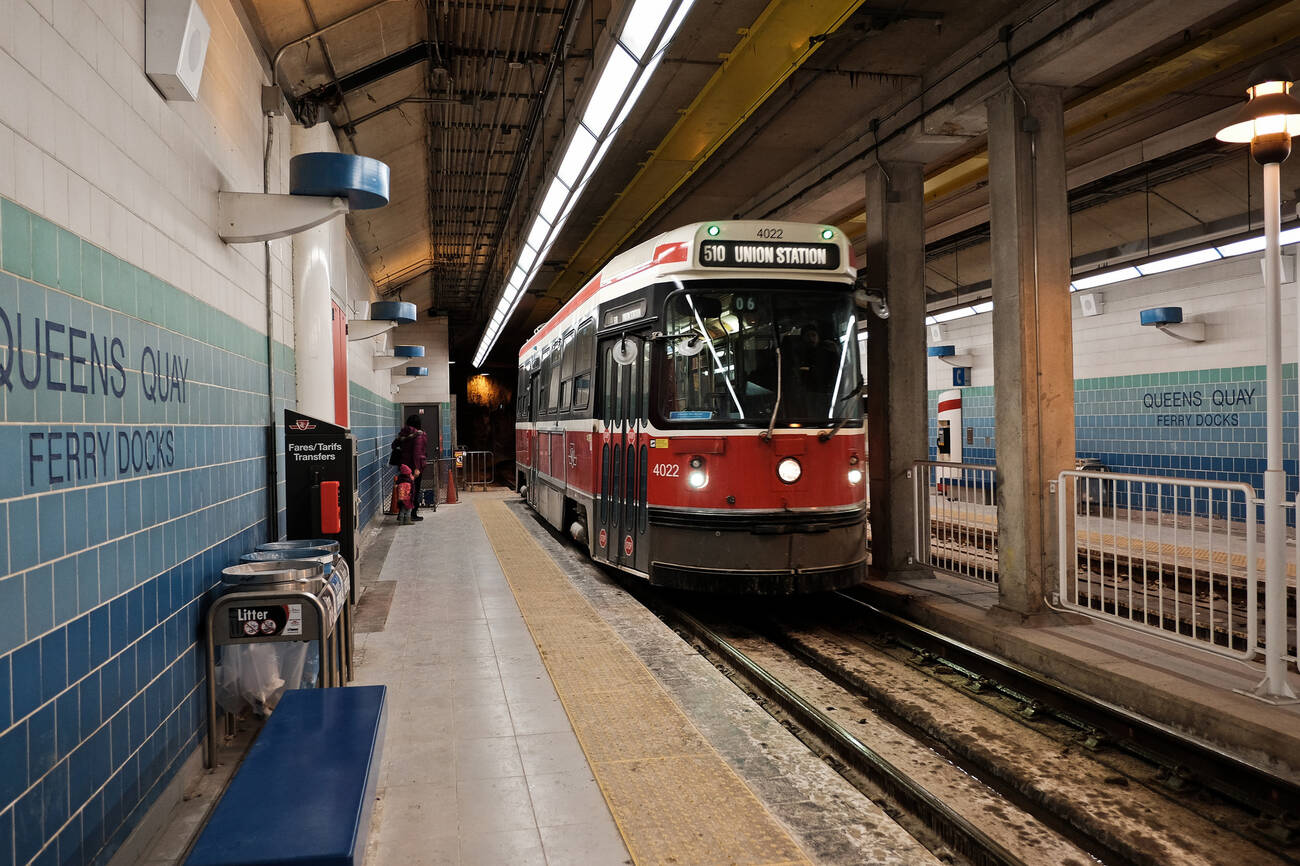 Between now and Friday, TTC workers will be installing special barriers in front of the infamous, car-hungry vortex that is Toronto's Queen's Quay streetcar tunnel.

The measure is meant to "restrict unauthorized vehicle access" to the subterranean Ferry Docks Terminal at Queen's Quay W.and Bay St. — something that Toronto has been trying to do for years.

At least 26 vehicles have been stuck on the 509/510 streetcar tracks since 2014, all thanks to drivers who somehow weren't phased by prominently posted signs, rumble strips, and dozens of flashing lights.

TTC spokesperson Brad Ross announced in April that, in addition to newly-installed bollards near the tunnel's entrance, lift gates would soon be coming to save the day.

Additional bollards were installed this weekend at York and Queen’s Quay to make it that much more obvious that the streetcar tracks are a no-go zone for autos. A lift gate closer to the tunnel will be installed in the coming weeks. pic.twitter.com/QXAktpIiNY

That day has come, according to the transit agency, but first we'll see some temporary service changes to the 509 Harbourfront and 510/310 Spadina streetcar routes.

Work to install the (clearly very-much-needed) gates will take place between July 25 and July 27 from 12 a.m. to 5 a.m. nightly, during which time streetcars will be replaced by buses operating on Queens Quay between Exhibition Loop and King Station, among other changes.

Regular service will begin on all streetcar routes every morning at 6 a.m. and, by Saturday, the city should be protected from having to actually shut down service on multiple transit lines, for hours at a time, because somebody drove into the tunnel again.

by Lauren O'Neil via blogTO
Posted by Arun Augustin at 12:28 PM