Toronto is building a bridge between Fort York and Trinity Bellwoods 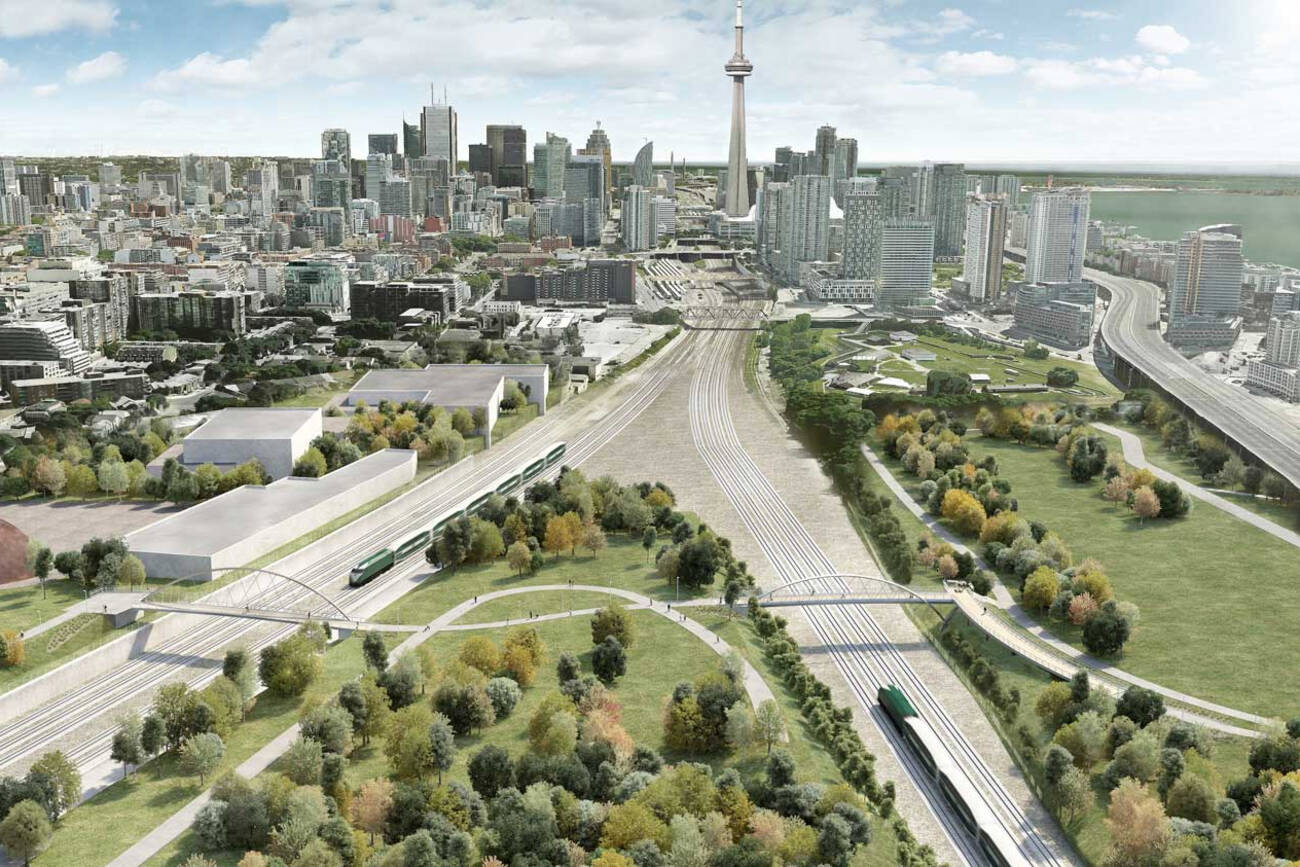 A new pedestrian and cyclist bridge is set to rise this weekend over the huge, annoying train tracks that divide King and Queen West with pretty much everything south of Liberty Village.

I'm not talking about the long rumoured King-Liberty bridge — I'm talking about Garrison Crossing: A less-recently talked about, but even longer bridge that will cross the same rail corridor slightly further east. 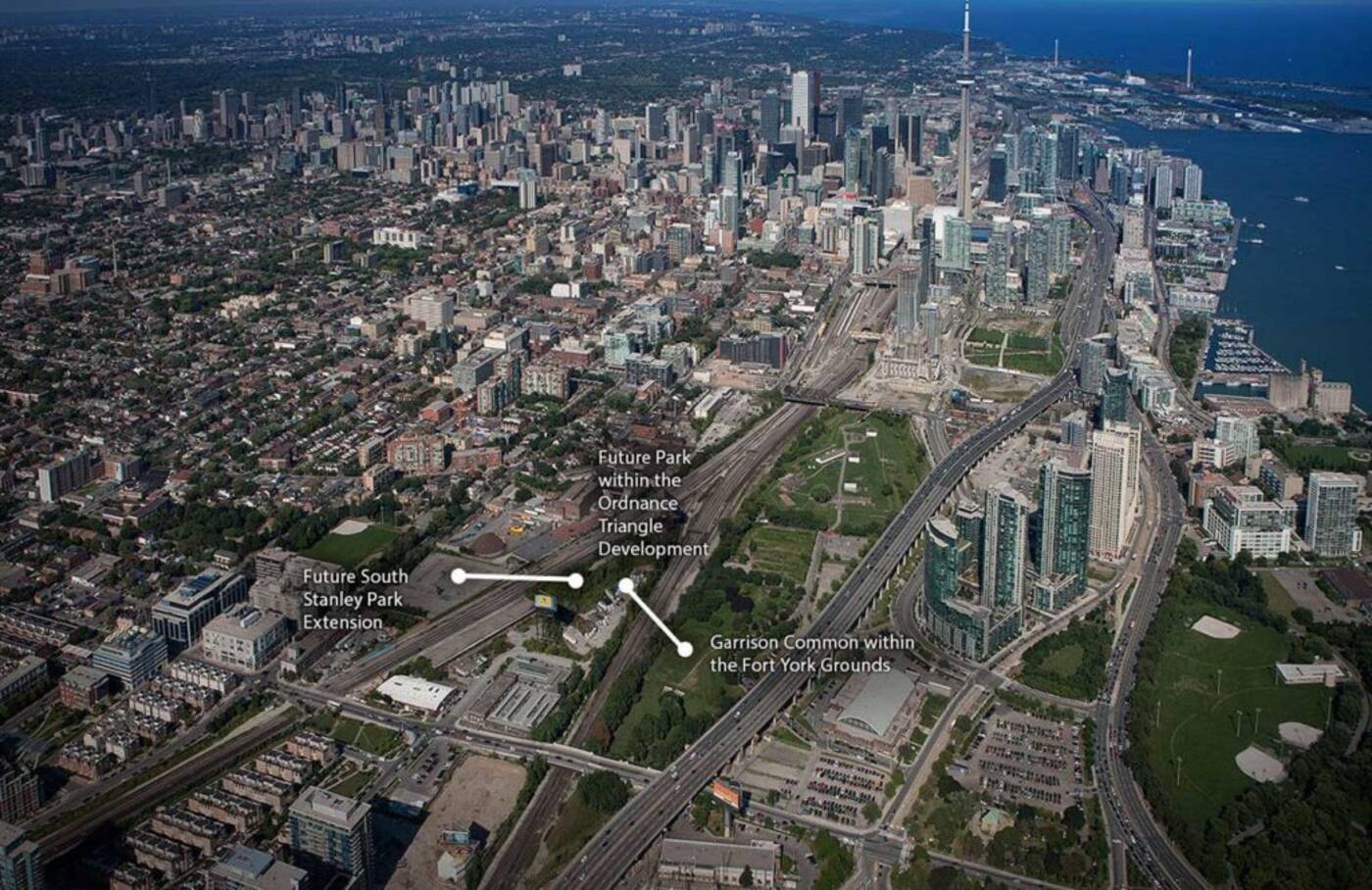 The new bridge will be located just east of Liberty Village and run over a 7.75-acre triangle of land that will eventually hold a park. Image via CreateTO.

Billed as the first of its kind in Canada, this stainless steel bridge will "create a vital connection between Trinity Bellwoods Park in the north and the Fort York grounds in the south" when complete.

CreateTO, which is leading the project on behalf of the City of Toronto, hopes that the new bridge will foster stronger community networks in and around the City, Fort York and the waterfront. 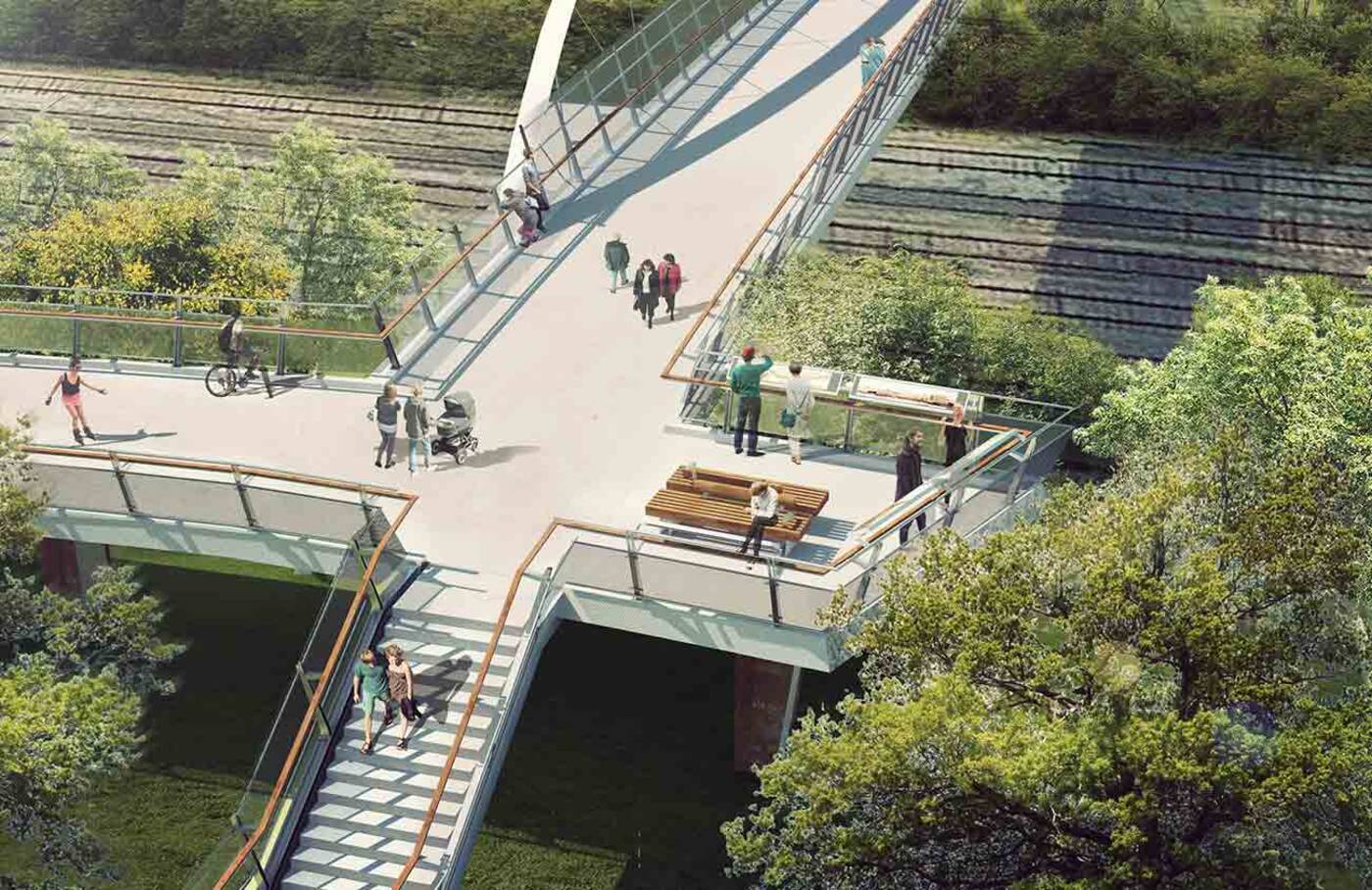 This rendering of a finished Garrison Crossing shows a bird's eve view of the south lookout near Stanley Park in King West. Image via CreateTO.

All of that begins this weekend, when the first of two bridge spans — both fabricated off site — will be lifted into place by a 600-tonne crane, 52-metre crane over the Kitchener rail corridor.

"The first of the Garrison Crossing's two bridge structures will be hoisted into place in the early hours of Saturday, July 28," reads a notice from the city. "The installation of the second bridge span over the Lakeshore West rail corridor is anticipated in September."

Very early Saturday morning the first 52 metre stainless steel span of the Garrison Crossing bridge will be hoisted into place. This is going to look VERY cool - if you can stay up late to watch https://t.co/dNNmEkTyT1 pic.twitter.com/kI2YAjqaT8

Public viewing will not be accessible on site due to health and safety concerns, but it's not like anyone can stop you from looking on if you happen to be standing, say, on Strachan, anywhere south of King in the wee hours of Saturday morning.

I mean, it'll be hard to miss a gigantic bridge being plunked down over a rail corridor.

For more on the Garrison Crossing bridge and Ordinance Triangle — the new mini-neighbourhood it'll be running through — check out the project's website. It's low-key incredibly cool and exciting stuff.