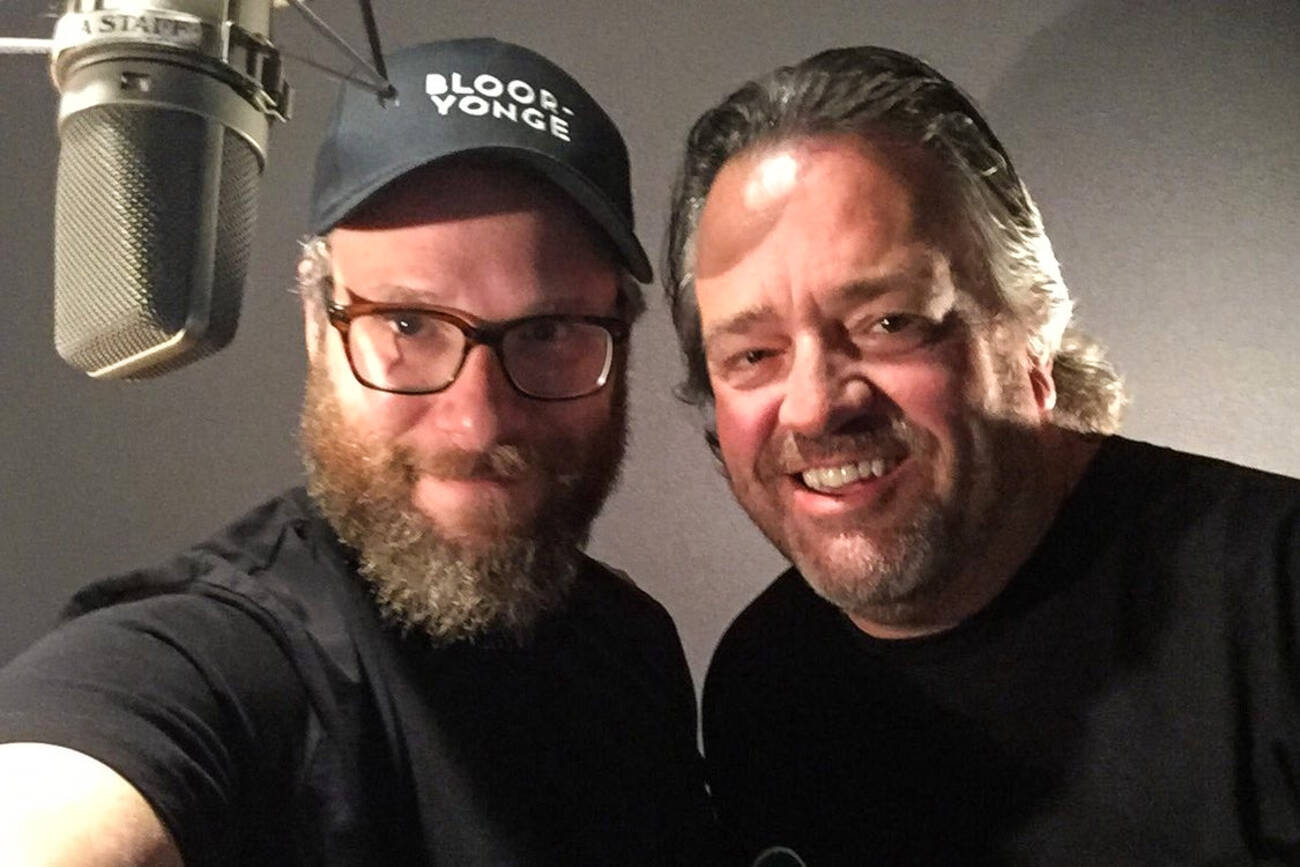 Canadian actor Seth Rogen is in Toronto right now, hanging with TTC spokesperson Brad Ross, wearing a hat that says "Bloor-Yonge" on it, in some sort of recording booth.

This much we know for certain, thanks to a photo shared by Ross on Twitter early Monday afternoon. The rest of the story's a little less clear, but all signs point to something so great I'm almost afraid to jinx it right now.

Either Ross just landed a role in Sausage Party 2, or Rogen is making good on his offer to voice transit announcements for the TTC.

Hey, he just did it for Vancouver.

I’M GONNA BE THE VOICE ON PUBLIC TRANSIT IN MY HOMETOWN OF VANCOUVER. pic.twitter.com/JduvqtqU3o

The celebrity's offer was made, seemingly in jest, after Translink was forced to pull announcements featuring Morgan Freeman.

Freeman, 80, had been meant to voice intercom announcements across the city all summer long, but was promptly dropped by the promotion's sponsor, Visa, after CNN revealed that at least eight woman had come forward with accusations of sexual harassment and misconduct against him.

🎵 "Anything you can do I can do better." 🎵
Toronto vs Vancouver rivalry continues with @Sethrogen and transit? https://t.co/cDKC2yt0lq

Being that messages featuring Rogen's voice are already live on Vancouver public transit vehicles, the not-so-cryptic tweet from Ross this morning all but confirmed that Toronto was next.

"What is fellow Canadian and public transit user Seth Rogen doing posing for a selfie with me?" asked Ross in his tweet today, sharing in a photo of himself and Rogen in TTC-branded garb behind a microphone.

by Lauren O'Neil via blogTO
Posted by Arun Augustin at 12:01 PM