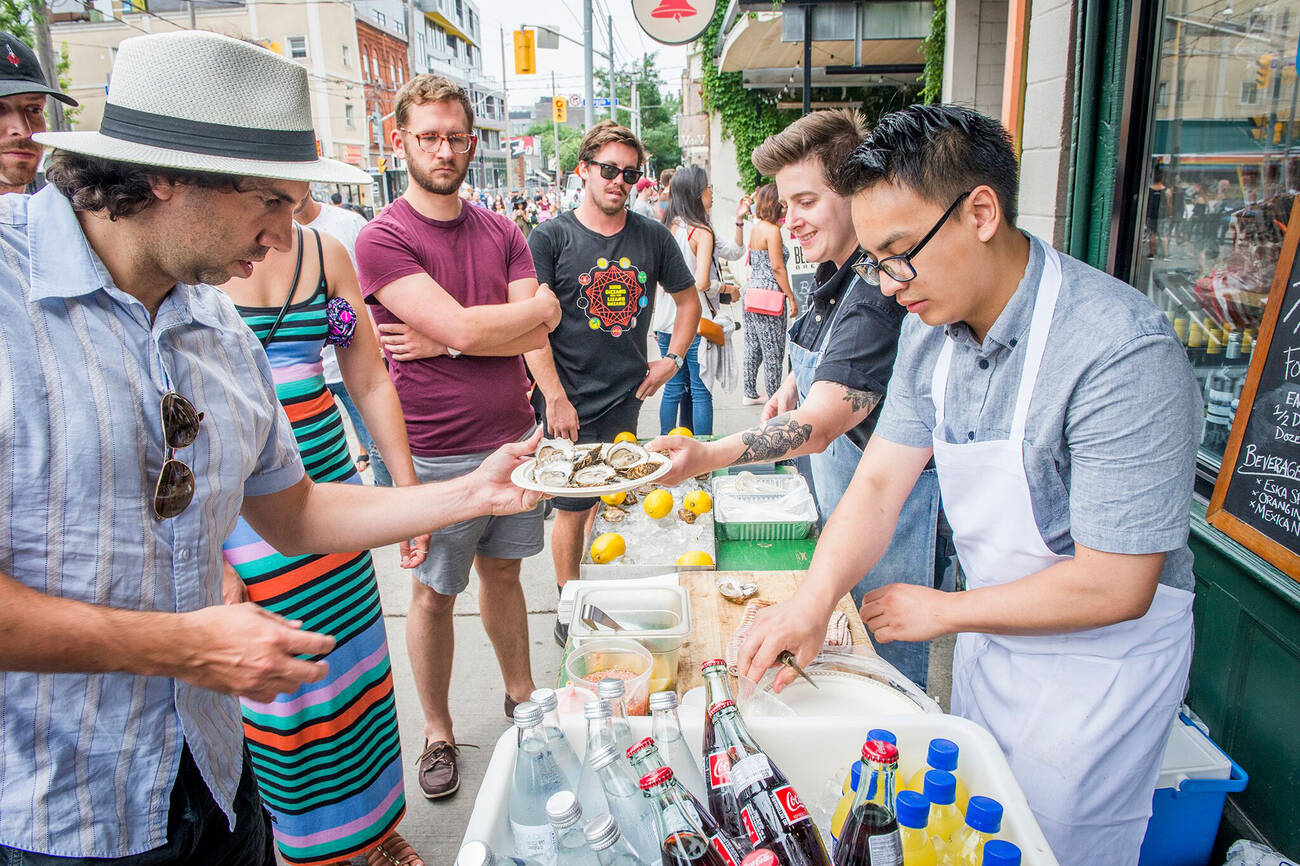 It's finally Saturday and there's lots of events in Toronto today to keep you busy. Ossington is shutting down for a big street festival and there's a night market in Leslieville. A Seinfeld pop-up, Sri Lankan food festival and Taylor Swift dance party are on, too.

OssFest (July 28 @ Ossington Ave)
Ossington Avenue shuts down for a day-long street festival with entertainment, food, activities, and wellness programming.
Seinfeld Pop-Up (July 28 @ Lloyd's on Queen)
What's the deal with pop-ups? Lloyd's is hosting a Seinfeld-inspired pop-up with all the noteworthy food and drinks from the show.
Kothu Fest (July 28 @ Yonge-Dundas Square)
A celebration of Sri Lankan street food hits the heart of downtown with tons of vendors, music, and activities on throughout the day.
The Leslieville Night Market (July 28 @ Jonathan Ashbridge Park)
Back again is this neighbourhood night market, bringing together local goods, crafts, a farmers market, food, and drinks all evening long.
Get On Up (July 28 @ Nest)
Summer wouldn't be complete without a huge jam dedicated to the hottest hits and rarest gems from the golden age of hip-hop and R&B.
AlohaFest (July 28 @ Mel Lastman Square)
A huge celebration of Polynesian culture is on this weekend with performances, kids' activities, traditional food, and a big marketplace.
Rise Against (July 28 @ RBC Echo Beach)
Politically-charged with a hint of sorrow, Chicago's punk rockers are dropping by Toronto as part of their Mourning Amerika tour.
A Taylor Swift Dance Party (July 28 @ Adelaide Hall)
Shake it off tonight at this big T-Swift dance party dedicated to the most loved and detested pop icon of the decade.
Last Action Hero (July 28 @ Revue Cinema)
One of the most over-the-top, outrageous and camp acton films starring Arnold Schwarzenegger gets a screening in honour of its 25th anniversary.
Brave Festival Closing Party (July 28 @ Harbourfront Centre)
One of the city's newest festivals get a big send-off with a night of live music, performances, installations, DJs, and surprises.

by Lisa Power via blogTO
Posted by Arun Augustin at 5:43 AM