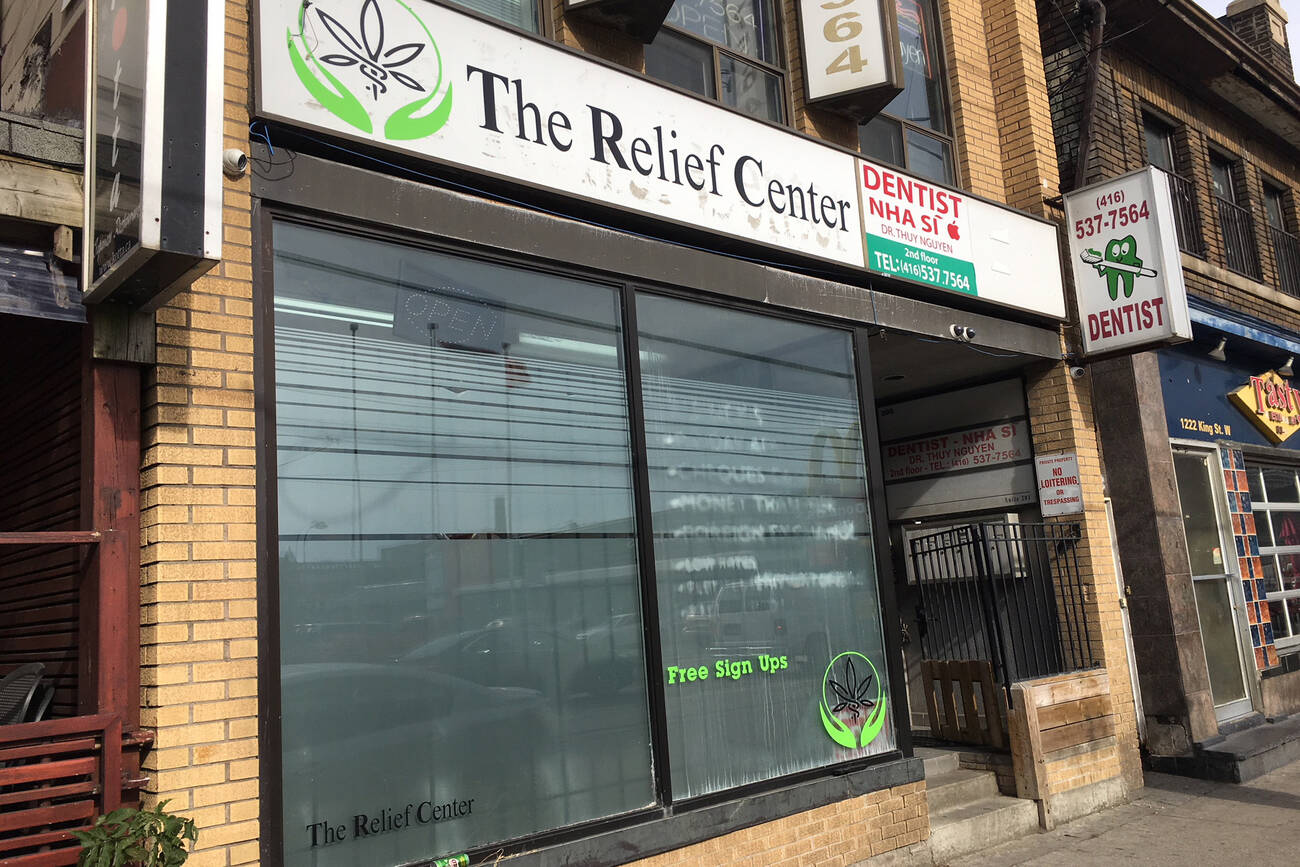 Remember that time when Ontario spent $650,000 on an incredibly basic name and logo for a series of LCBO-run marijuana dispensaries?

Ontario Premier Doug Ford's PC government is reportedly set to reverse a decision, made by former Liberal leader Kathleen Wynne when her party was still in power, to give the Liquor Control Board of Ontario exclusive rights to the sale of marijuana in the province.

Doug Ford and the #Ontario government are taking the cannabis monopoly away from the LCBO and giving it back to private dispensaries #Toronto #weed #DougFord https://t.co/V3v64rRANk pic.twitter.com/r6WPkTN6pz

Both Vice and The Globe and Mail reported on Thursday night that the PCs would be announcing the news sometime next week, essentially scrapping plans for the controversial Ontario Cannabis Store chain and allowing private retailers to open weed stores of their own.

This has pleased activists....

I love seeing @CannabisCulture shops getting free advertising! Anyone want to open a legal cannabis shop in Ontario? 🙌🏻 https://t.co/0XB9te65MF

Big day for the #Cannabis industry and our @HikuBrands award winning retail store front brand @tokyo_smoke .Very excited at the possibility of bringing our stores to Ontario. We already have 5 retail stores operating selling coffee and curated paraphernalia. #onpoli #freedom

If you are a would-be cannabis retailer in Ontario, you’re going to need a structure, a lease, working capital, a contractor, management/staff, a brand, supply deals and of course...a licence! Call me I can help 👍🏻

Ontario cannabis retail news has got us like 👇 Excited clients and partners connecting to talk about opportunities 📞 @CannabisComs @canndoraclub @MarigoldPR pic.twitter.com/3NSe1QtSAi

And many a prospective seller.

My face when Doug Ford reversed the monopoly on cannabis with 3 months to go!!! #cannabis #ontario #Private #verda pic.twitter.com/CHw7JTvbCE

If the rumoured reversal moves through as planned, Toronto's recreational marijunana market could look like it has until very recently.

Some of the now-closed, privately-owned dispensaries that surfaced (illegally) around Toronto over the past few years might even be able to get back in the action.

Can't help but be really happy for Canada's cannabis crusaders in Ontario this morning. I can only imagine how much this means to your community. #Cannabis #CannabisCommunity #Ontario #CannabisAct #PrivateCannabisSales

Government sources told the Globe that the provincial government will still oversee wholesale distribution and online sales of marijuana under the new plan.

They will not, however, give the LCBO a monopoly on weed sales, or open some 150 brick-and-mortar Ontario Cannabis Store locations by 2020 as expected.

Remembering so many years of struggle, of being rejected at every turn. Not even the most powerful lobbyists thought we had a chance in hell of private cannabis retail. We were told to stop dreaming, but we never stopped believing. Next week is just the beginning! 🍁 #onpoli #mmj

Of course, with at least 40 stores scheduled to be open in three months, some are wondering if the PCs will have enough time to turn everything around.

Whatever happens, marijuana will be legal Canada-wide as of October 17 — which means that, regardless of how the province decides to regulate sales, you can smoke as much of it as you want this Halloween.

by Lauren O'Neil via blogTO
Posted by Arun Augustin at 11:53 AM