The 10 most iconic restaurants in Chinatown 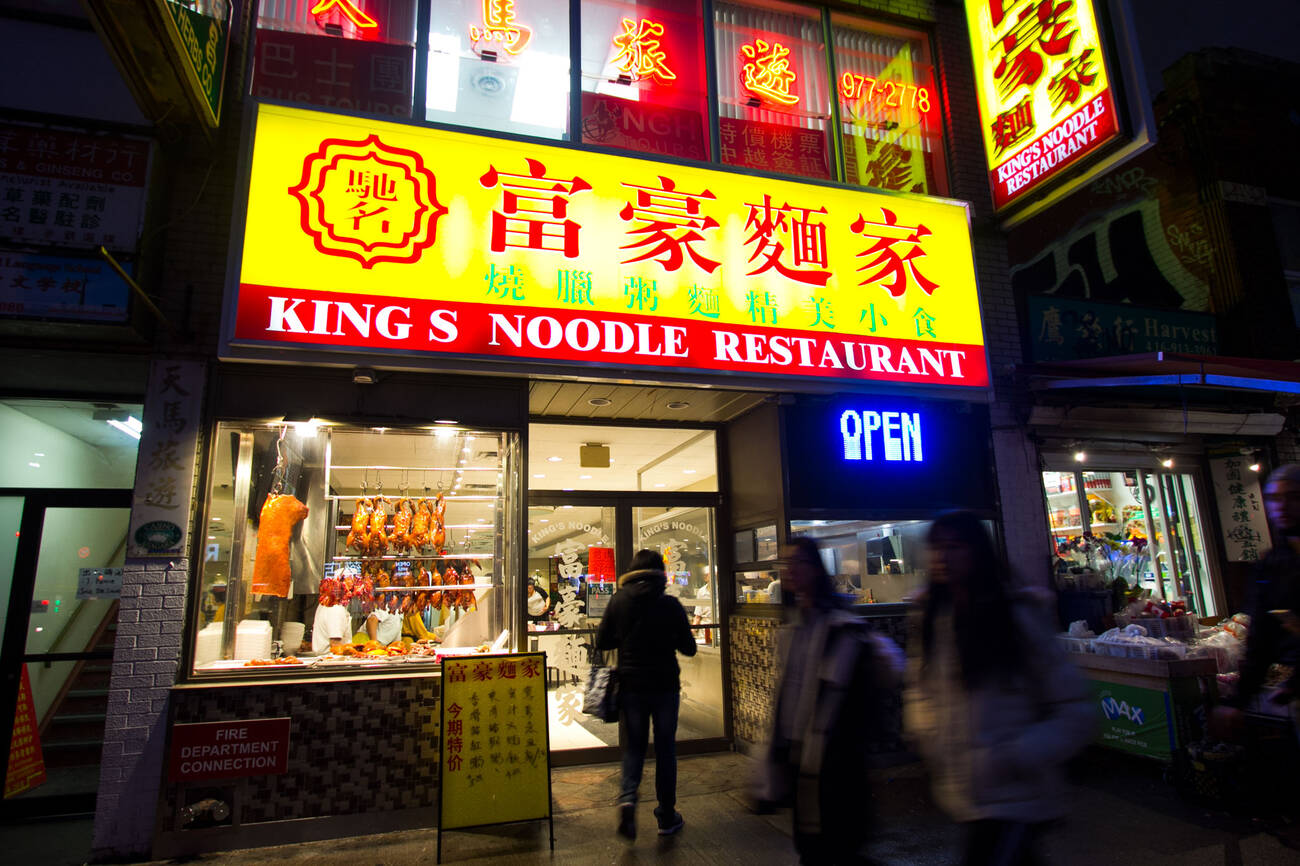 The most iconic restaurants in Chinatown have – against all odds – managed to prosper in one of Toronto's most competitive areas for food. Despite rising rent and endless competition, these neon signs  continue to define the city's most popular hood for late night eats.

Here are my picks for the most iconic restaurants in Chinatown.

Once a shi-shi club for the Chinese elite in the 90s, this dim sum spot is now renowned for its epic view of the downtown skyline. With cart service and a trip up to the top floor of Dragon City mall, you'll still get some of that exclusive flavour from days gone by.

Despite what Hollywood says, not all Chinese restaurants have secret back rooms. Rol San, however, does. It's been a quarter century since this lowkey dim sum spot began serving all-day har gow and deep fried taro dumplings in its crowded, window-less dining area in the back.

Iconic doesn't necessarily equate to good: case in point—New Ho King. The fact that this restaurant is open until 4 a.m. makes it a longtime legend for party-goers who might argue that the eats here are good, to which I say, "you're probably still drunk."

It's not a real Chinatown restaurant if it doesn't have over 700 items on the menu, right? For years, this Dundas spot has had late-night Toronto walking up its steps for affordable orders of congee and cheap-as-you-can-get lunch specials, with Hong Kong style tea on late afternoons.

It's been a comparatively short time since Mother's entered the scene – it opened in 2005 – but over the past decade and some, the comfy restaurant has become an absolute staple, growing a reputation as the go-to spot for Chinatown first-timers.

In forgiving terms, Swatow can be described as minimal (others might call it ugly) with bare bones decor, brutal fluorescent lighting, and an interior that could definitely use a reno. But its menu has long been a beautiful thing, as are its hours, closing at 2 a.m. daily.

If you've never ordered the chilli chicken right before closing time at 5 a.m., or left a Crayola-drawn masterpiece on Canton Chilli's walls, what are you doing? You're missing out on a verified Toronto rite of passage.

The lacy crusted dumplings at this bustling spot are unlike any you'll find in the area. It's been a stalwart for years, and everything from the lineups in the narrow entrance to its red walls and open kitchen make up the quintessential Chinatown dining experience.

The windows of King's have been hanging roast duck and pig for decades. With some prime real estate right at Dundas and Spadina, this restaurant is nothing short of eye-catching (for different reasons, depending on your palette) where wonton noodles reign supreme.

It's not Chinese, but it is open 24-hours and has been for what feels like forever. Fluorescent lights, gargantuan portions of Viet noodles, and lowkey amazing spring rolls have drawn those in-the-know to this understated spot for years, even if the pho isn't what it once was.

by Tanya Mok via blogTO
Posted by Arun Augustin at 4:58 AM