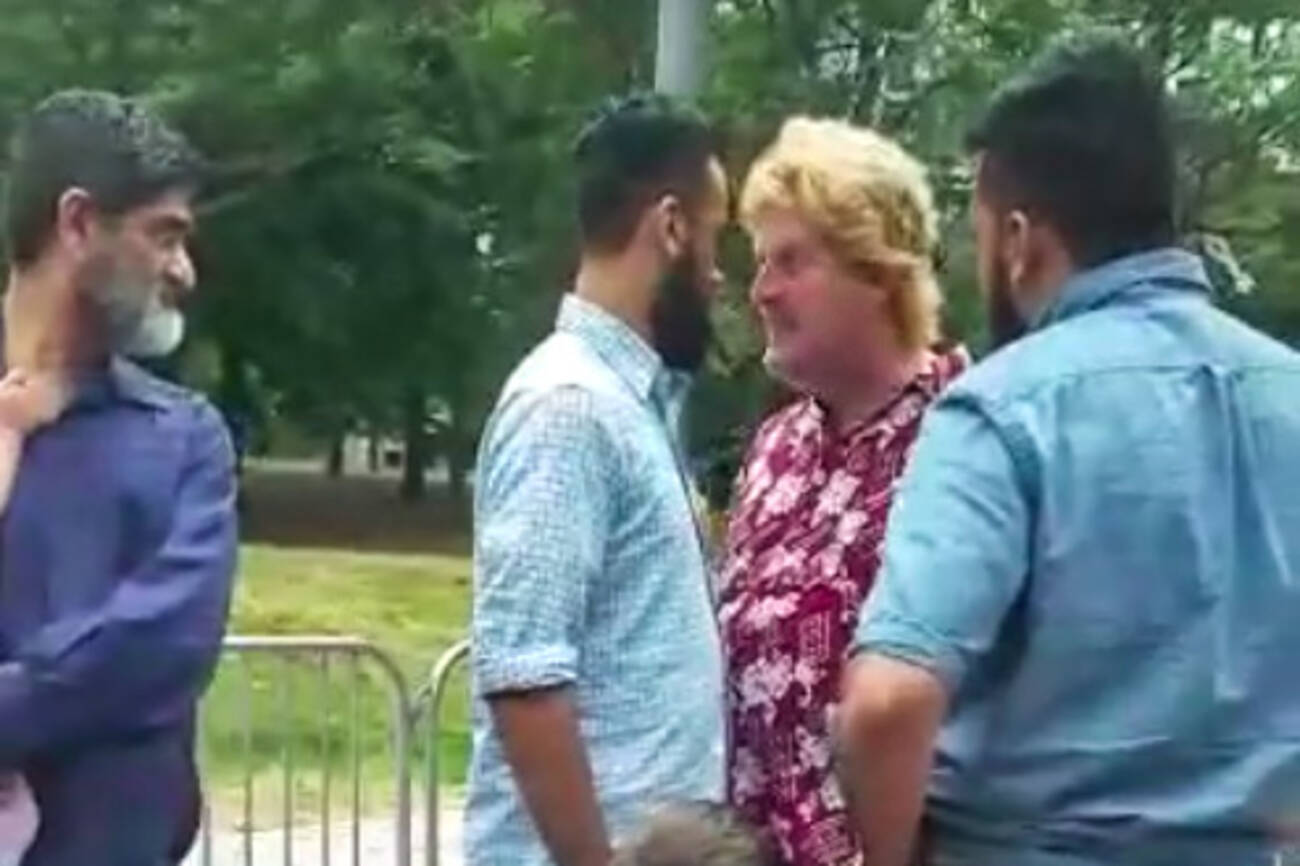 A 50-year-old man has been arrested in connection with a racially-motivated altercation that was captured on camera at Toronto's Jack Layton Ferry Terminal this week.

Police announced in a news release Friday morning that Lombray Ball of Toronto was arrested on Thursday as part of "a suspected hate-motivated crime investigation."

Ball has been charged with two counts of assault and one of threatening death after appearing in a viral video that shows a white man yelling at a family of people believed to be Muslim.

This blond white recist is harassing Muslims in the Jack Layton Ferry Terminal, Toronto. 911 called and #TorontoPolice not yet showed up. Share if you are not a racist. #CBC #CTV pic.twitter.com/nyZC25KIKt

That video, filmed on Monday, was one of several witness-shot clips in which a man wearing a Hawaiian-style shirt can be seen repeatedly demanding to know where the family in question is from.

"You don't ask me a f*cking question in my province!" the man can be heard screaming over and over again, in addition to such comments as "where the f*ck are you from?" "Welcome to Ontario, you asshole!" and "I grew up here!... Get the f*ck out of here!

Toronto Police say that the suspect "confronted two men as they walked with their family at the Jack Layton Ferry Terminal," and that he proceeded to both assault and threaten the men.

50 year old, Lombray "It's My F**ckin Province" Ball charged with 2 counts of assault and 1 count of threatening death. https://t.co/LTmsGxMi1g

Ball is scheduled to appear in court at Old City Hall on Friday, June 27.