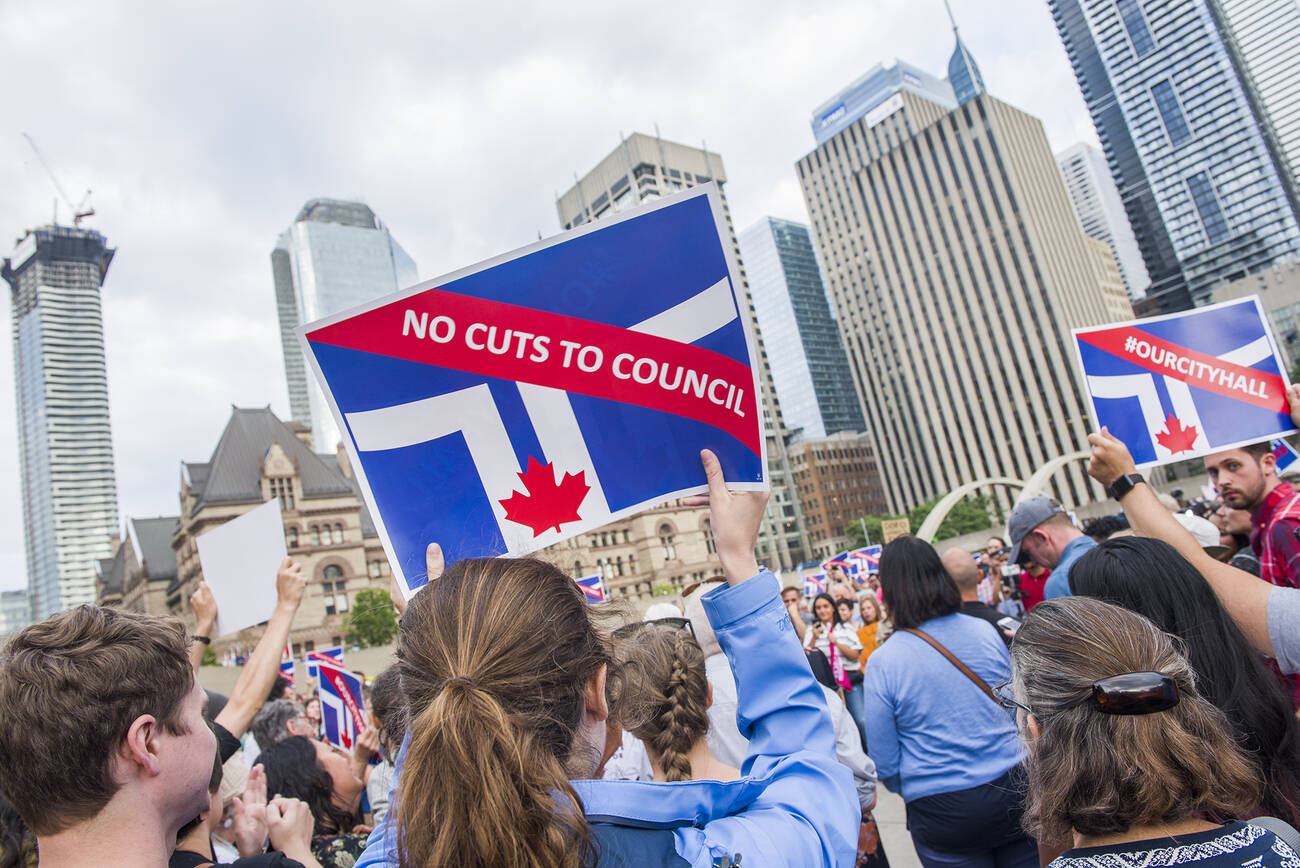 Hundreds of people gathered outside of City Hall yesterday evening to protest Premier Doug Ford and his proposal to cut council seats from 47 to 25. 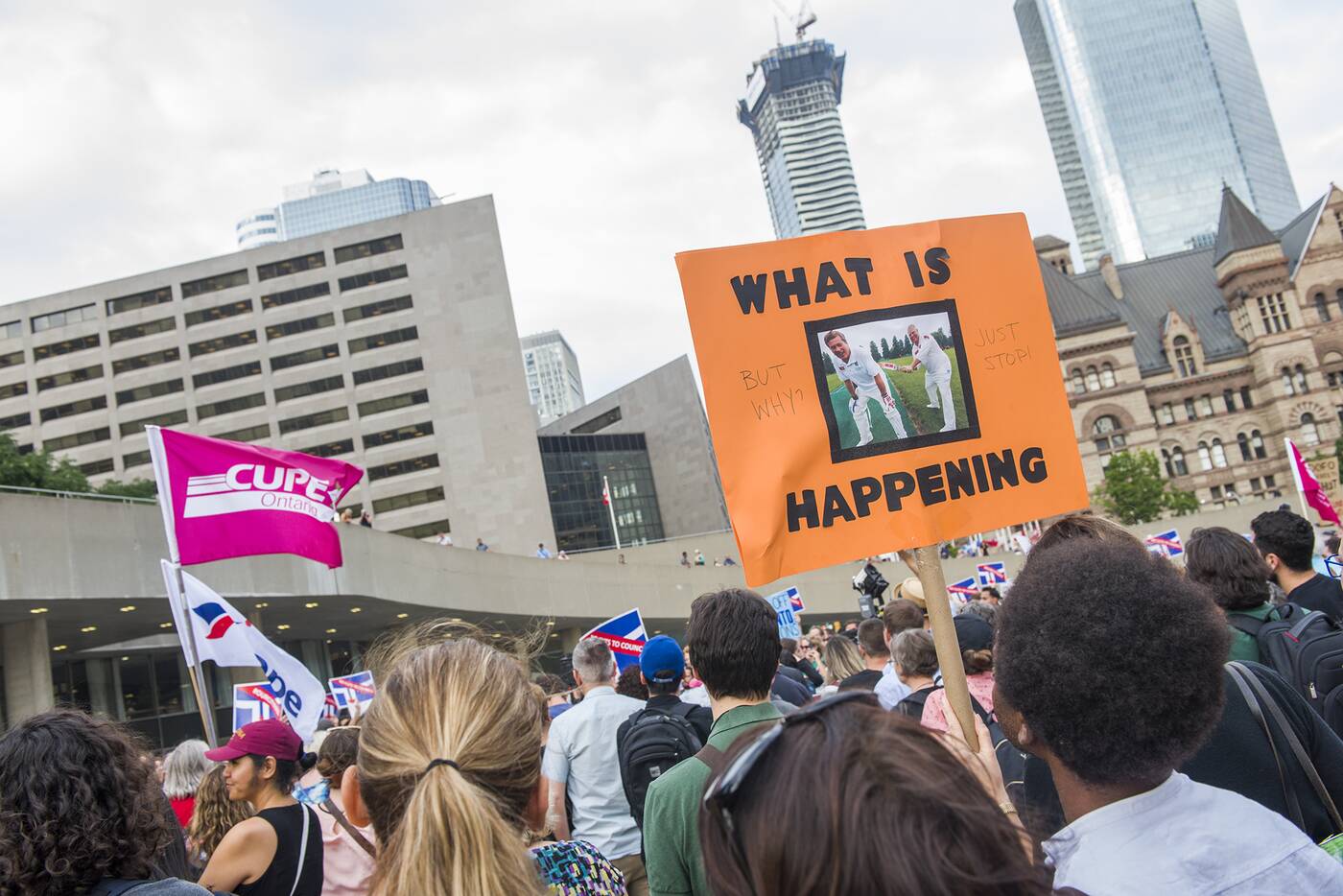 Residents wielding signs gathered in Nathan Phillips Square around 6 p.m. as city council sat inside City Hall debating emergency motions in the wake of Ford's plan to cut city council nearly in half. 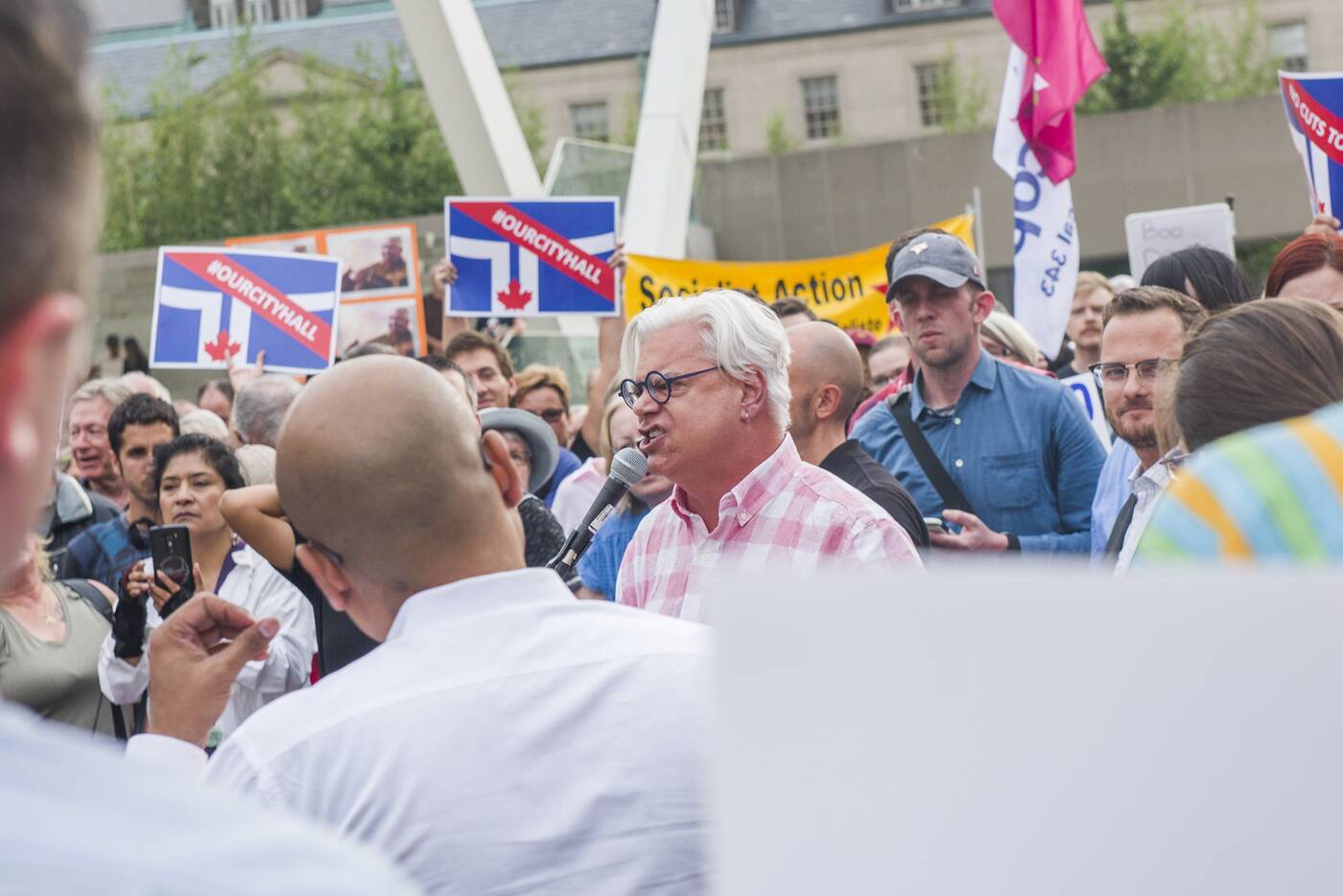 At some point, the action also took place inside the building, where protestors chanted and clapped within the main entrance of City Hall. 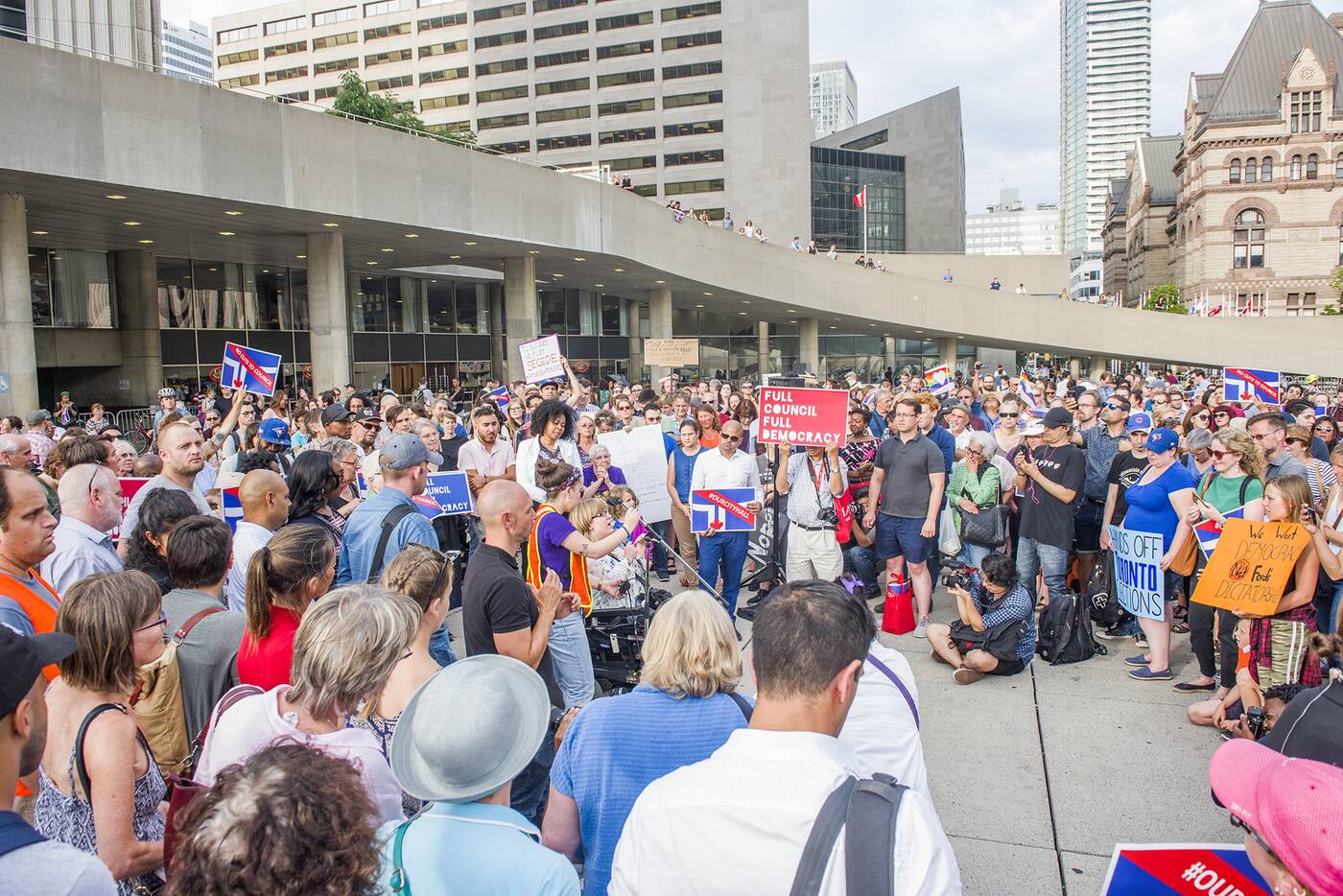 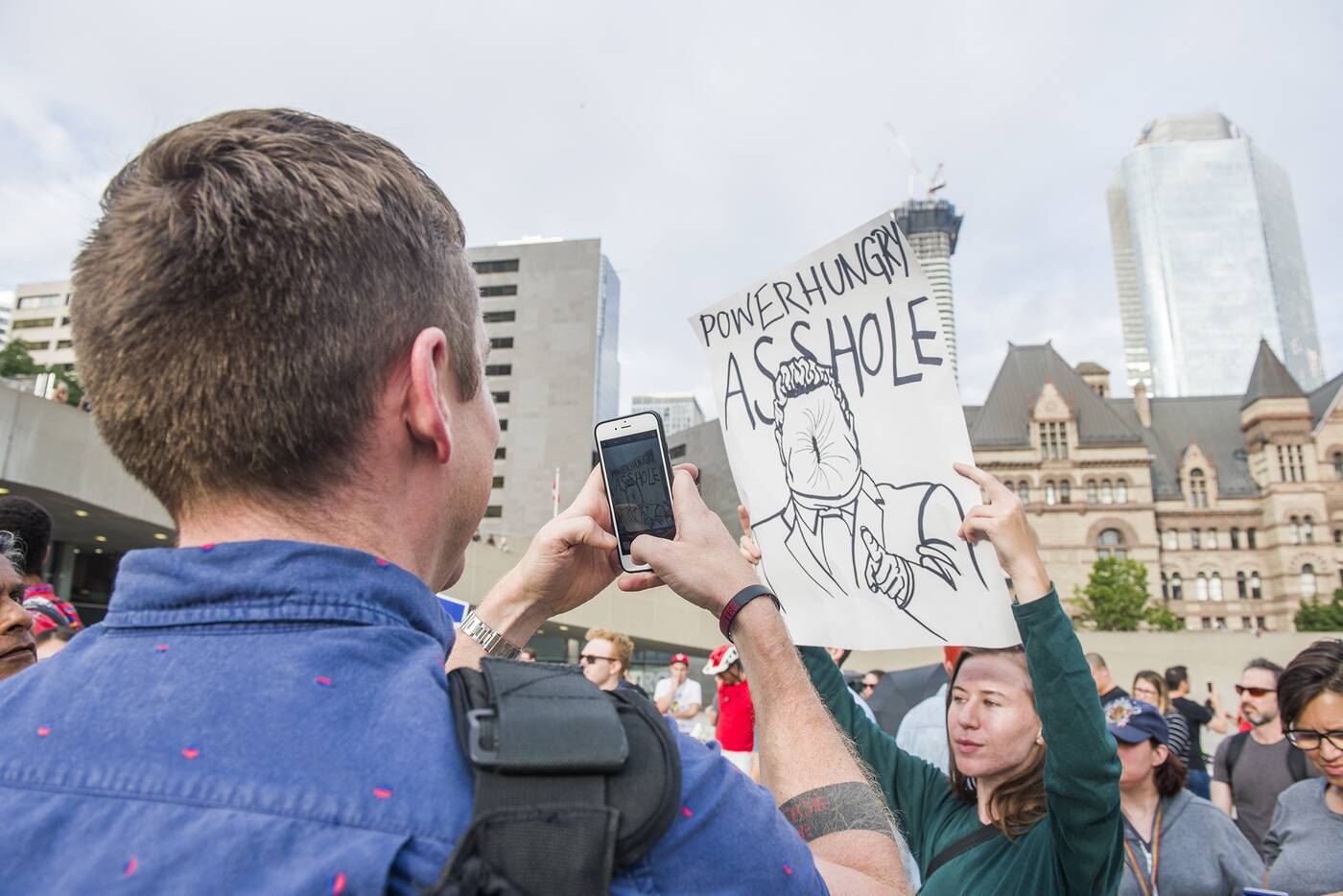 Standard signs with the words #OurCityHall and 'No Cuts To Council' were the main forms of protest, though there were plenty of original statements present. 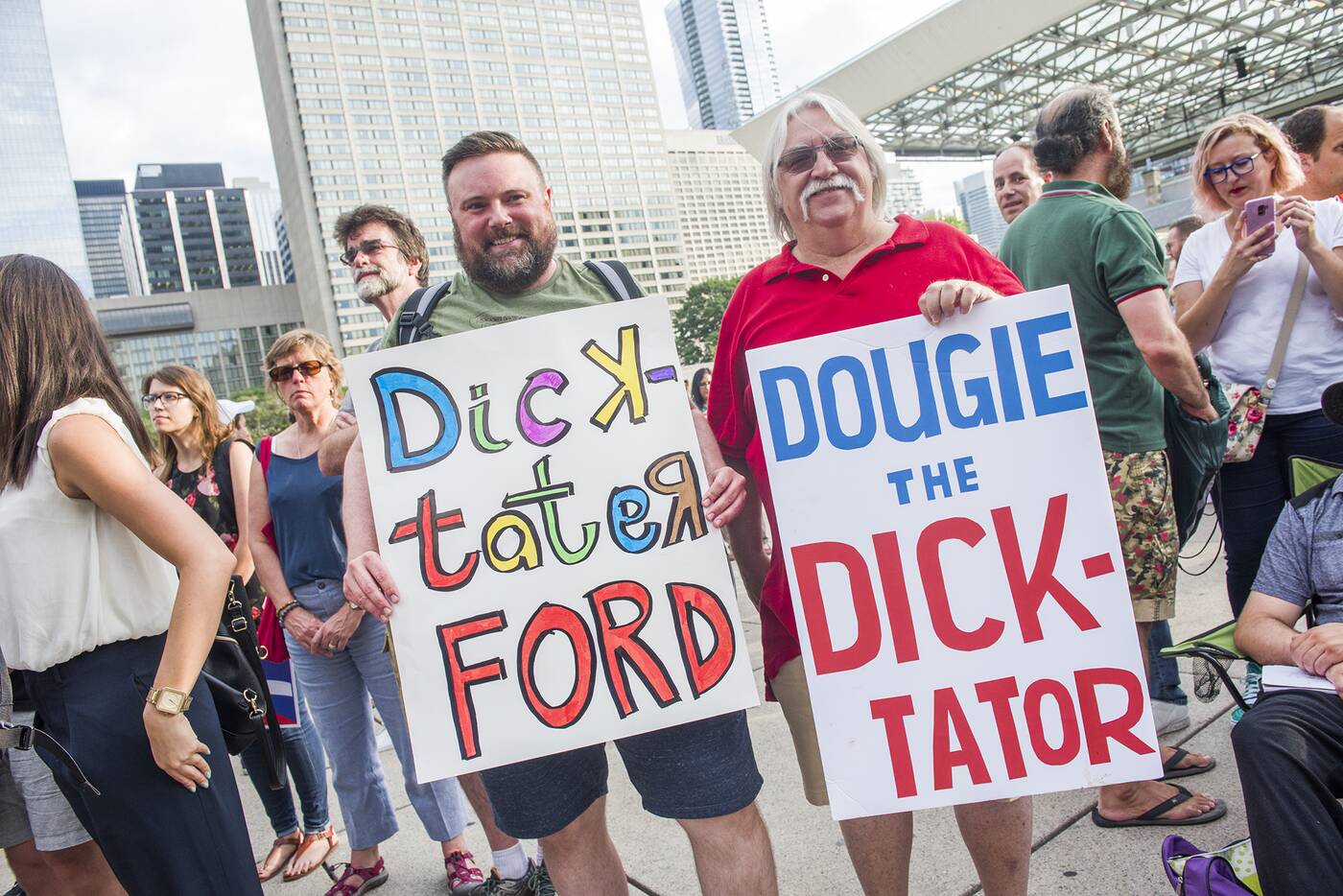 'Hands off Toronto elections' and 'Full Council Full Democracy' were just some of the messages being blasted yesterday. 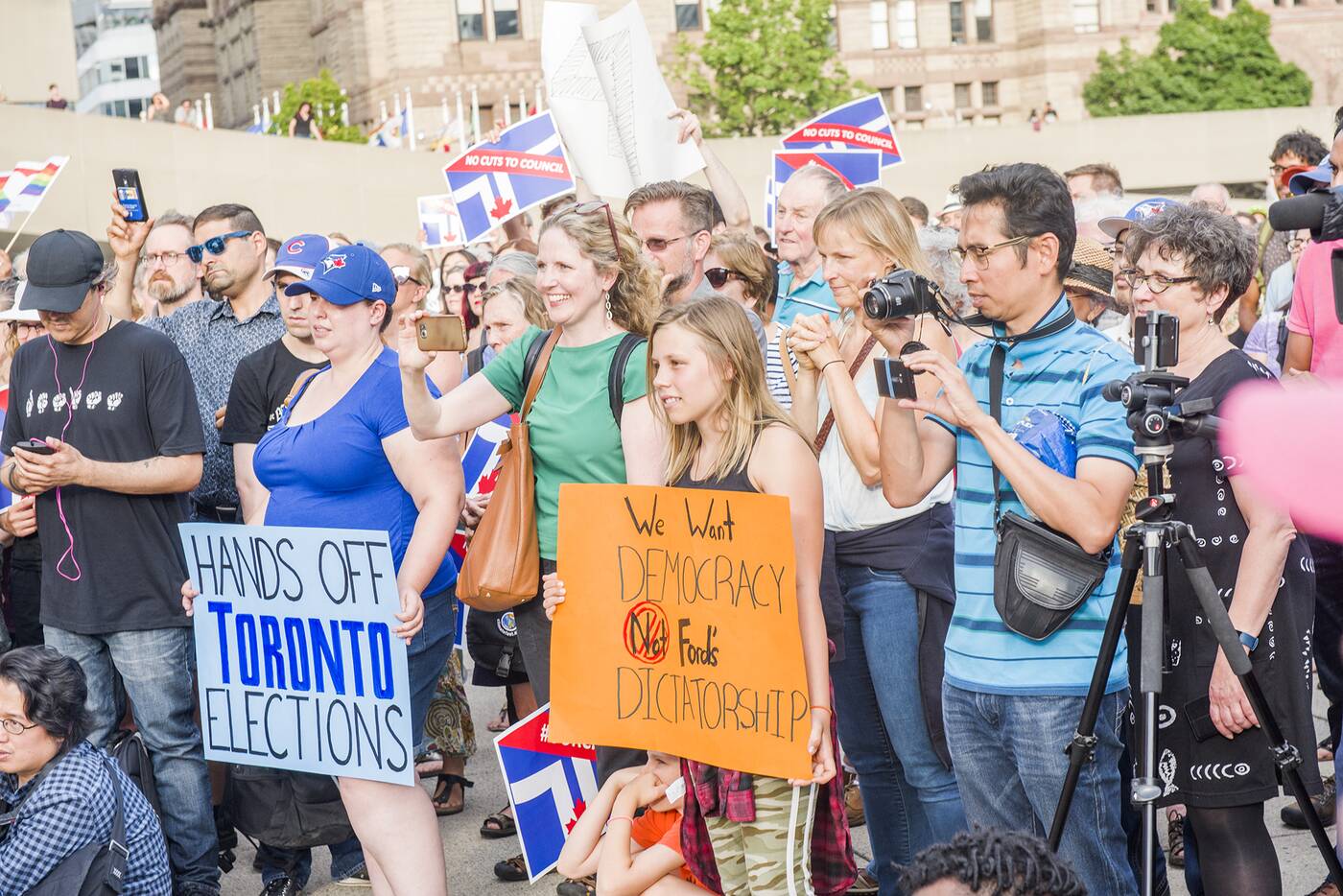 Present was also a sign that said, 'To succeed we must secede' followed by the hashtag #ProvinceOfToronto, in the wake of mayoral candidate Jennifer Keesmaat's call for the city to break off from the rest of Ontario. 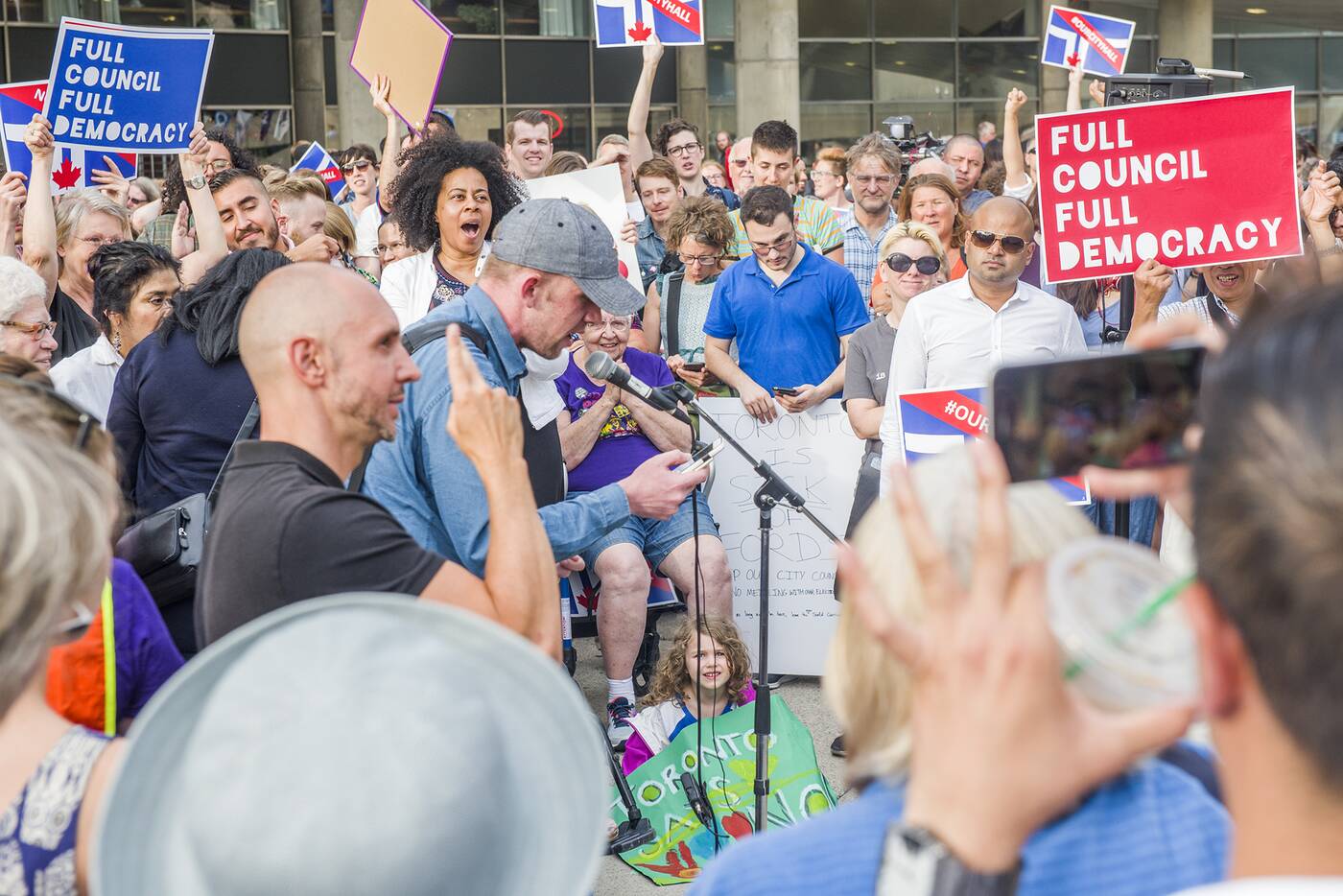 The protest featured songs, spoken word and speeches, and protestors. 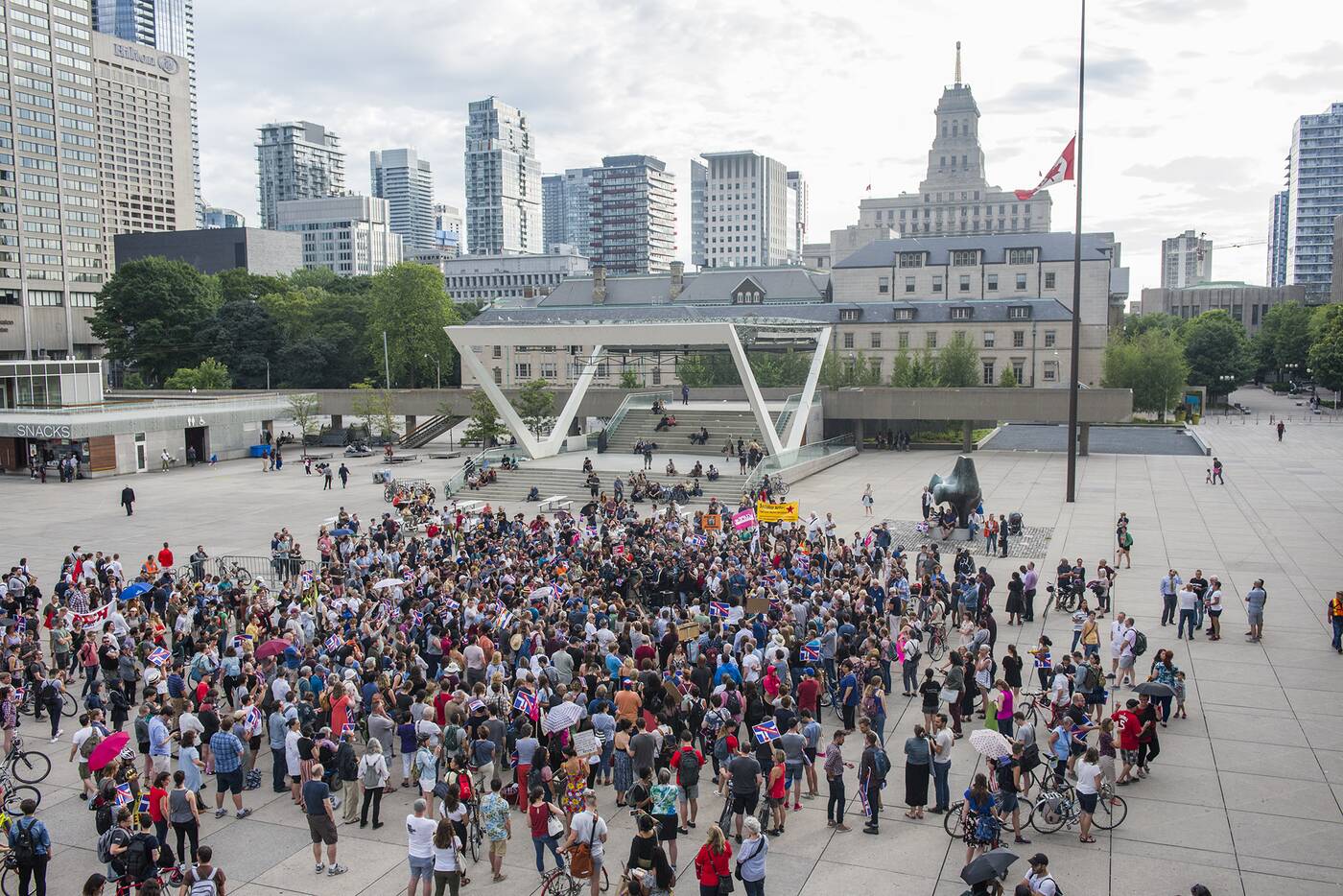 by Tanya Mok via blogTO
Posted by Arun Augustin at 10:13 AM