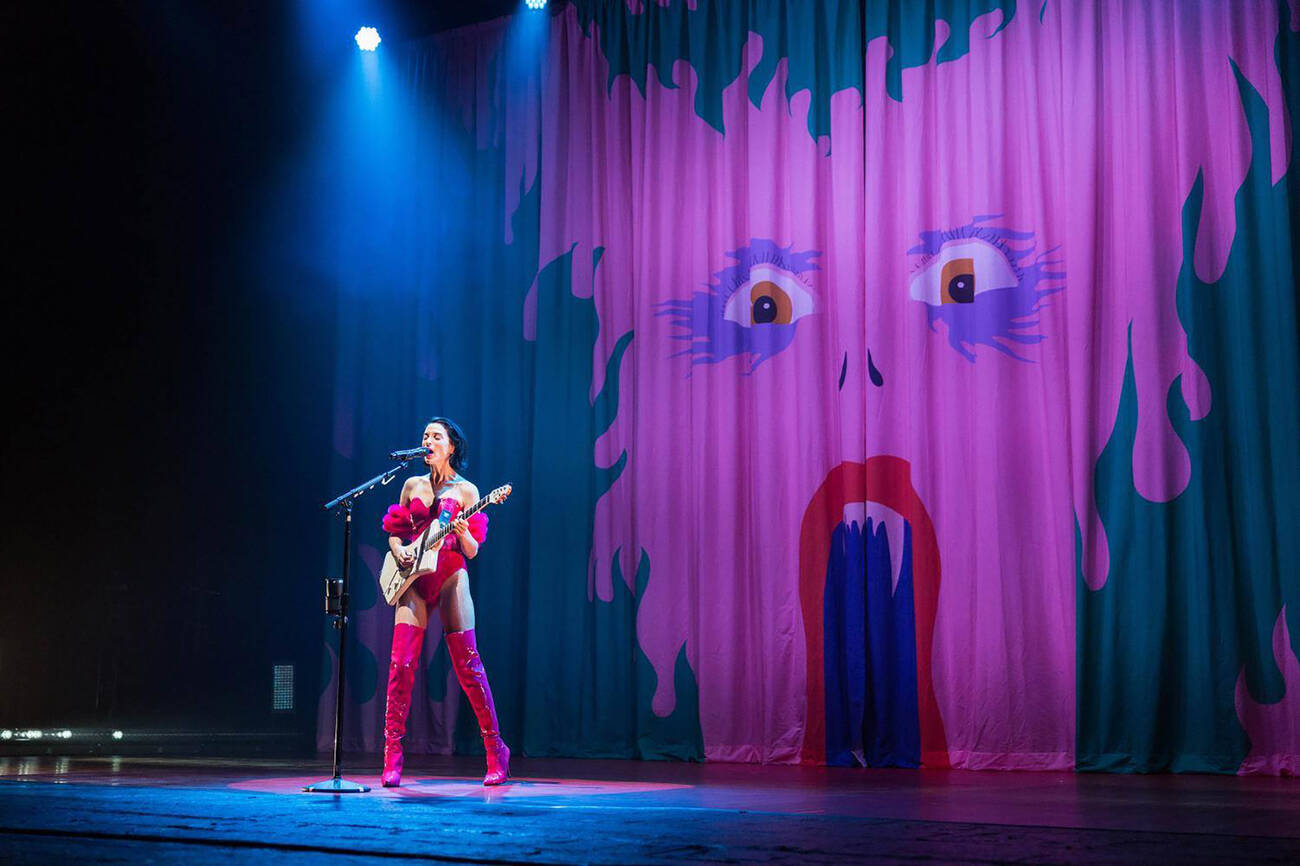 There's lots going on in Toronto, and events today include a performance by St. Vincent and a free outdoor movie screening. There's a a big soca party in celebration of Caribana week and a free concert by Shy Kids.

St. Vincent (July 31 @ Sony Centre for the Performing Arts)
Everyone's favourite avant-pop electro queen St. Vincent is in Toronto for the night, playing hits off her most recent album, Masseduction.
20 Feet From Stardom (July 31 @ Yonge-Dundas Square)
Backup singers for Michael Jackson, Mick Jagger and Sting tell their stories at this outdoor screening in the heart of downtown.
416 Light Up The Night (July 31 @ Withrow Park)
Individuals representing theatre, film and TV are looking to pay their respects to the victims of the Danforth Shooting with a candlelight vigil.
Sylvan Esso (July 31 @ Danforth Music Hall)
Heavy on the synth, light on the pop; Sylvan Esso have been making waves after the release of their second album What Now.
Them (July 31 @ The Royal Cinema)
This edition of Queer Fear looks to enjoy, challenge and examine this 1954 sci-fi thriller's ideas of a 'nuclear family.'
Lonely Parade (July 31 @ The Baby G)
Montreal's Lonely Parade is quickly gaining a reputation for quality punk rock pop, and they're here with T-Rextasy and Mother Tongues.
Tuesday on the Rocks (July 31 @ Rebel)
Tuesday are for soca and a this big scoop party featuring Kes the Band is going down in celebration of Caribana week in Toronto.
Rated PG (July 31 @ Smiling Buddha)
It's a night for emerging artists to show their stuff at this party for all genres, plus dance, music, visual art and more.
Find Her Tonight (July 31 @ Burdock)
A night of mixed theatre and performances written by young Canadians is on, touching on topics like dating and relationships.
Shy Kids (July 31 @ Sir John A. MacDonald Plaza - Union Station)
Toronto's own Shy Kids are performing their quirky, upbeat tunes during this free outdoor concert as part of Union Summer.

by Lisa Power via blogTO
Posted by Arun Augustin at 5:41 AM