The car-sharing debate isn't over in Toronto 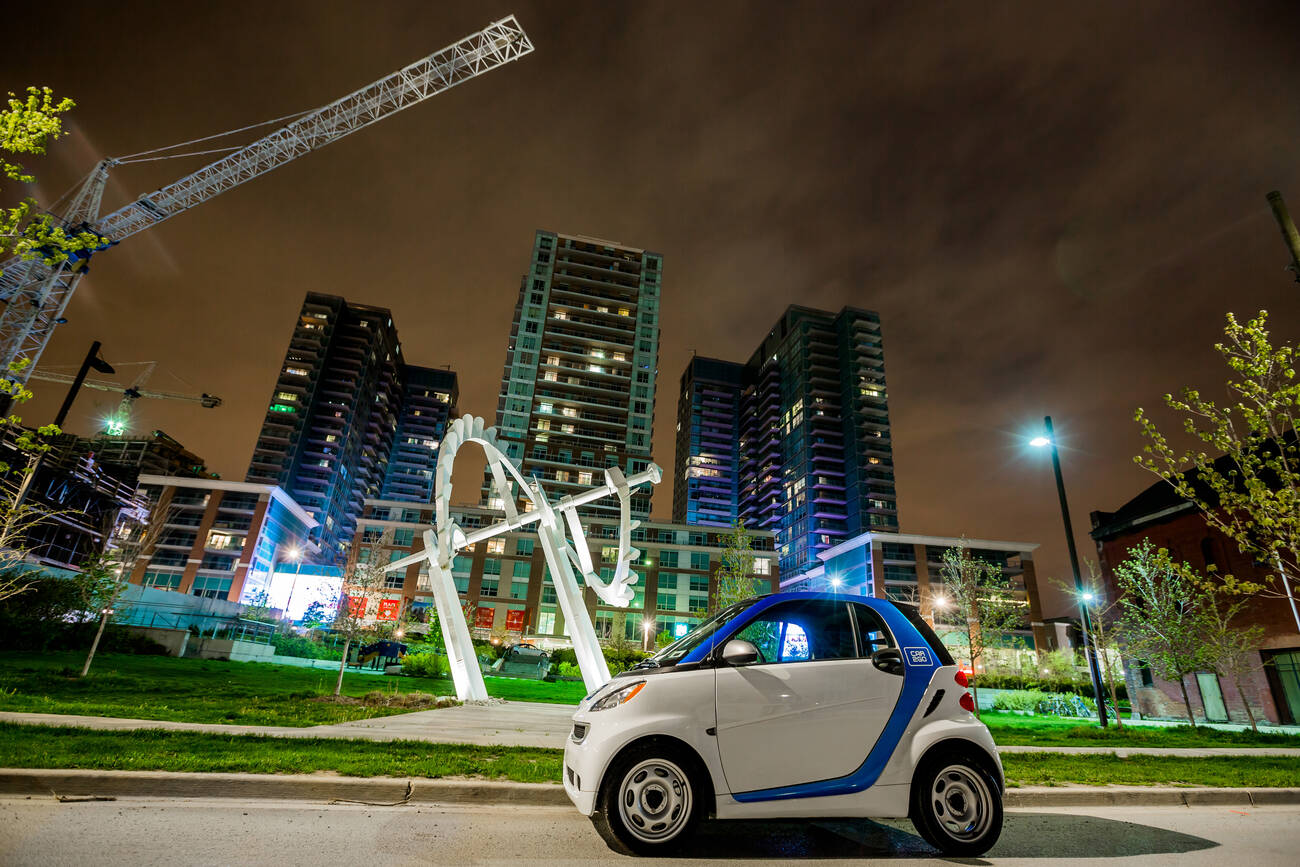 Two months ago, the world's largest car-sharing service left Toronto in a fit of fury, shaking its fist at City Council on the way out for refusing to even test a free-floating car-share pilot on residential streets.

Now, the issue is coming up at City Hall once again — and if councillor Mike Layton's updated version of the original policy is adopted, Car2go might come back to The 6ix, no doubt pleasing roughly the 80,000 Torontonians who once used the service.

"Until now, car-share vehicles needed to be parked in a limited number of dedicated parking spots – this is about to change," wrote Layton on his website last week in an appeal for citizens to sign a petition.

"We know there are over 200,000 residents who use car-sharing services in Toronto. Let’s make sure our voices are heard loud and clear," he continued. "Reducing car ownership can reduce parking pressure on neighbourhood streets and reduce traffic congestion on city streets."

I've signed the petition by @m_layton to make Toronto a friendly place for car sharing services like @car2go, please do if you want to less congestion, more space on our roads, and more choices in how to get around. https://t.co/QIBPP00dtP

Layton explains that a proposal going before council tomorrow is to start a pilot program for roaming parking permits, and only for a limited amount of car-share vehicles.

"There will be rules to help avoid bunching many car-share cars on single streets, restrict parking in areas which are already oversubscribed for parking permits, and ensuring vehicles aren’t parking illegally," he noted.

The pilot would allow eligible Toronto residents to park on the street in areas with overnight parking permits when they want to end their trips, as opposed to taking car-share vehicles back to a small, specific lot.

We have a new set of recommendations that could bring @car2go back (we have been in touch) and improve the likelihood @Communauto will come.

While City Council did shoot down a similar proposal earlier this year (the vote was a decisive 30-2), the revised version of it has some key differences thanks to the input of seven different car-share companies that Layton says will "improve the viability of the Free-Floating Car-Share Pilot."

There's a chance City Council will vote differently this time around, swayed by the backlash from citizens after Car2go left, but only time can tell.

If things go as they should, we'll find out during another marathon meeting at City Hall on Wednesday.