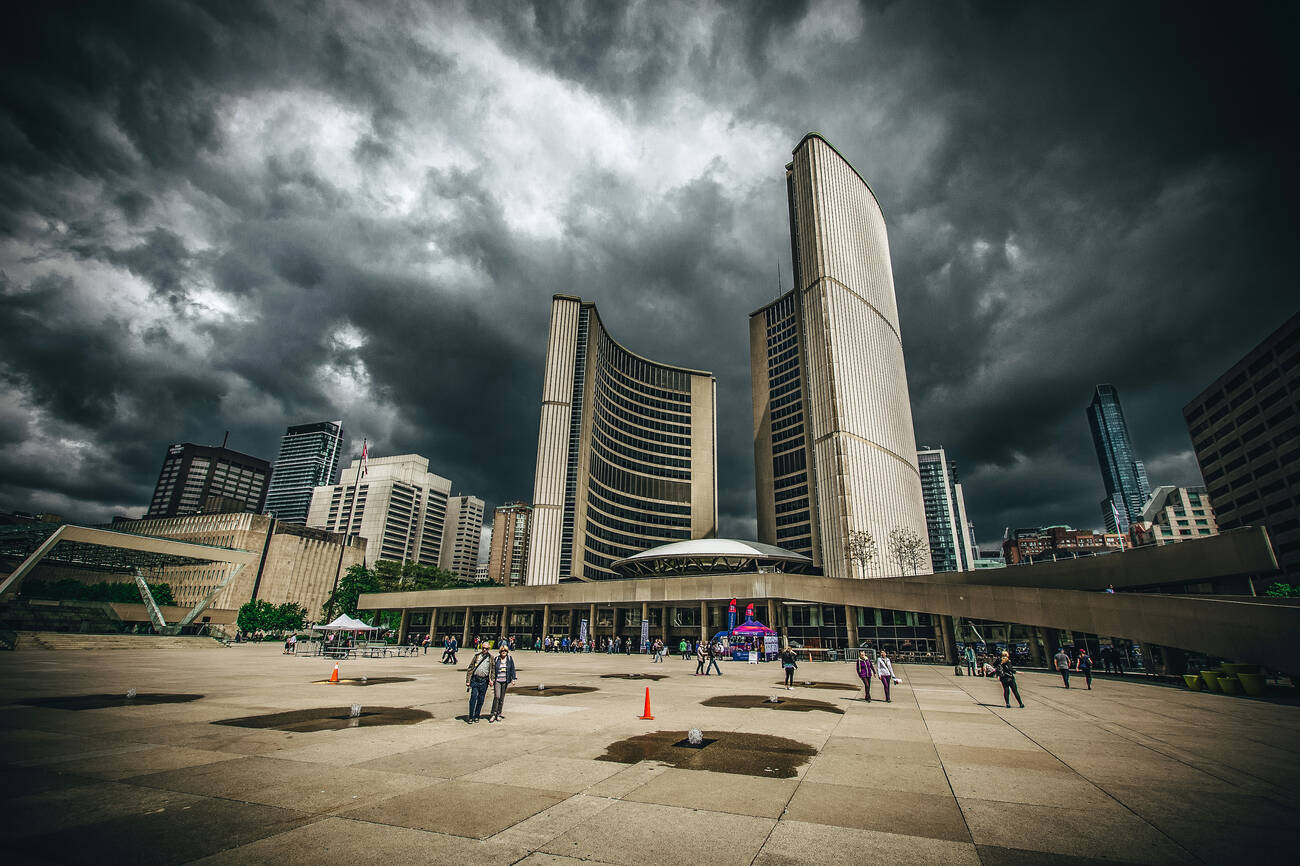 The Mayor of Toronto isn't about to let Ontario's brand new premier waltz in and eliminate roughly half the seats on city council — not without a fight, not during an election, and not without even so much as warning citizens first.

"What we don't need, and what I just can't support, is change being rammed down our throats without a single second of public consultation," said John Tory on Friday morning to reporters at City Hall.

Tory was speaking in response to reports that Doug Ford is planning to reduce the number of city councillors in Toronto from 47 to 25, as well as scrap the long-planned expansion of ward boundaries ahead of this fall's municipal election.

Ford's office had yet to comment on the plan as of Tory's press conference, but the mayor confirmed that he had spoken with the premier and that he has "grave concerns about the way this is being done."

"I'm angry at the process because I think it is disrespectful of the people, most of all, in that I think people, when there's a major change being made to their civic democracy, deserve to be consulted in one way, shape or form," said Tory during this morning's press conference.

Not long after Tory's press conference at City Hall, Ford announced at Queen's Park that he will be introducing legislation to make the rumoured changes.

"Now, more than ever, the City of Toronto needs to get some big things done," Ford said, calling Toronto city council the "most dysfunctional political arena" in the country.

"It will only get worse if Toronto city council grows from 44 to 47 politicians," Ford said. "People care about getting things done, they don't care about politicians."

Part of Ford's plan, according to the Toronto Star, includes reopening nominations for the Oct. 22 municipal election until mid-September, despite the fact that hundreds of candidates have already started fundraising and campaigning.

Many in the city are wondering aloud on Twitter why Ford didn't mention making such changes to Toronto City Council — let alone in the middle of a planned election — while campaigning to become premier.

Some are even suggesting that Ford is acting out of "revenge" after being defeated by Tory in 2014's mayoral race.

"Along with potentially creating council havoc for Toronto Mayor John Tory," wrote The Star when breaking news of Ford's plan last night, "the premier appears to be taking aim at Brown and Del Duca, the frontrunners to win the chair jobs in York and Peel."

Doug Ford's plan to slash Toronto City Council has nothing to do with "efficiency", and everything to do with exacting revenge on a city that hated his brother for turning it into an international laughing stock, and was too smart to vote for him in June. #topoli #onpoli

Tory, who accused the premier of "meddling" in Toronto's democratic process, said on Friday morning that he will be moving an emergency motion for a referendum.

"It is my job to stand up for the people of Toronto," said the mayor. "The people should decide."

by Lauren O'Neil via blogTO
Posted by Arun Augustin at 8:18 AM