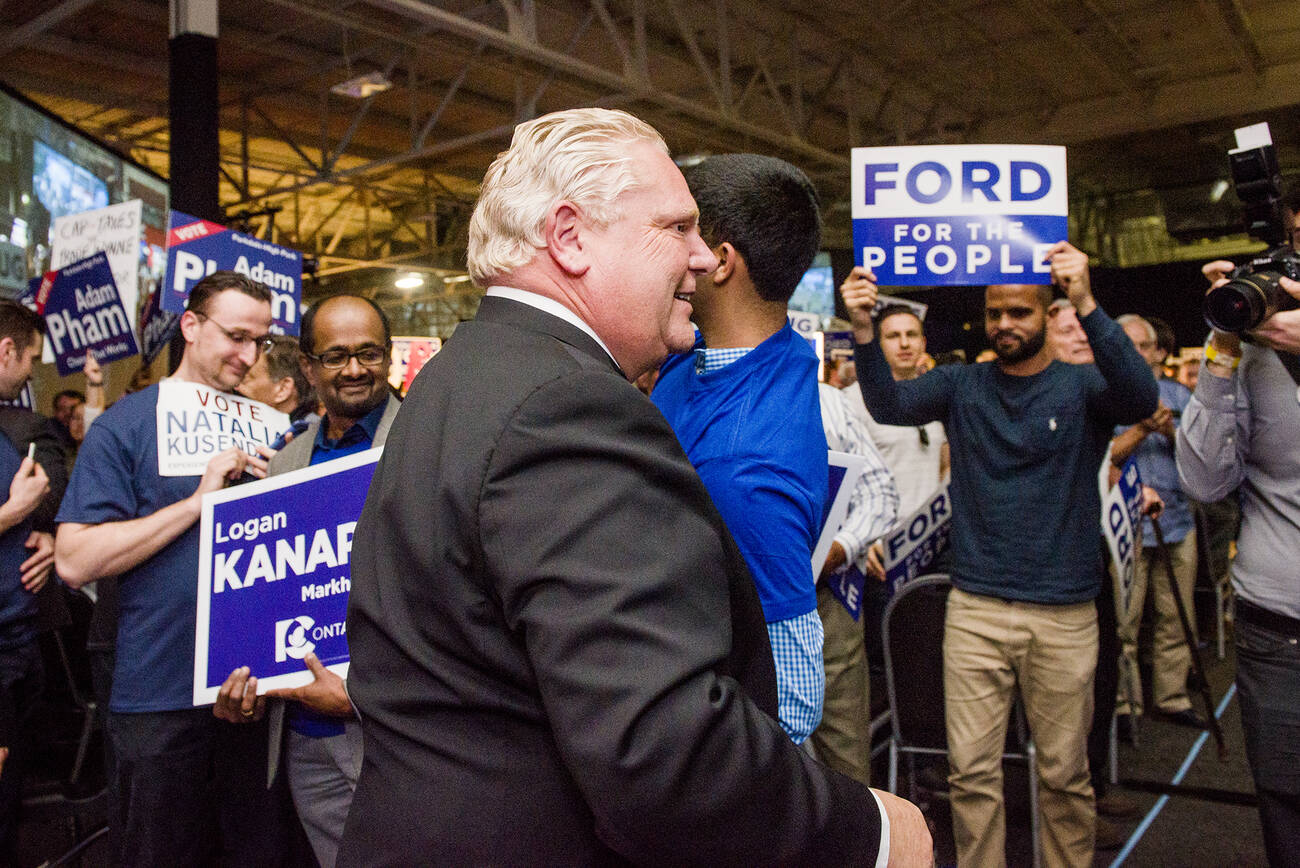 Almost 600 people (and counting) have indicated that they will be attending a freshly-announced protest this evening outside Toronto City Hall.

"This rally is about representation and local democracy," reads the event's description on Facebook. "It's about rejecting Doug Ford and his PC agenda of austerity and bigotry. He needs to reverse his course of action immediately."

The protest, organized by activists Riley Petersen and Terra Loire, is being staged in response to Ford's surprise announcement of plans to cut Toronto City Council nearly in half, from 47 seats to 25.

ATTN #TOpoli and #ONpoli: here is the agenda for tonight’s rally! ❤️

We’re looking to pack Council Chambers at 5pm so if you’re around join us for that and then rally outside at 6pm with this awesome lineup of speakers! #OurCityHall #FordCutsTO pic.twitter.com/QT7hUoY4Ex

Attendees are welcome to arrive as early as 5 p.m. and "pack council chambers" ahead of the rally, according to Petersen, but things will kick off in an official sense at 6 p.m.

"What I just can't support, is change being rammed down our throats without a single second of public consultation," said Toronto Mayor John Tory earlier on Friday in response to reports of Ford's plan.

The mayor has accused the premier of "meddling" in Toronto's democratic process and announced an emergency motion this morning to call for a referendum.

"It is my job to stand up for the people of Toronto," he said. "The people should decide."

Whether or not a referendum happens remains to be seen, but the people will definitely let their voices be heard about the issue tonight in Nathan Phillips Square.

by Lauren O'Neil via blogTO
Posted by Arun Augustin at 9:58 AM