Toronto is buying a house so it can save a tree 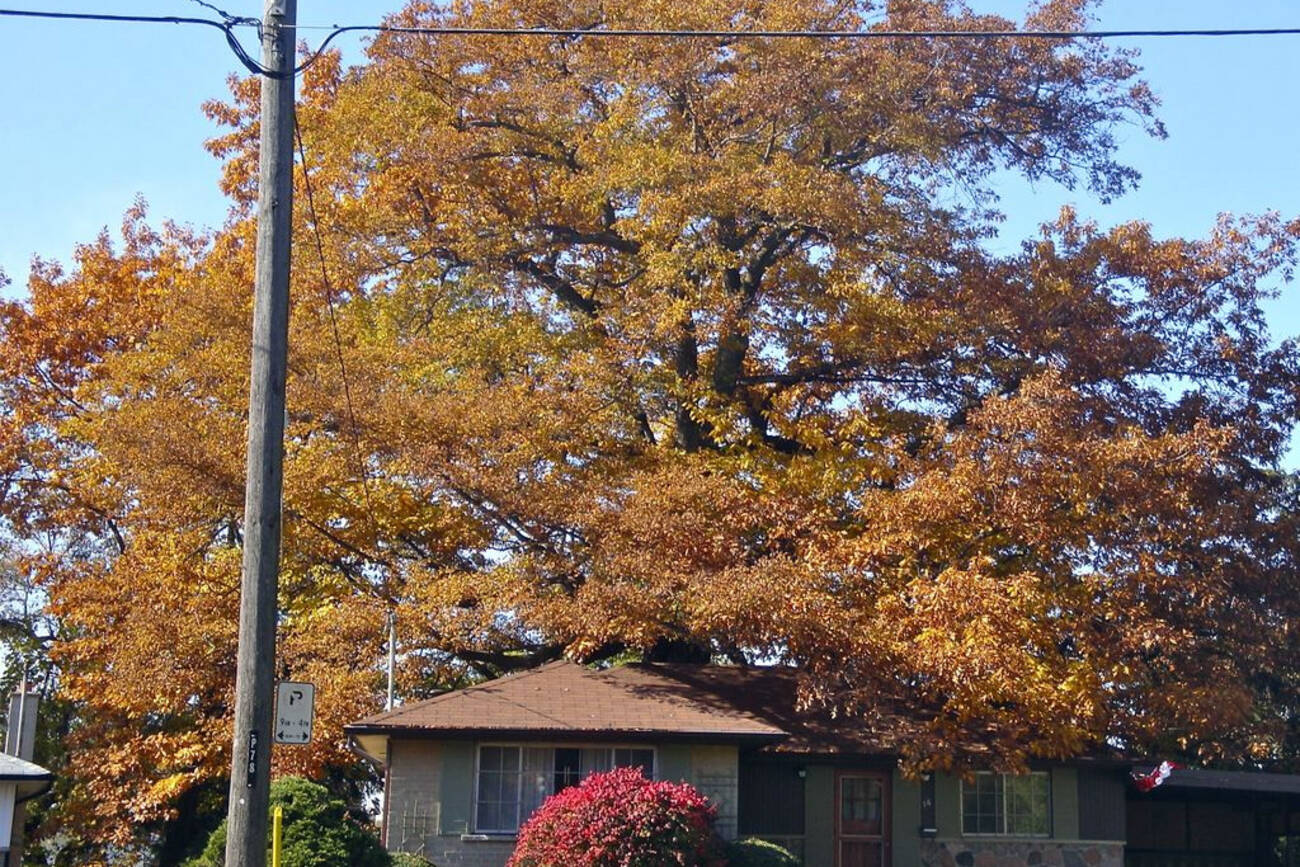 A towering red oak tree that pre-dates Canada itself by more than 100 years will continue to live out its days in peace, thanks to Toronto City Council.

Councillors finally voted on Monday to move forward with a plan to acquire 76 Coral Gable Drive in North York. The decision comes after years of discussion and research into the property, which holds a tree that experts believe to be between 250 and 350 years old.

Toronto Council recently voted without debate to enter negotiations with a west-end homeowner to buy their house in an effort to save a 350-year-old oak tree on the property. https://t.co/V0rASLRshN pic.twitter.com/C9z6Mk2CbL

"Due to its size, age and cultural significance, the red oak tree at 76 Coral Gable Drive is recognized as a heritage tree under Forests Ontario's Heritage Tree Program," reads a report that went before the city's government management committee last month.

"The City is now in contact with the homeowner and has undertaken its due diligence regarding the structural and botanical condition of the red oak tree," it continues, noting that an independent arborist's analysis revealed that, "despite its age, the tree is in fair to good condition, based upon its structure and health."

The property once belonged to a man who fought on the loyalist side during the Upper Canada Rebellion of 1837 and it's home to a 350 year old oak tree #Toronto #RealEstate https://t.co/4dyJj6aSrd

The issue first came to light in 2015, when the property was sold to a private citizen who, in turn, put it back up for sale a few years later.

Councillor Giorgio Mammoliti put forth a motion at the time for the city to "initiate acquisition of the property," and source a report on "providing increased levels of protection for significant trees."

The report back recommended that, because the city has no authority over privately-owned trees, Toronto purchase the Emery Village home from its owner. A third party organization would raise funds to maintain the tree (as well as 26 other historically significant trees in the city, if the owners of properties they sit on decide to sell.)

Fans of the tree (yes, the tree has fans) have been fighting for the city to move forward with plans to save it ever since and, as of this week, they can officially rest easy.

Council has granted staffers authority to negotiate the acquisition of 76 Coral Gable Drive, with "at least 50 percent of the determined market value being funded from private donations."

Terms and conditions for the sale are outlined in a confidential attachment, so it is not yet publicly known how much money has been raised by private donors, or how much will be spent on buying the property.

Still, this is good news for the historic red oak tree and those who want to see it stick around. Oaks can live for up to 1,000 years, after all, if humans don't cut them down first.

by Lauren O'Neil via blogTO
Posted by Arun Augustin at 7:46 AM