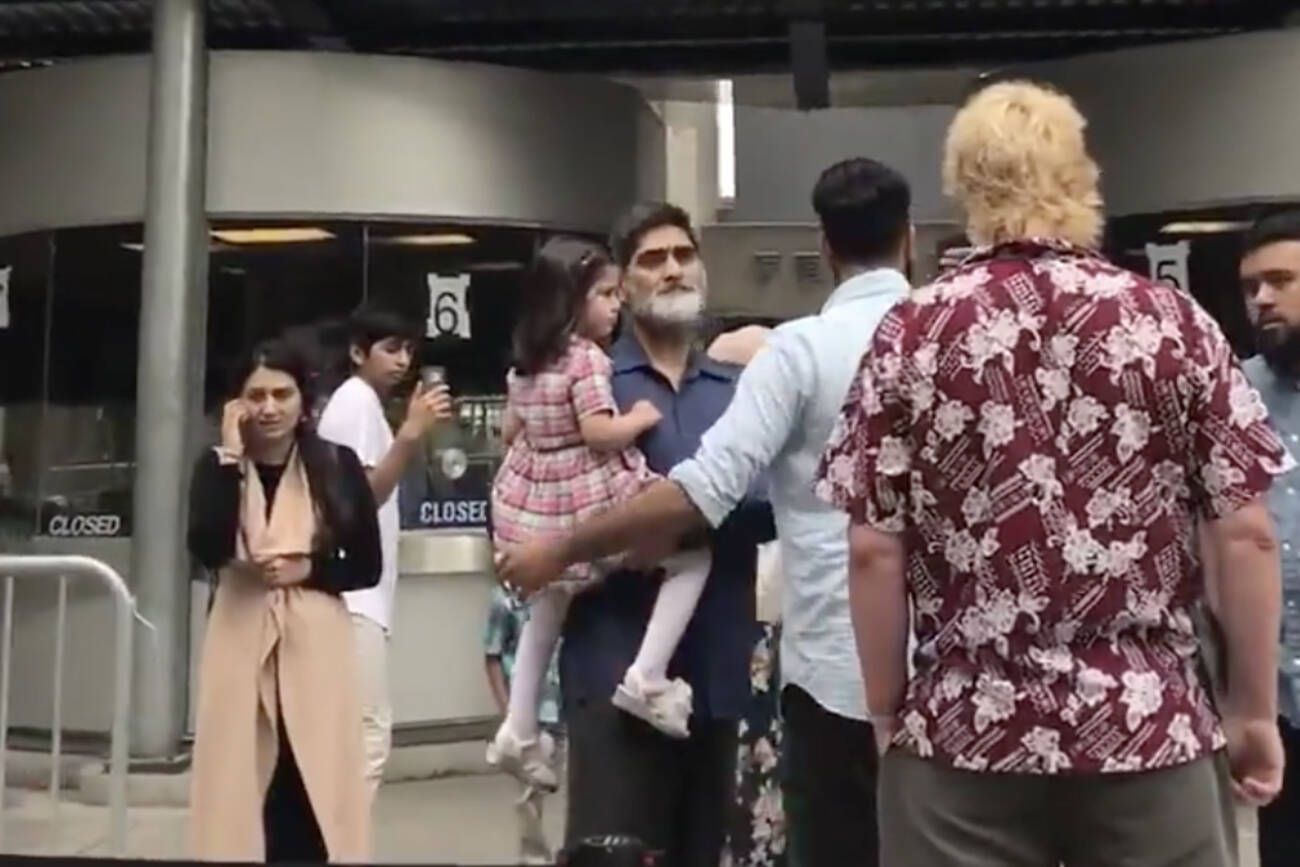 Disturbing video footage is making the rounds online today. In it, a man who appears to be drunk hurls racist remarks at a group of people at Toronto's Jack Layton Ferry Terminal.

The clip, filmed Monday and posted to Reddit on Tuesday, begins with a blonde man in a Hawaiian-style shirt approaching two younger men and a small boy.

"Where you at?" says the blonde man, getting aggressively close to a man with a blue checkered shirt. The man in blue remarks that the blonde man's breath smells like alcohol and shoos away the child.

The blonde man rams his body into the younger man several times, and pushes are exchanged as a woman can be heard calling the police. The man being attacked calmly tells his family members to back up and walk away.

"Where the fuck are you from?" the blonde man asks the group at one point, to which a woman replies "We were born here as well!"

The man, who appears to be drunk, only gets angrier, again screaming forcefully "YOU DON'T ASK ME A QUESTION IN MY F*CKING PROVINCE! I GREW UP HERE!... GET THE F*CK OUT OF HERE!"

This goes on for a while, and when security guards finally show up, they can do little to calm the man down. At one point, he literally yells "I WILL F*CKING KILL YOU" at the guy in a blue shirt.

This blond white recist is harassing Muslims in the Jack Layton Ferry Terminal, Toronto. 911 called and #TorontoPolice not yet showed up. Share if you are not a racist. #CBC #CTV pic.twitter.com/nyZC25KIKt

Eventually, the guards manage to get the yelling man away from the group, but not until he leans over to scream "WELCOME TO ONTARIO, YOU ASSHOLE!" — which makes little sense, as the younger man had already explained multiple times that he was born in Toronto.

You can watch the full video, originally uploaded by a user called VeganAcademy in the r/iamatotalpieceofshit subreddit, right here.

Hundreds of people have commented on that post, as well as a crosspost in r/toronto, to express their disbelief and also argue about who the blonde guy looks like: Gary Busey, Donald Trump or Uncle Joey from Full House? 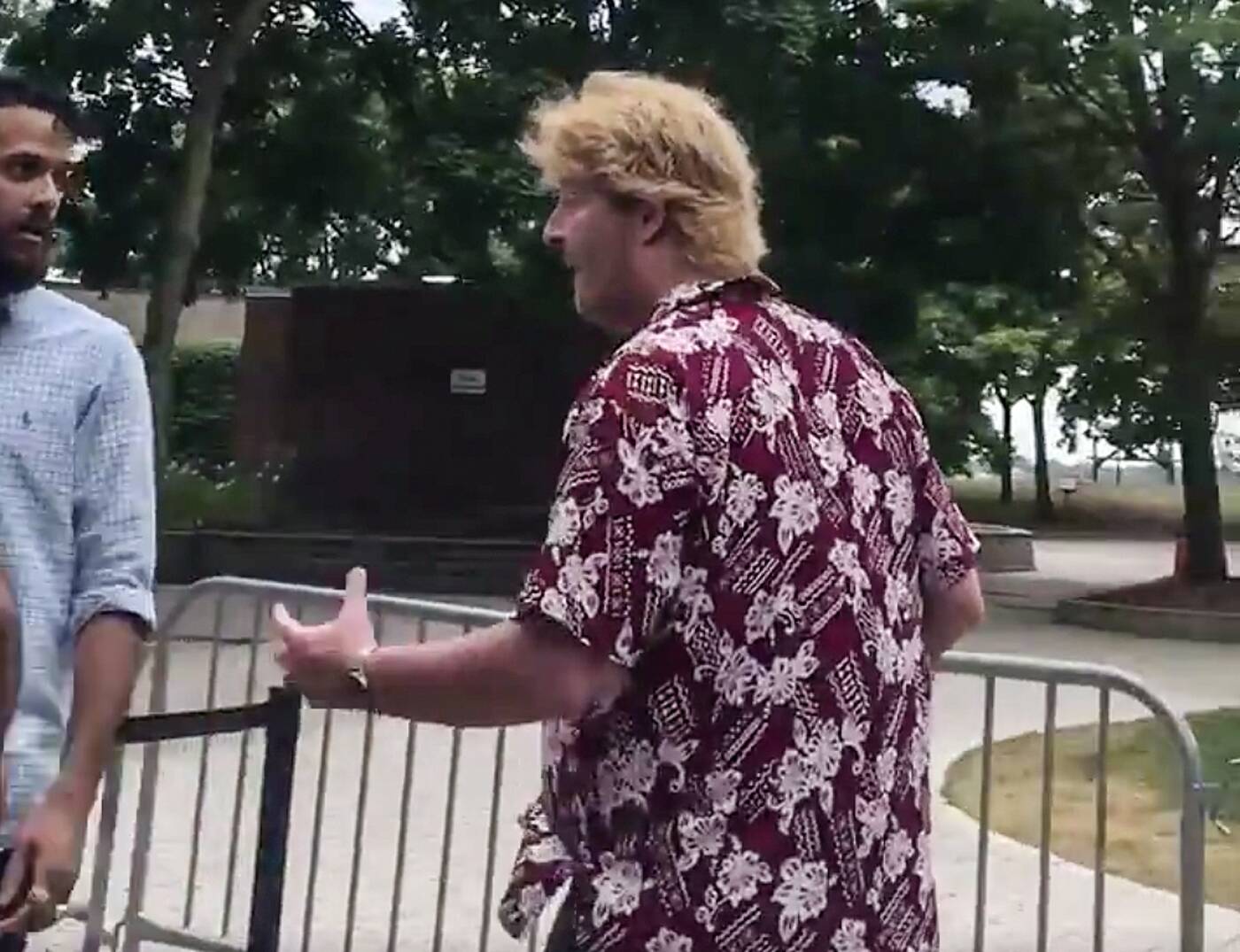 A witness who filmed the incident on Monday evening and uploaded it to Twitter said that the people being attacked were Muslims. Image via Hasan Pervej Ahmed.

"So nobody else steps in? Everyone just stands by and watches, and not even says a word? And then the security guard barely tells the guy anything and then just lets him walk off?" wrote one commenter.

"Terrible behaviour from everyone, not just the drunkard. Kudos the family being yelled at, for keeping their composure."

"Who says 'my province'?" someone else joked. "Does he think he hopped the border from Manitoba?"

Many on Reddit are calling the blonde man "racist" and a "drunk idiot," but we have yet to learn what started the incident or if the man is facing any sort of discipline as a result of his actions.