Historic building by Union Station might get a huge makeover 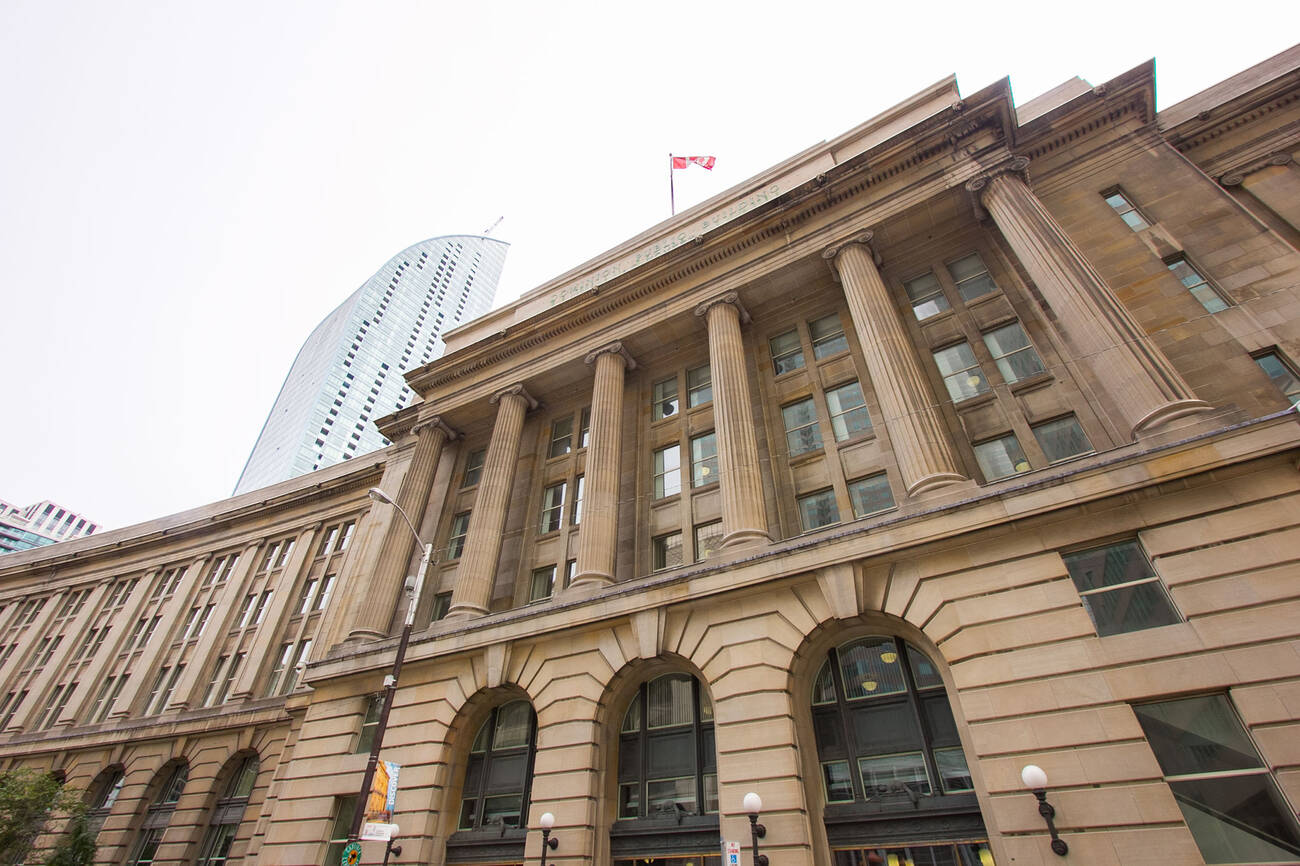 One of Toronto's most significant historical buildings, right by Union Station, might soon have two giant rental towers sitting on top of it.

One Front, as the project is called, is a new proposal from Vancouver-based developer Larco Investments looking to add a pair of 45-and 49-storey towers to the top of the Dominion Public Building, the old customs house that curves along Front Street between Yonge and Bay.

Covering two acres of land, the Beaux Arts building at 1 Front Street West went up for sale early last year and was bought by Larco for a whopping $275.1 million shortly thereafter.

If Larco's plans get approved by the city, the Dominion Public Building— which was built between 1929 and 1931 — will get some serious changes, namely two rental towers jutting out of the podium in the building's east side designed by architectsAlliance. 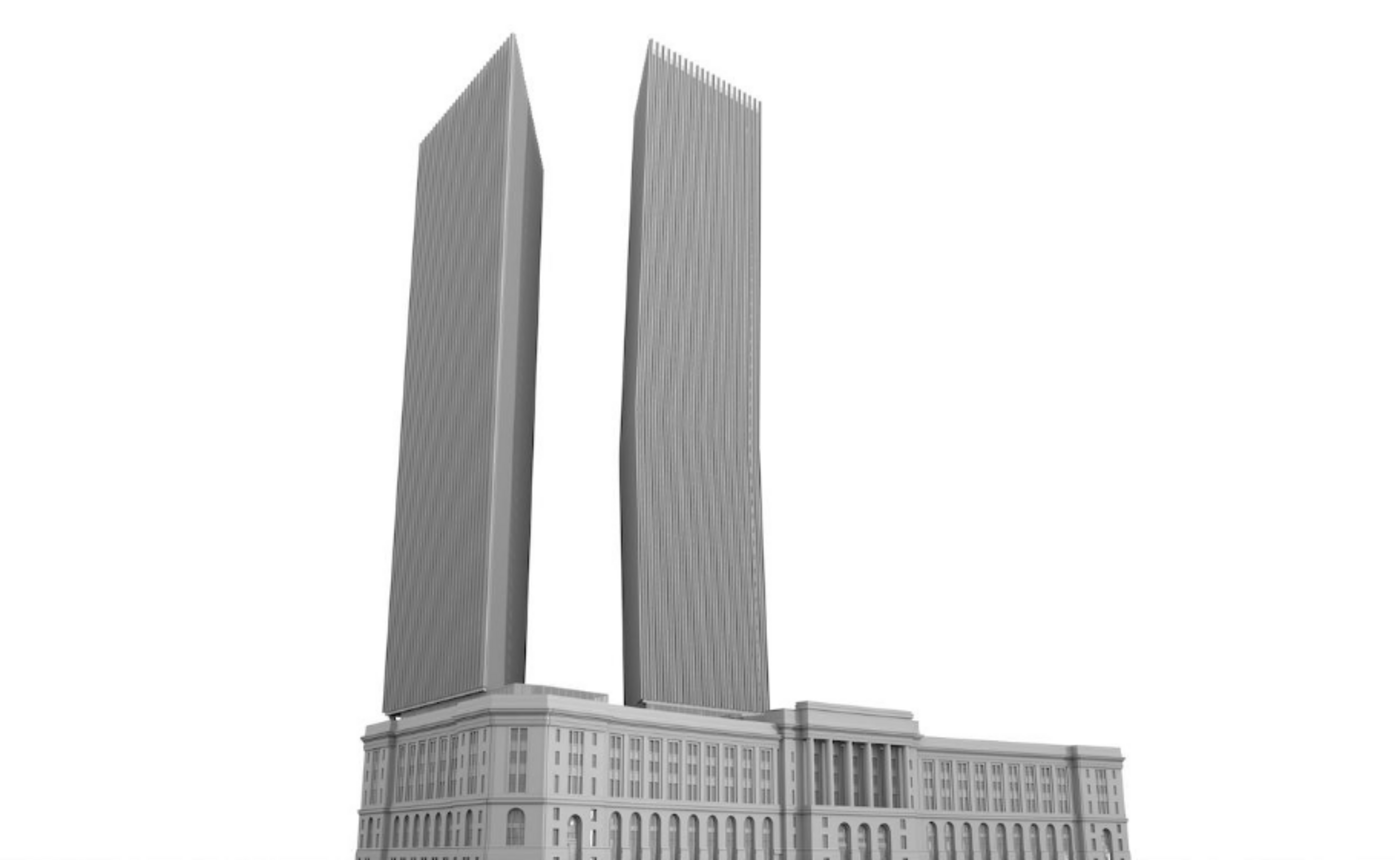 As for the podium itself, the heritage-protected facade will remain mostly untouched save for some new doors. Inside, however, the Canada Revenue Agency offices that currently sit there will have to make way for some serious changes.

Aside from the 8,986 square metres-worth of dedicated retail and restaurant space, there are also plans for a new 251-room boutique hotel that will take over the second-to-fourth floors of the building. Which brand of hotel that will be has yet to be announced.

The"Long Room" in the building's east pavilion and other marble features will remain untouched, but its original second floor full of ornamental brass railings will be destroyed completely to create taller ceilings for the main level.

The flat rooftop is intended to house a hotel restaurant, bar, and green roof, while the fifth floor of the podium will be turned into amenities for residents of the rental towers.

While the grey-and-white renderings for the Dominion Public Building are still in their preliminary stages, it should be noted that Larco was recently criticized for its proposed redesign of Ottawa's heritage hotel Fairmont Chateau Laurier.

by Tanya Mok via blogTO
Posted by Arun Augustin at 1:26 PM