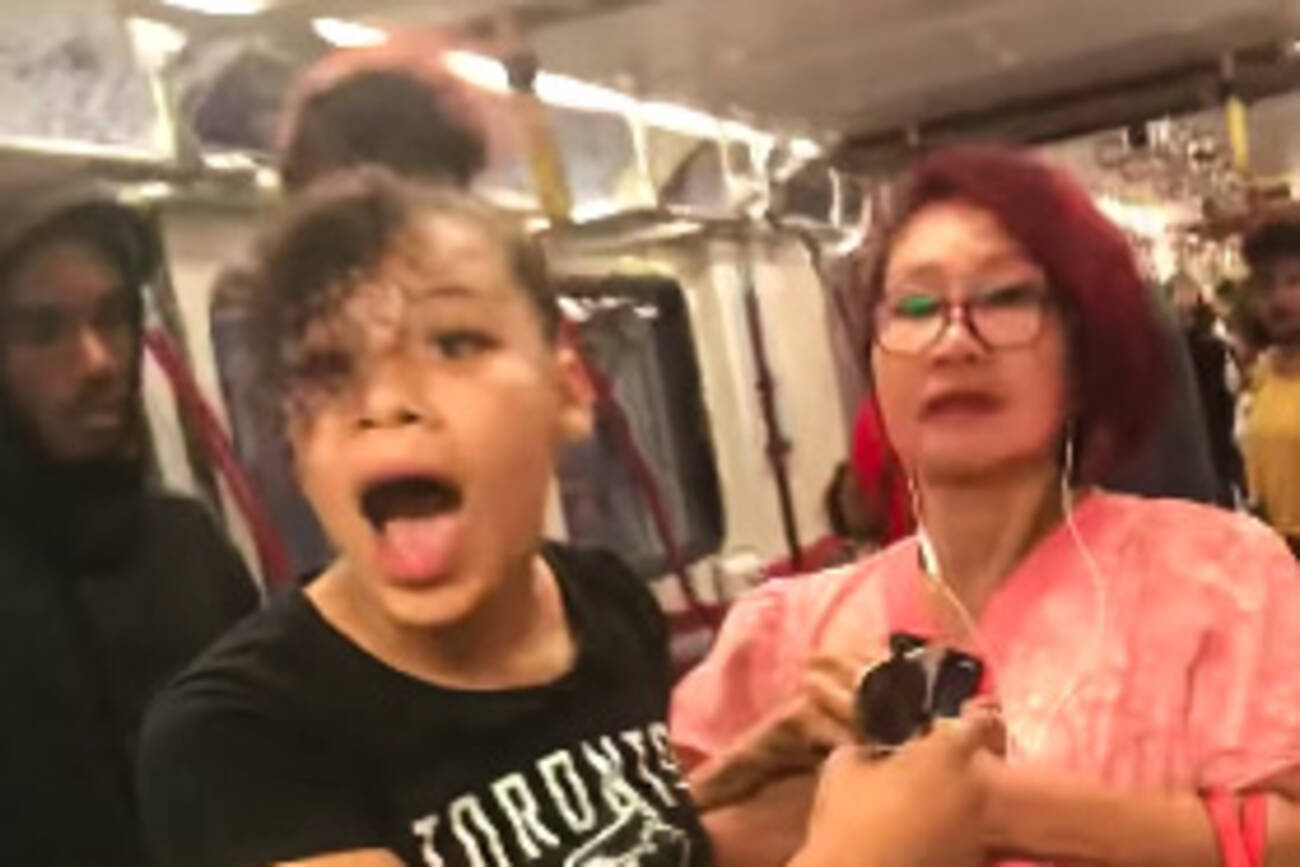 Another shocking incident of racially-motivated harassment was filmed in Toronto this weekend. This time, it was on a moving subway near Eglinton West Station.

Video footage of the altercation, uploaded to YouTube by a witness on Sunday, begins with a young woman wearing a black Toronto Blue Jays t-shirt repeatedly screaming "GO BACK TO CHINA!" at someone who cannot yet be seen.

About half-way through the roughly one-minute-long clip, the young woman runs toward where the witness is filming, followed by an older woman wearing what appear to be pink medical scrubs.

"Give me my cellphone!" pleads the woman in pink while trying to pry something from the girl's hand.

"I'll give it to you if you take the video off of it," says the younger woman while both struggle to get control of the silver smartphone.

Bystanders, including the person filming, are quick to jump in and yell things like "Stop assaulting her! Leave her alone! Don't touch her!" and "You're telling her to go back to China? You're wrong... you're racist!"

It isn't long before the girl manages to snatch the phone anyway and run off the train, which had just stopped at Eglinton West Station.

Both a man and the woman in pink run after her at a good clip, but the video stops short as they exit the platform.

"I'm on the TTC heading southbound on Line 1," wrote witness Margaret Anthony in the description field of her YouTube post. "This young woman was yelling at a commuter to go back to China."

"I pulled the emergency alarm, confronted the culprit mugging this women and waited for the police to arrive," she continued. "This is unacceptable!" 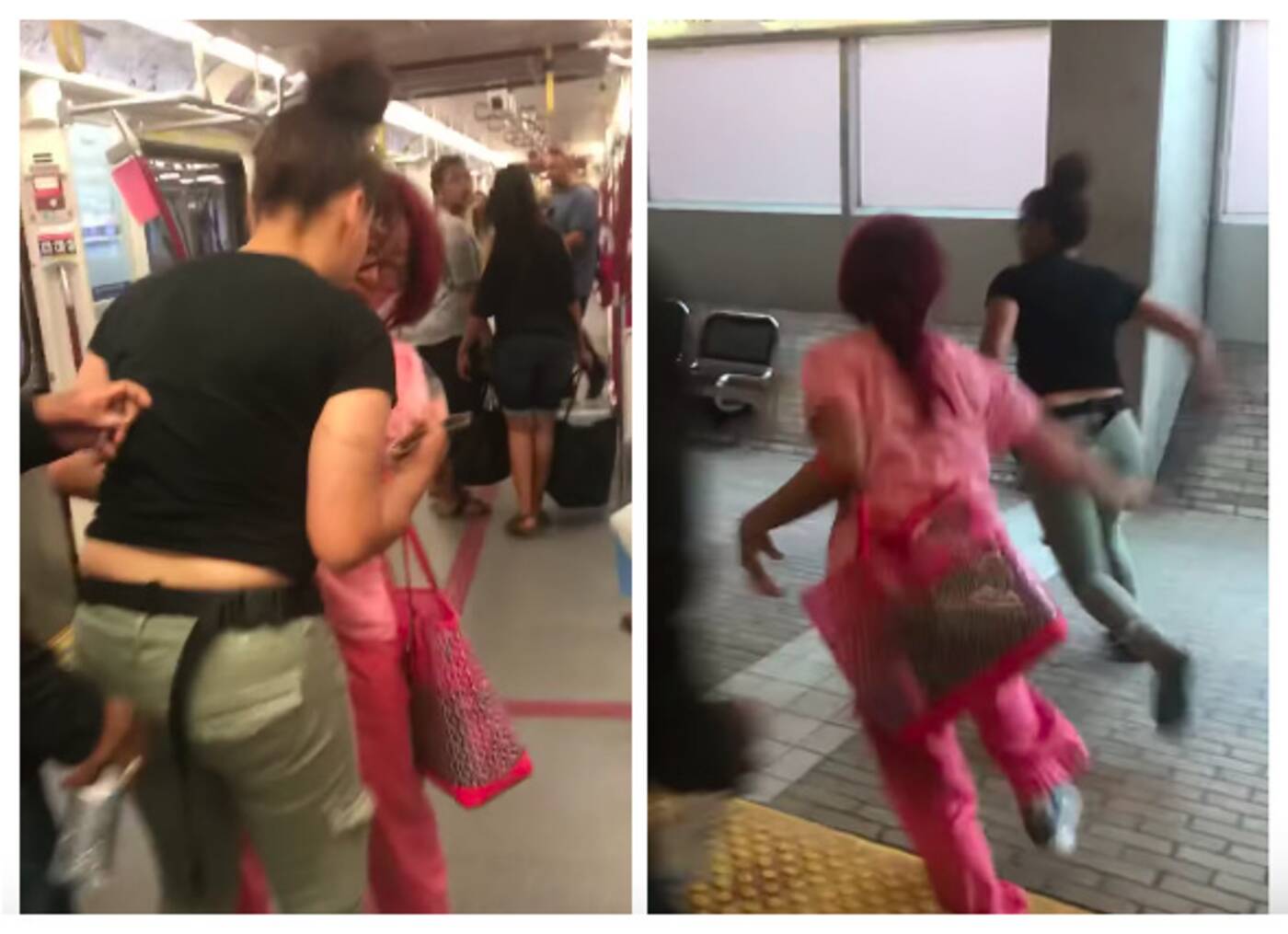 An intense video posted to YouTube on Sunday shows a woman trying to steal another woman's cellphone while screaming at her to "delete the video" and "go back to China." Screenshot by Lauren O'Neil

"The TTC condemns, in the strongest possible terms, the use of racially-charged language on the system," said TTC spokesperson Stuart Green of the video.

"With respect to this incident, we are sharing whatever information we have, including video from the train, with Toronto Police for their investigation."

Toronto Police have yet to comment on the incident, but it's worth noting that a man was arrested last week after videos surfaced of him hurling racial slurs at a family near the Jack Layton Ferry Terminal.

Footage from one of those videos went viral on Monday. Fifty-year-old Lombray Ball of Toronto was charged on Thursday with two counts of assault and one of threatening death as part of "a suspected hate-motivated crime investigation."

by Lauren O'Neil via blogTO
Posted by Arun Augustin at 1:41 PM