15 fun things to do outdoors in Toronto this fall 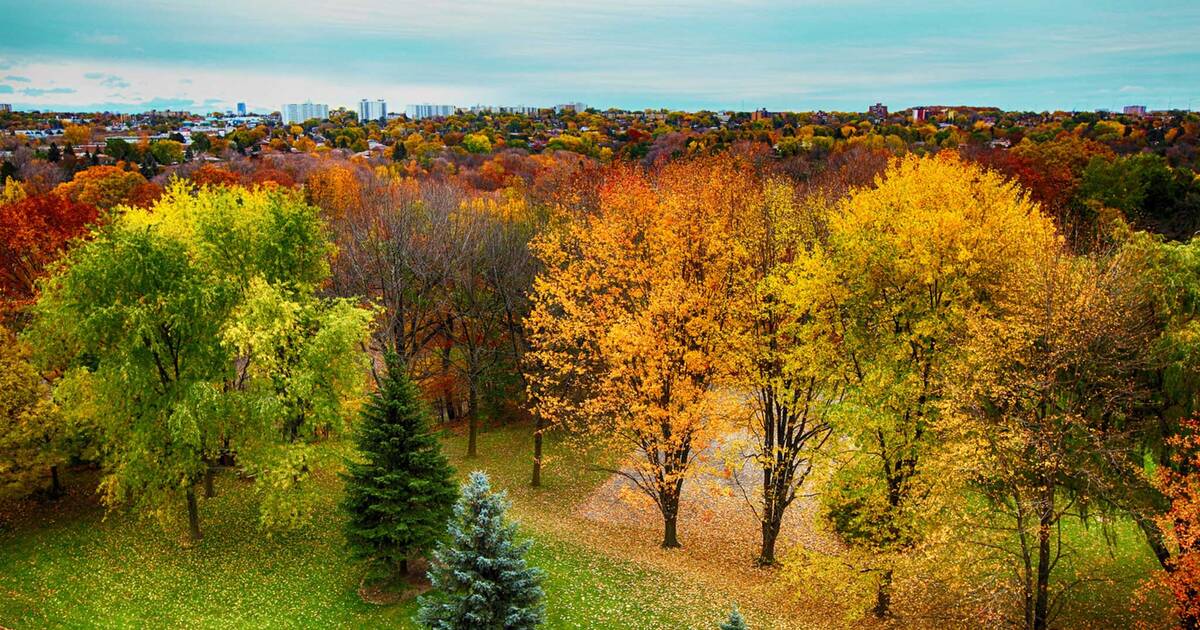 Fall is here, meaning the clock is ticking when it comes to outdoorsy activities pre-snow season. Get into the crisp autumn air with some entertaining (and weird) activities to take advantage of peak sweater weather.

Here are some things to do outdoors in Toronto this fall.

Get lost in a pumpkin patch

Now's the time to meander through sprawling fields of your favourite bulbous orange super foods, so head to Downsview Park for the annual Toronto Pumpkinfest on Thanksgiving weekend. Or, travel slightly outside of the city for more epic pumpkin patches.

Hit up a fall farmers' market

Stock up on all the beautiful local goodies that are in season right now at your local farmers' market. Most of the city's vendors set up shop at least into late October, like the Leslieville Farmers' Market, and there's usually one happening every day of the week.

Partake in a creepy mask parade

It's that time of year again: throw on your black and white attire, and a theatre mask, too. The theatrical spectacle Night of Dread 2019 is coming back to Dufferin Grove at the end of October, which will take you on a 45-minute procession with massive puppets and fire spinners.

Check out some art events

Toronto summers are stacked with events, but autumn is when the arts fests really shine. Wander the city at night during the arts extravaganza Nuit Blanche, or hit up a free arts event at the inaugural 10-week Biennial at outdoor venues across the city.

Gather around a campfire

There's nothing like warming up your body next to a campfire in nippy weather. Places like Hot Black Coffee and 3 Speed offer up campfires on their back patios. Or you can rent out a park firepit at Christie Pits or Trillium Park and get those marshmallows roasting.

The Queen's Plate has come and gone, but that doesn't mean the races stop. Fall might be the best time to cheer on your favourite steed from the stands at Woodbine, and maybe bet a dollar or two. These horses pound the turf until December.

Check out the fall foliage

People travel from all over to see the fiery hues of Toronto trees during fall. Hit up some of the many beautiful parks and ravines in the city to spot those turning leaves.

Cheer on the Raptors at Jurassic Park

It feels unreal, but the Raptors — ahem, I mean, NBA Champions — are about to start a new season. Catch their first game as reigning champs against the New Orleans Pelicans on October 22 and revel with the rest of the 6ix at Maple Leaf Square.

Head to a heated patio

Outdoor restaurant patios have yet to close up shop, in fact, many will stay open all year-round, even during winter. Usher in the chilly temps with a drink and chill sesh at places like Superfly or classics like Hemingway's or the Broadview Hotel.

It's the holiday of horrors, meaning it's time to indulge in some spooky behaviour. Try to escape the haunted corn mazed at the Martino Manor Haunted House, or hit up the annual Halloween events like Screemers or the ones at Wonderland or Exhibition Place.

Walk through a pumpkin parade

Jack-o'-lantern showcases are totally a thing in Toronto, are there are countless parades happening around the city in Halloween, from massive spots like Mimico Square and Trinity Bellwoods to smaller parks like Earlscourt.

There aren't any apple orchards in Toronto to peruse, but there are plenty of places just outside the city where you can pick away at all the best varieties of apples for a fixed price, from Red Fujis to Royal Galas.

Get over the fact Mount Pleasant is an historic graveyard and get into the fact that this 205-acre wonderland is one of the most beautiful places to take in fall colours.

Go on a ghost walk

That being said, if you want to freak yourself out a little, indulge in one of Toronto's handful of guided ghost walks around Black Creek, High Park, or Old City Hall, where the paranormal meets some pretty interesting facts about the city's history.

Take in the beauty of Toronto's only camping site, but without the looming buzz of mosquitos. Rouge National Urban Park is an awesome way for adventurers to ring in fall, plus they have these handy things called oTENTik lodgings, which are half cabin, half tent.

by Tanya Mok via blogTO
Posted by Arun Augustin at 7:11 AM