St. Lawrence Market might start opening on more days of the week 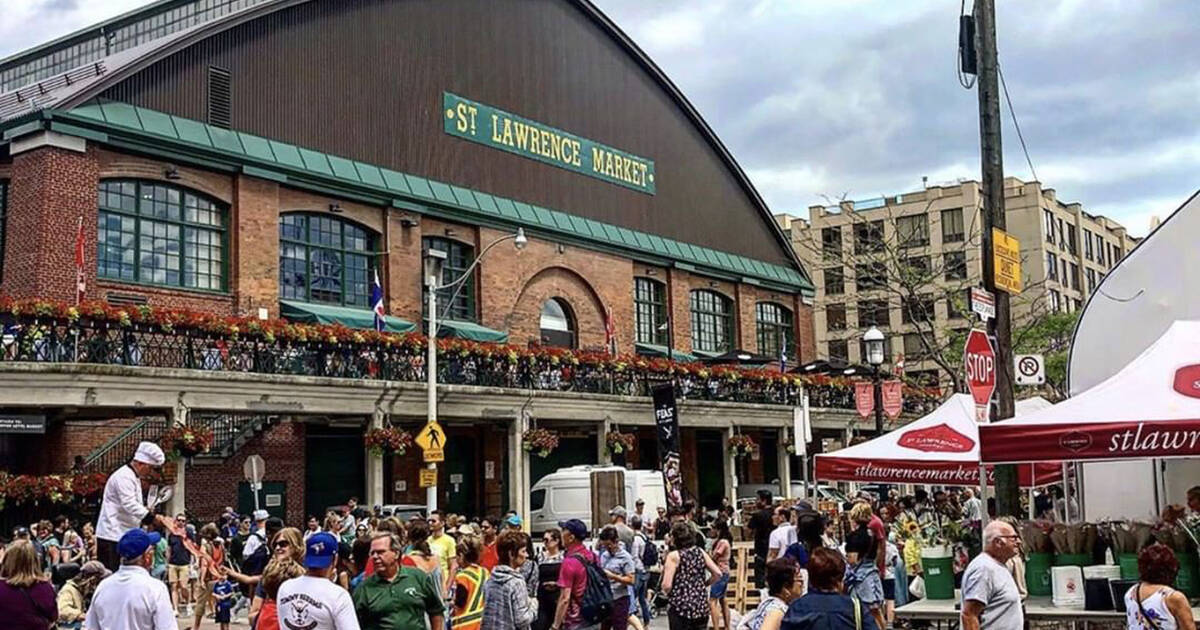 Drop by St. Lawrence Market on a Saturday and you'll find a bustling mecca of  vendors. But, head there on a Sunday and it's dead quiet.

That's because Toronto's favourite public market is only open five days a week—Sundays and Mondays not included—which is tough for anyone who works a 9 to 5 during the week and only has one day to visit Front Street.

That might soon change, depending on how consultations with the City and the public go next week.

The City is holding a review of St. Lawrence Market South's hours of operation "with the objective of optimizing the hours to better support the Toronto and Market community".

Technically, that could mean either extending or shortening the hours, but let's be real—what better Sunday activity is there than browsing cheese?

The South Market is the area that holds more than 120 vendors, many which are family-owned, and have been around since the 1970s.

The only thing open on Sunday is the antique market, which runs from dawn until 5 p.m.

The public consultation will take place on October 2, from 7 p.m. to 9 p.m., at the Temporary North Market.

by Tanya Mok via blogTO
Posted by Arun Augustin at 9:28 AM