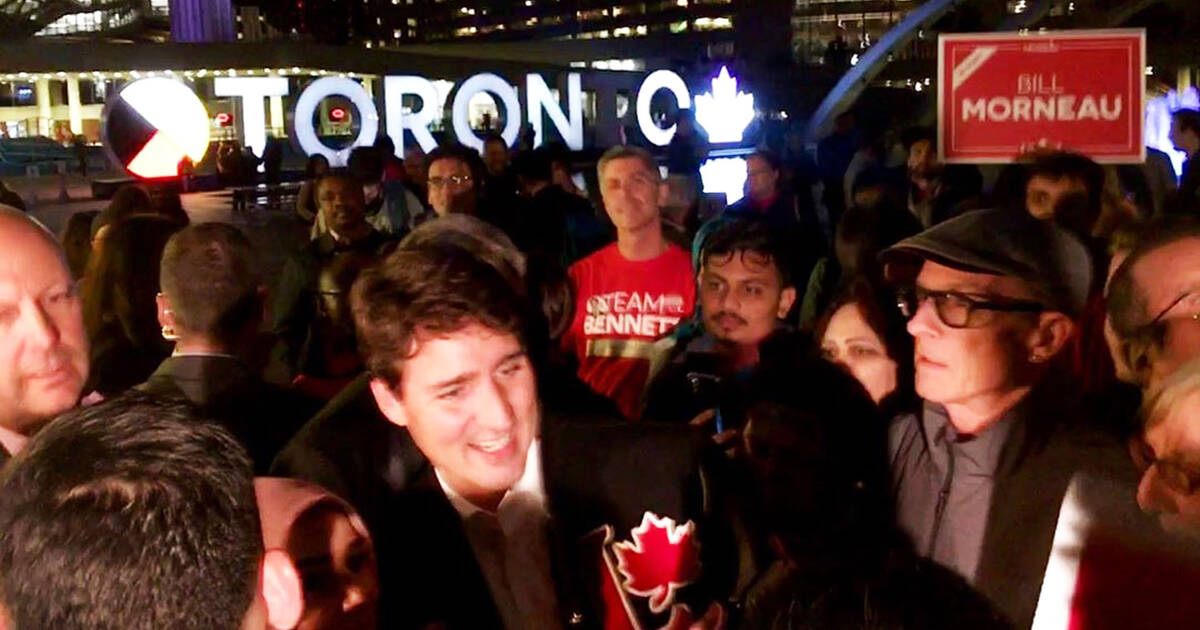 A hoard of Justin Trudeau fans crowded Nathan Phillips Square to catch a glimpse of the prime minister last night.

The Liberal leader was hanging out by the Toronto sign on Sunday evening to thank campaign volunteers.

The PM, who was embroiled in a blackface controversy less than two weeks ago, was all smiles outside City Hall as people stopped to take flicks and selfies with him.

He took the stage at one point wearing what looks like a custom Liberal party leather jacket.

Trudeau was in the Toronto area to unveil the 2019 Liberal Campaign Platform at the U of T Mississauga.

by Tanya Mok via blogTO
Posted by Arun Augustin at 4:39 PM