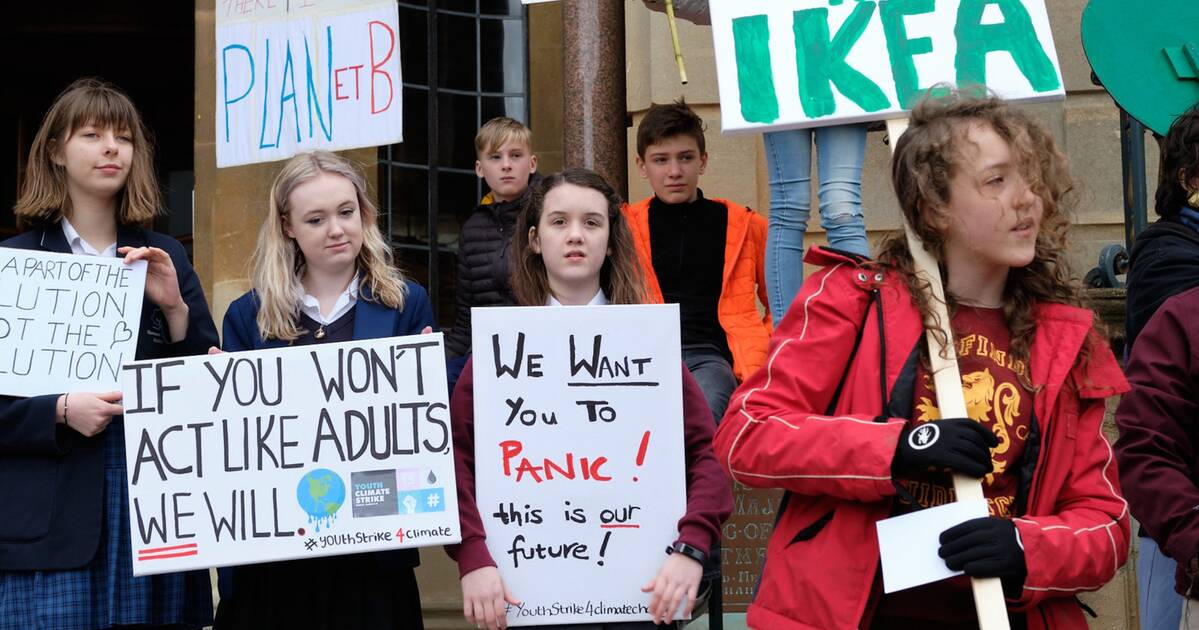 Toronto's Global Climate Strike goes down on September 27, and protesters will be walking out of offices and schools to demand action on climate change.

And while a few universities and the Toronto District School Board have said they won't discourage students from participating, none of them have actually cancelled classes.

But some U of T students and faculty are trying to change that.

Around 2,500 people from the university, including students, faculty, staff, librarians and alumni have signed and released an open letter urging the school to cancel all operations during the strike tomorrow.

If you're at U of T, please sign our open letter calling on the administration to do more to support Friday's #ClimateStrike and the march at Queen's Park. We should cancel classes and get out on the street with our students!https://t.co/olfSSQkXjx

"This is a critical moment in the campaign to push for more immediate and meaningful action to fight dangerous climate change," the letter states.

"We wish to lend our voices and our active support to the general strike. We are committed to standing in solidarity with the young people who have helped to create this moment, and we are conscious of our responsibility to show them leadership in turn."

Specifically, the letter calls on University of Toronto President Meric Gertler and the rest of the administration on all three U of T campuses to implement university-wide closures from 10 a.m. to 4:00 p.m. on Friday, September 27th.

Most other Toronto schools have taken the same approach of not discouraging students from attending, but also not cancelling classes.

Last week, the TDSB released a statement about it on their website.

"To ensure students receive no academic penalty for taking part in the rally, we have also asked our schools to avoid scheduling tests and other assessments on that day."

Ryerson University also released a statement about the strike, saying "students who wish to participate in Climate Day of Action activities are asked to speak with their instructors in advance about making alternative arrangements to receive course content, or to make up missed tests, exams, or class assignments."

They also said they strongly encourage "faculty and contract lecturers to be flexible in accommodating Ryerson students who wish to participate in events on Friday."

York University is taking the same stance, saying members of the York community who wish to participate in the Climate Day of Action activities during school hours will be accommodated wherever possible.

Like other schools, the deans of multiple faculties at U of T have asked instructors to be flexible when it comes to assignments and deadlines during the strike, but at this point it seems like they'd be more likely to shut down for a snow day than for the climate crisis.

by Mira Miller via blogTO
Posted by Arun Augustin at 11:54 AM