Ontario will lose more than 10,000 teacher jobs over the next 5 years 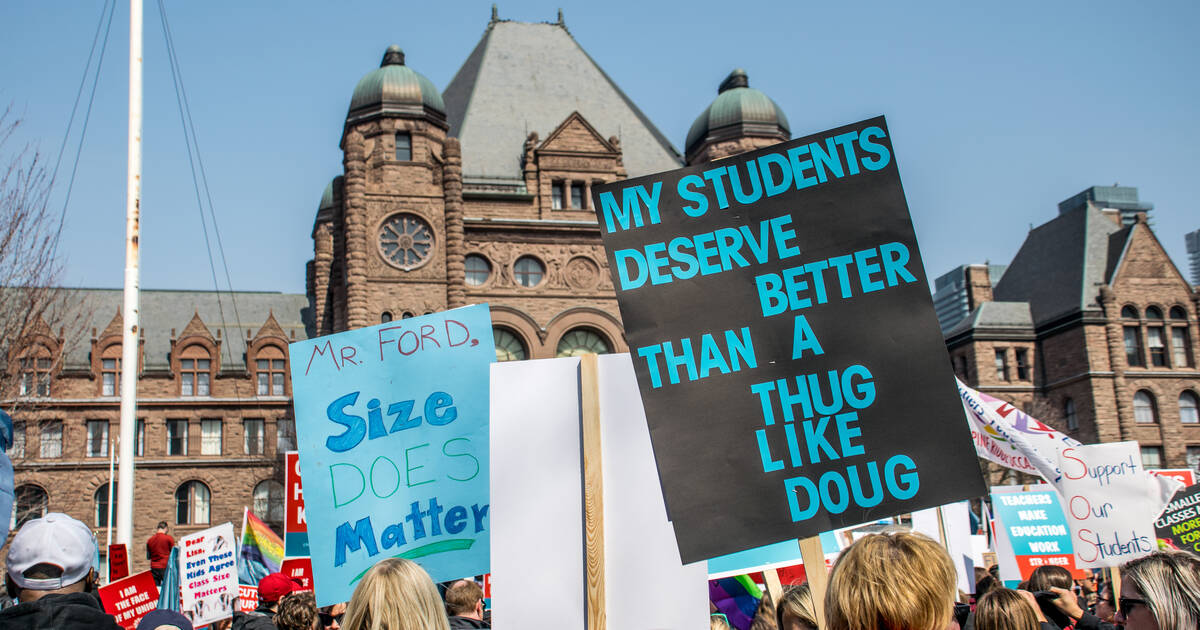 Budget cuts implemented by Doug Ford's PC government will result in the loss of more than 10,000 teaching jobs over the next five years across Ontario, according to a new financial report — 994 of them from elementary schools and 9,060 from high schools.

The Financial Accountability Office of Ontario (FAO), established in 2013, "provides independent analysis on the state of the Province's finances, trends in the provincial economy and related matters important to the Legislative Assembly of Ontario."

In other words, it's a government-appointed watchdog organization that has full access to all things money-related within Ontario's various ministries.

A new report released by the FAO on Thursday looks at how the Ministry of Education plans to spend some $31.6 billion in 2019 and 2020.

After comparing these new class size targets and the $1.6 billion Teacher Job Protection Fund against old class sizes, the FAO determined that "there will be 10,054 fewer teachers in the education system" by the 2023-2024 school year.

Further to this, "growth in the school-age population" is resulting in higher school enrolment numbers in Ontario.

The @InfoFAO report clears up any misconceptions - @fordnation and @Sflecce's cuts to education are significant and are resulting in over 10,000 fewer teachers in Ontario, but hey, Ford said, "not a single person will lose their job."#onpoli #onted #osstf #NoCutsToEducation https://t.co/9cPoFUKfH3

"I don’t see that this government has a shred of credibility left on the education file," said Ontario Secondary School Teachers' Federation Harvey Bischof to The Star on Thursday.

"The FAO's numbers confirm our projections and put the lie to the government’s efforts to minimize the damage they are causing to students' education in this province."

Conversely, Ontario Minister of Education Stephen Lecce said in a statement that the FAO report "affirms our plan to ensure students are set up for success for the jobs of the future."

"We are taking action to ensure every student in Ontario receives a world-class education," he said. "With a modernized skills-focused curriculum, with an emphasis on transferable skills."