This pretty downtown Toronto park is getting a major overhaul 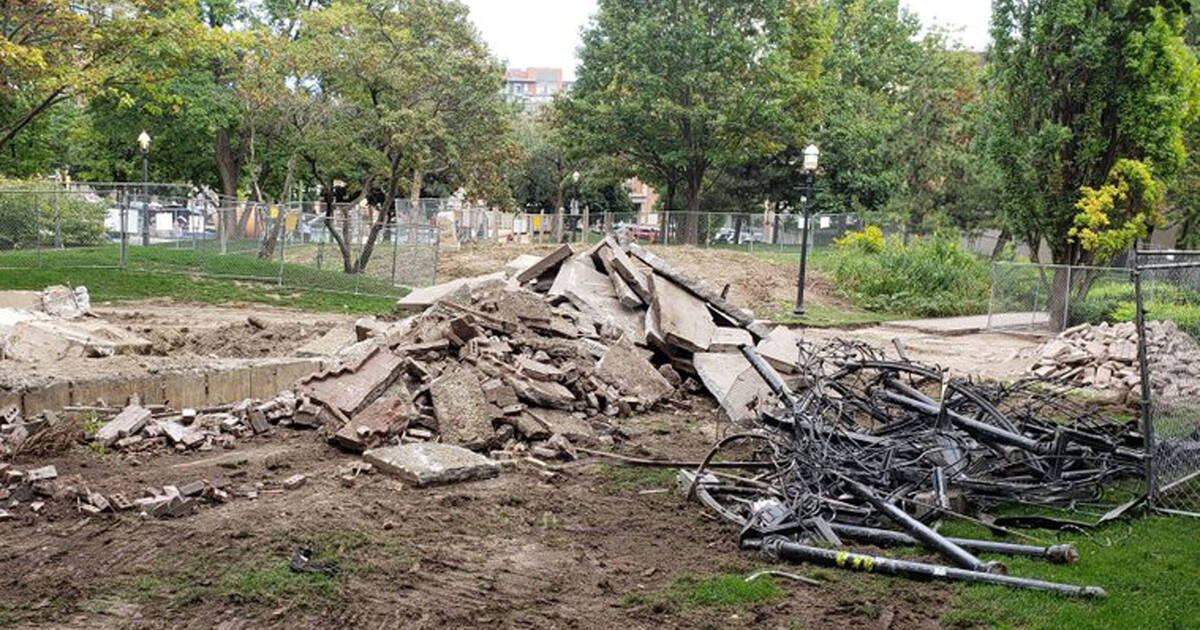 A massive swath of Toronto's favourite cathedral-side park hangout has been completely fenced off, and it'll look a lot different when it re-opens next year.

What used to be a prime lounging locale replete with benches, gardens, and a fountain at St. James Park has been blocked off since earlier this month for renovations.

#RIP to Toronto's St. James Park gazebo, which I captured in its final moments on Wednesday morning.

You hosted many local musicians and countless weed smokers throughout your illustrious stand. But now park renovations have sent you to the big venue in the sky... ❤️ pic.twitter.com/hCiqj1o3fe

While it sucks that George Brown students won't have the benefit of hanging out here this year, the saddest part is that the old gazebo — which had acted as a bandstand and the home to Toronto's Occupy protests — has been demolished to make way for a new open-air pavilion.

A new beautiful pavilion will replace it. Designed by RAW Design it is inspired, in part, by the Gothic arches of the cathedral's architecture and the supporting beams of the structure create a cruciform that is visible from above. pic.twitter.com/uxgUFTzMue

The changes come as part of the huge revitalization project that has taken over the park since last year, which saw a new playground, plaza, and walkways installed on the northeast corner of the land.

Phase Two of the improvements takes over a much larger area of the park, and is expected to finish in spring 2020. 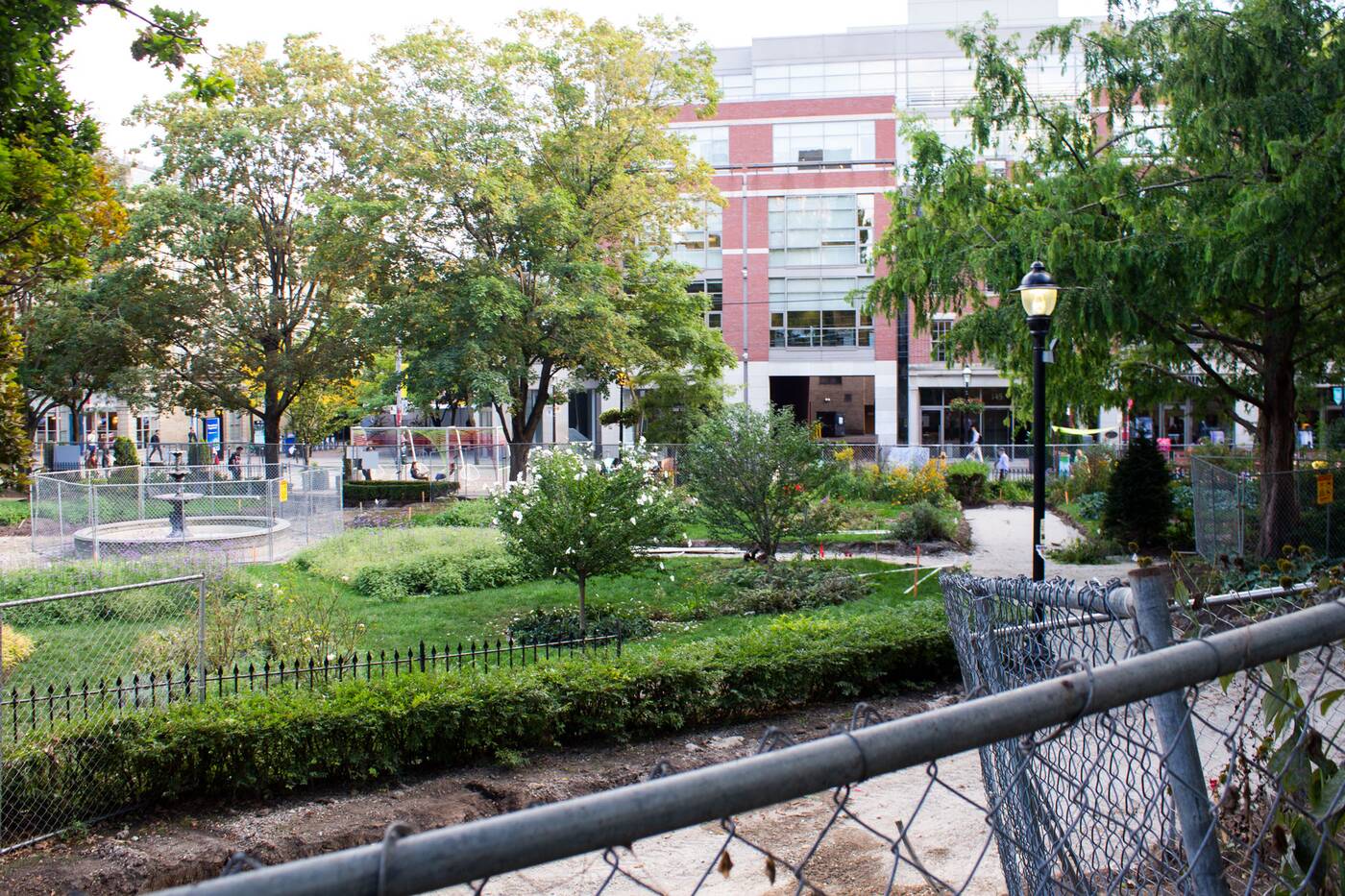 Nearly all of St. James Park will be fenced off for renovations until next year. Photo by Tanya Mok.

According to a master plan, improvements will include new plazas, LED lighting, walkways, and big upgrades to the existing garden along King Street.

That includes the new timber pavilion by RAW Design, which will take up about 1,500 square-feet.