Yorkdale Mall lost power and it almost felt like the apocalypse 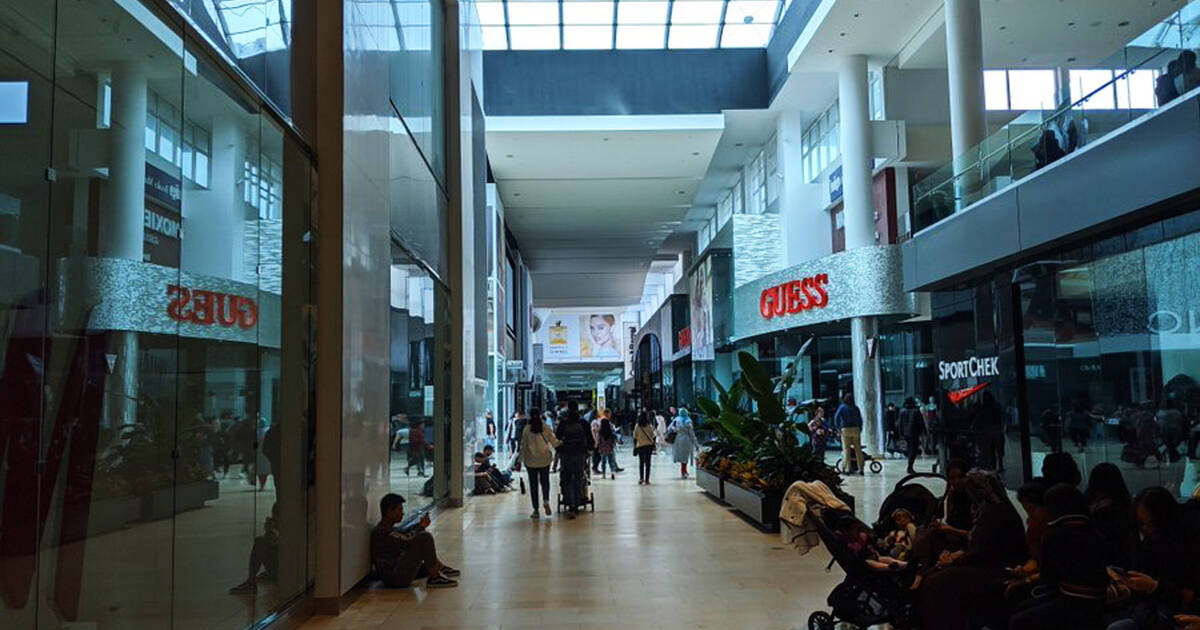 Yorkdale Mall was plunged into darkness this weekend, thanks to a blackout that turned the mall into a weird shoppers' purgatory for hours.

The massive shopping centre lost power on Saturday morning and remained that way for hours, forcing all the stores and restaurants to close.

#Yorkdale shopping mall in #Toronto is without power on a Saturday morning. Shops and restaurants all closed, persons are kind of confused. Might take 3 hours before power restored. #OmniNewsItaliano #OMNI #strangethingshappen pic.twitter.com/ucZ13ocmcr

Tons of people chose to stay in the mall, not knowing how long it would take to get electricity back.

Little did they know it would take hours before Toronto Hydro would resolve the power issue completely.

Power is out at Yorkdale and stores are closed.feels like I'm in an apocalyptic movie.
Unfortunately most guests don't use Twitter and have no idea restoration is now set for 3pm. Someone should tell them. pic.twitter.com/rwqlPvvwXX

For anyone who went out of their way to go shopping on Saturday—looks like they braved the parking lot for nothing.

The power is out throughout Yorkdale, so Pottery Barn is setting the mood with hundreds of candles. pic.twitter.com/zE5gxsjdYi

Some stores took advantage of the situation to show off their wares, like Pottery Barn, who set the mood with candles.

Yorkdale Mall outage update: Power has been restored to the whole mall. Thank you to everyone involved for their ongoing patience.

Toronto Hydro was hoping to fix the issue by around 1 p.m., but they weren't able to restore power to the entire mall until much later in the evening, around 5 p.m.

by Tanya Mok via blogTO
Posted by Arun Augustin at 9:49 AM