Bizarre interaction between turkey and motorcyclist near Toronto caught on video 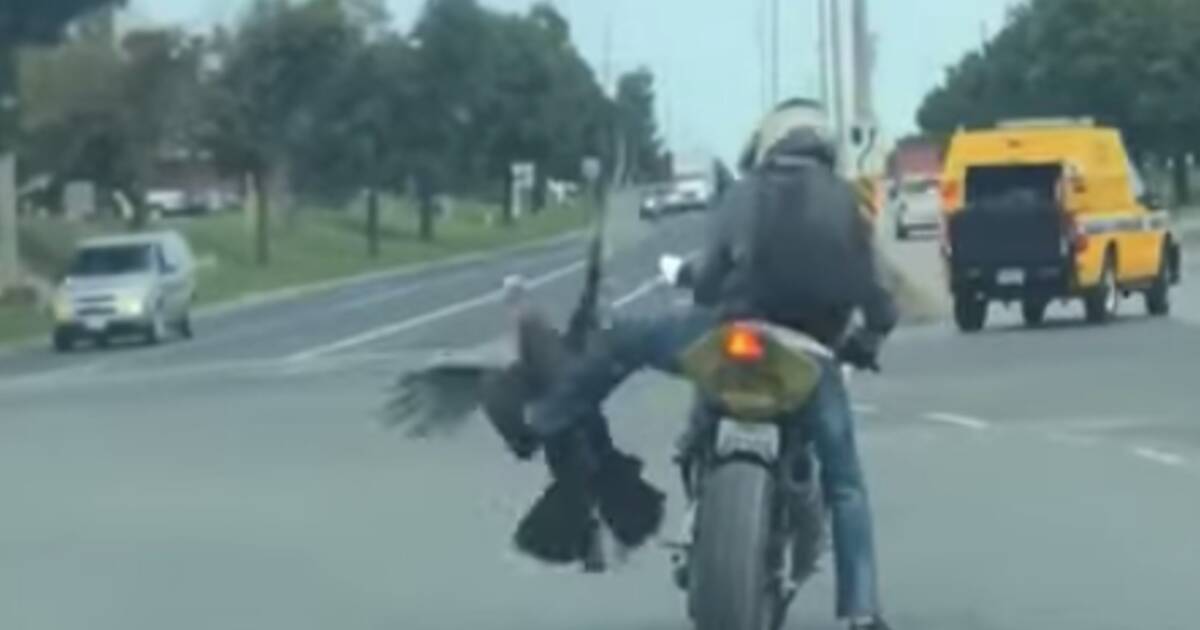 It's not every day you see an animal wander into the middle of an intersection, and it's even more rare that the animal is an angry turkey.

But believe it or not, that's what happened at a stop light in Whitby just a few days ago.

A video captured by a vehicle's dash cam and posted online shows a turkey approach a motorcyclist who is sitting at a red traffic light.

The turkey then flaps its wings and pecks at the driver, which appears to frighten him.

In the video, laughter can be heard from someone in the car watching the incident, and it's definitely hilarious.

The motorcyclist appears to gently kick toward the bird in an attempt to shoo it away, but to no avail.

The bird is determined to win this fight, and it continues to peck and kick the motorcyclist without fear.

Unfortunately, the video cuts out before viewers can find out who won this unlikely duel.

The video was reportedly taken on September 20, and has since gone viral on YouTube with almost 10,000 views.

The driver who captured the incident also posted a description of what went down.

"On my way out from volunteering at the Durham Humane Society, at the intersection of Wentworth and Thickson, I saw a turkey standing in the middle of the road," he said.

"Unsure of what to do, I moved my car slightly to the left and waited to see if he’d move before the light changed. A motorcycle then passed me and passed the turkey and then the turkey charged at him. The turkey circled his motorcycle about three times before going in for the attack."

One can only hope the two settled their differences in a peaceful way.

by Mira Miller via blogTO
Posted by Arun Augustin at 8:23 AM