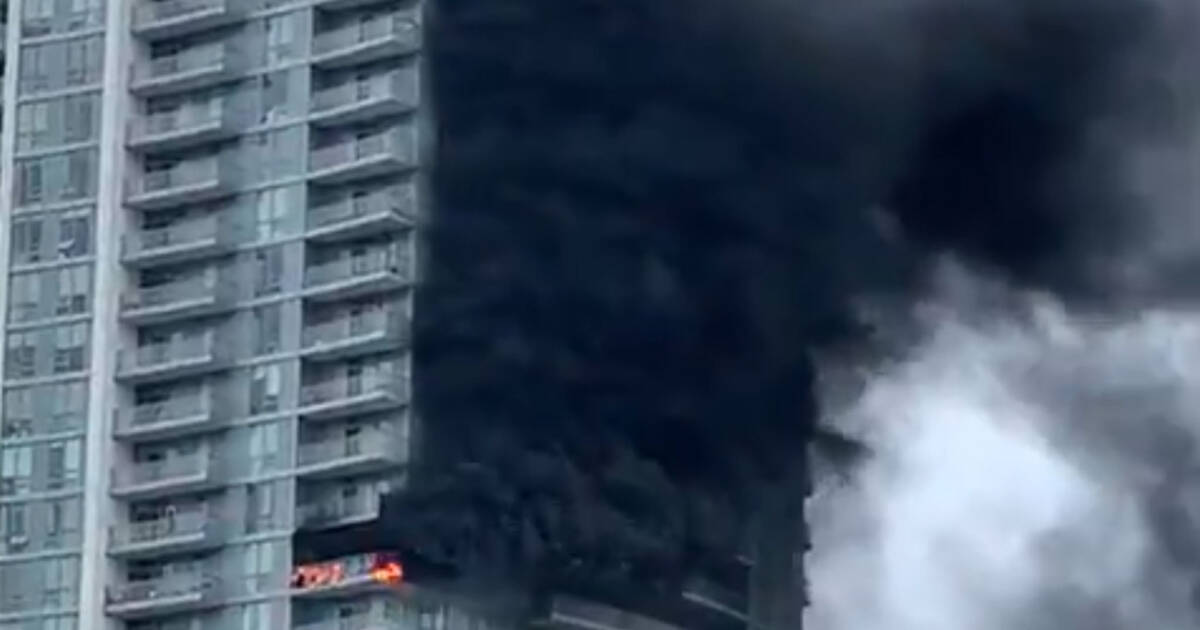 A condo by Don Mills and Sheppard caught on fire today, resulting in massive clouds of black smoke and falling debris.

Flames were seen erupting out of windows in Emerald City condos, a high rise at 70 Forest Manor Rd., several hours ago.

It's now under control but just earlier today a condo at Emerald City near Don Mills and Sheppard was on fire sending huge plumes of smoke into the sky and debris falling to the ground #Toronto #Fire 📹 @wooedbywords pic.twitter.com/UkEia2XCEt

Toronto Police reported that there was debris falling on the north side of the building.

Fire update:
-Confirmed fire
- Toronto fire has advised that there is debris falling on the north side of the building
- Sheppard Avenue is closed East of Don Mills
- no reports of injuries at this point#GO1882841^adc

Thankfully no injuries were reported; within an hour, the fire was extinguished and Sheppard Ave. was reopened.

by Tanya Mok via blogTO
Posted by Arun Augustin at 1:19 PM