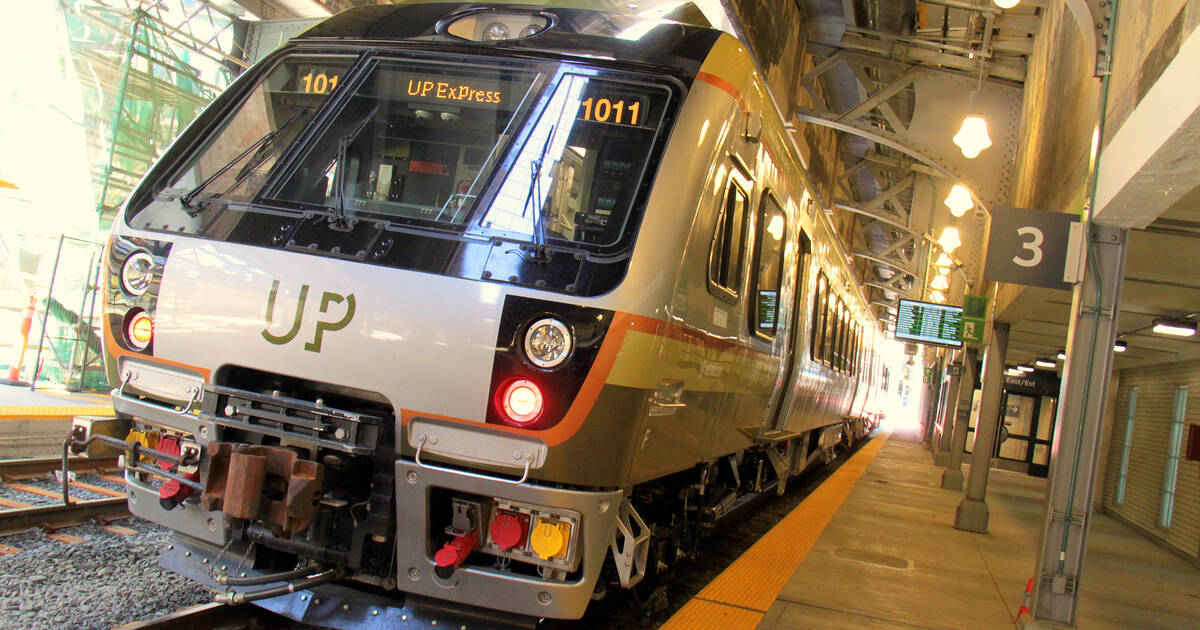 Getting between Toronto's Pearson International Airport and the city's downtown core has been nothing short of dreamy (comparatively speaking) since the launch of Metrolinx's Union-Pearson Express train four years ago.

The chronically underrated service has changed the game not only for frequent flyers, but for people who live or work on either end of the 25-minute-long, $12 trip.

It may not have opened to much praise when it launched in 2015 (thanks largely in part to an initial one-way fare of $27.50), but ridership has exploded since prices came down in 2016.

With some 4.5 million people per year now using the service, Metrolinx wants to expand on the UP's success — but it won't be cheap.

A report recently obtained by The Toronto Star shows that the provincial transit agency is "planning an extensive and potentially costly overhaul of the airport rail link," including station renovations, all-new electric trains, and a dedicated, $80 million pedestrian bridge at Union Station.

The unpublished document reportedly shows plans for the relocation of the UP Express platform at Union, as well as for scrapping its current trains in favour of the new electric vehicles it plans to implement across the rest of the GO rail network.

If all goes well, these changes will allow the UP Express to run more frequently (currently, it departs every 15 minutes, seven days a week.)

According to the Star, what Metrolinx has planned could lead "to an almost complete overhaul of the UP Express," which oepened at a cost of $456 million just over four years ago.

"The massive success of UP Express with our customers today is the starting point for what an even better service to the airport could look like," said Metrolinx CEO Phil Verster to The Star when asked about the documents.

"We are planning now for a future UP Express service that is more frequent and also has some journeys that are quicker than today. This will be a huge win for our customers."

Whether or not it'll be a win for provincial tax payers remains to be seen.