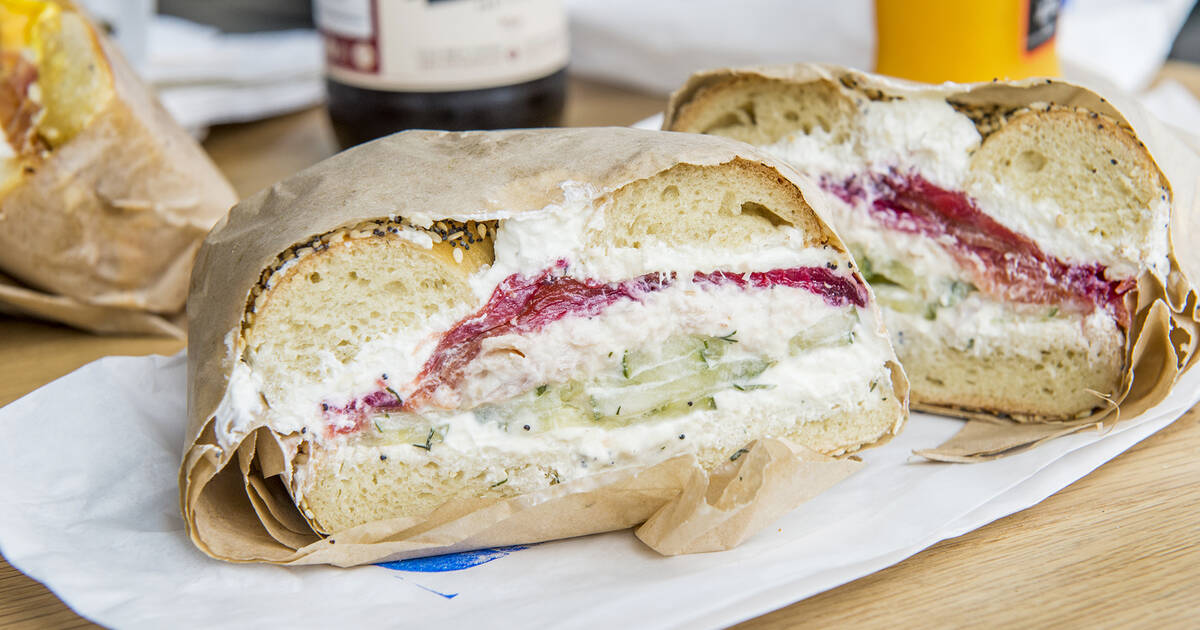 One of the most popular Jewish joints in the city is schmearing its last bagel soon.

At one of their locations, anyway. Schmaltz Appetizing is closing their most recently opened store soon. The spot stocks bagels, smoked salmon, various house cream cheeses as well as Jewish baked goods, so get yours at this particular Schmaltz while you still can.

To My Dearest OSSINGTON AVENUE SCHMALTZIES It is time to say goodbye To Our OSSINGTON STORE and Thank You for all your support. We will be closing this OSSINGTON LOCATION As of OCTOBER 6th. You can still get all your Schmaltz Appetizing needs at our other Location. 414 Dupont Street Just East of Bathurst on Howland Avenue, Behind the Delicious FAT PASHA Restaurant. Thank you all so much for the wonderful patronage over the years on OSSINGTON. We could not have done it with out you all. Thank you so much to all of our wonderful Staff, we could not have done this with out you. Love you all This is good bye, but not farewell. All of our love from our stomachs to yours. Love Gordy Smiles

A post on Instagram announced that the Dundas and Ossington extension of Schmaltz Appetizing will be closing on October 6.

The location, which opened in 2017, briefly tested out opening in the evening for latkes and cocktails, and became a resource for Schmaltz's "schmakes" cakes and was much larger than the other location.

The other location at Dupont behind other Anthony Rose project Fat Pasha will remain open. Schmaltz Appetizing could not be reached for comment regarding the reason behind the Ossington closure or what might be taking its place.

by Amy Carlberg via blogTO
Posted by Arun Augustin at 11:44 AM