McDonald's is testing a Beyond Meat burger exclusively in Ontario 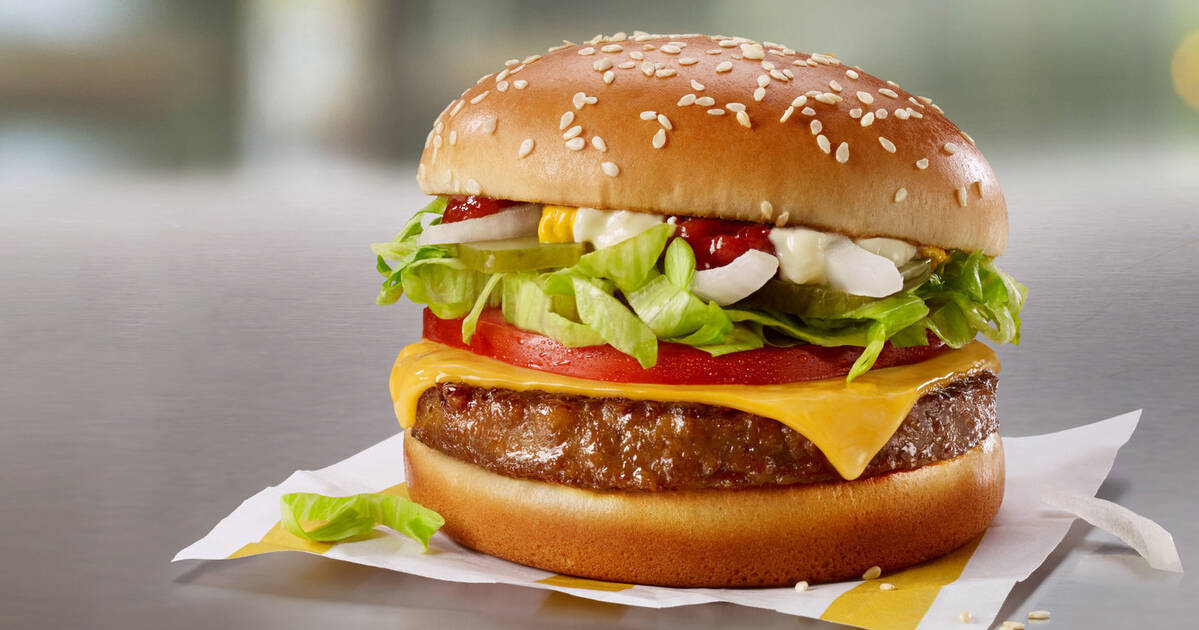 It was only a matter of time before McBeyond Meat became a thing, and as of next week McDonald's will indeed have its own plant-based burger offering — but only in Southwestern Ontario.

The biggest of all fast food giants is finally jumping on the Beyond Meat bandwagon with something it calls the "PLT," short for "plant, lettuce, tomato."

Unlike A&W or Tim Hortons, both of which developed products around Beyond Meat's existing burgers, McDonald's says it worked with the Los Angeles-based food tech company to develop a unique, plant-based patty with the same "iconic taste customers know and love."

The resulting product's name is an obvious nod to the classic BLT (bacon, lettuce, tomato) sandwich, but the PLT is more like a vegetarian Quarter Pounder than anything else, right down to the sesame seed bun.

Featuring pickles, onions, cheese, mustard, ketchup and "mayo-style sauce," in addition to the requisite lettuce and tomato, the new product is set to retail for $6.49 plus tax when it hits stores on September 30.

And by "stores," I mean 28 of them, all located in and around London, Ontario.

The PLT will be available for 12 weeks only at select locations in London, Aylmer, Exeter, Ingersoll, Sarnia, St. Thomas, Strathroy, Tillsonburg and Woodstock, with plans for a further rollout completely dependent on how these communities respond to the plant-based burger product.

McDonald's Global picked Southwestern Ontario specifically because "it more or less looks like a North American every town," as the Financial Post put it.

In official McDonald's speak, the region was chosen for having "geographic and representative spreads" that can be taken and measured against other demographics.

"McDonald's has a proud legacy of fun, delicious and craveable food—and now, we're extending that to a test of a juicy, plant-based burger," said McDonald's VP of Global Menu Strategy Ann Wahlgren in a release on Thursday morning.

"We've been working on our recipe and now we're ready to hear feedback from our customers."

For their sake, let's hope that McDonald's customers embrace the plant-based lifestyle trend more than their counterparts at Tim Hortons.

by Lauren O'Neil via blogTO
Posted by Arun Augustin at 7:23 AM