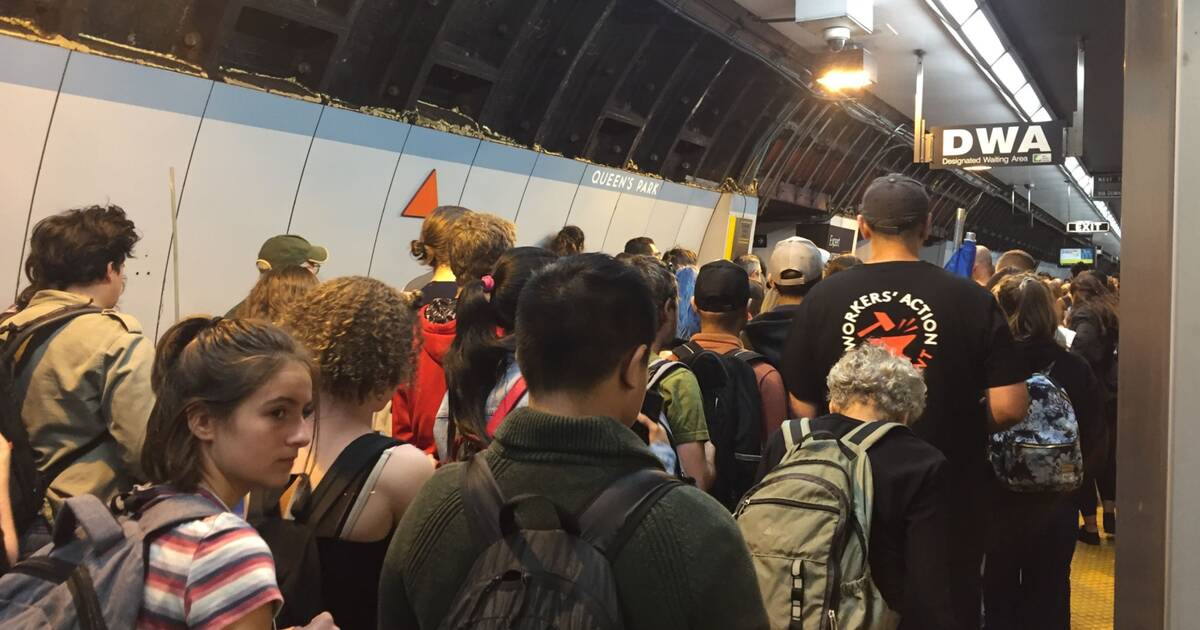 Toronto's Global Climate Strike is officially underway, but thousands are still trying to get there through massive crowds at Queen's Park subway station.

The strike began at 11 a.m. at Queen's Park, so it's no wonder the station is so packed with people.

Yesterday, the TTC's media relations specialist Stuart Green tweeted encouraging protesters to use transit, saying it's the most environmentally-friendly way to get around.

He also said there would be extra subway service and buses on standby if need be, but unfortunately added service doesn't seem to be able to solve the crowding issue.

Crowds are so large that the TTC is now encouraging commuters to use the Yonge line to avoid the masses.

Line 1 - Yonge-University: Customers wishing to travel into the downtown core can utilize the Yonge line to avoid demonstrations at St. George Station and Queen's Park Station on the University line.

Some travellers had the bright idea of going to Museum station instead of Queen's Park, and though it's sure to be crowded as well, any station is better than Queen's Park right about now.

by Mira Miller via blogTO
Posted by Arun Augustin at 9:11 AM