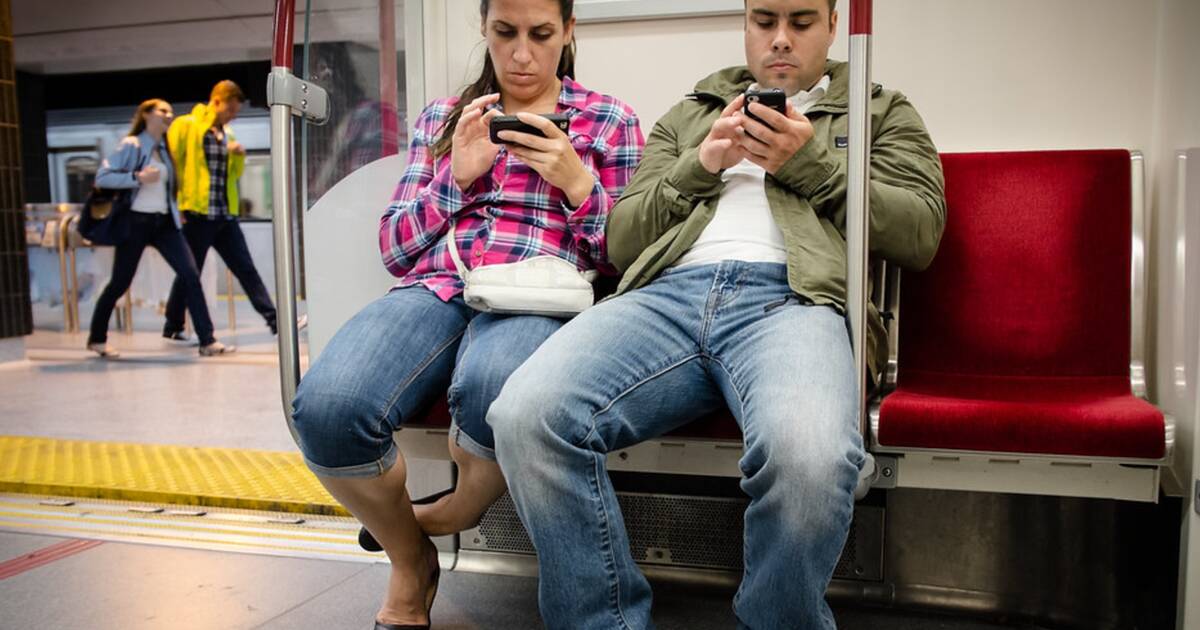 We're nearing the end of 2019, and for the most part, our society is extremely technologically advanced.

We can pay for things with our phones, ask a speaker to play music for us and turn the lights off by clapping our hands ⁠— but most of us still don't have cell service on the Toronto subway.

And who knows if that'll change anytime soon.

Back in December of 2017, BAI Communications Canada announced the completion of its "cellular connectivity infrastructure," which meant that every subway stop had been fully equipped for 4G/LTE network coverage on platforms, mezzanines, stairwells and in other public areas.

A milestone to celebrate! Talk, text & data technology is now in place at all 75 @TTChelps subway stations and in the new Line 1 extension tunnel. Proud to help modernize the #TTC and do our part to bring cell service to #Toronto underground! Learn more: https://t.co/kCSt0bncMT pic.twitter.com/sqGF0sSaRT

That also meant there was cell service in all nine kilometres of the tunnels for the York-Spadina Subway Extension and within the downtown loop of Line 1 (from Bloor to St. George stations.)

BAI originally won a 20-year contract in 2012, and small-scale cell carrier Freedom Mobile signed on to provide service in 2015.

Now, seven years later, they're still the only cell carrier on board.

In 2017, it was reported that bigger carriers, including Rogers, Telus and Bell, were reluctant to strike a deal with BAI because they would have preferred to build their own infrastructure.

Now that years have passed and nothing has changed, BAI has started an online ad campaign and petition to encourage Toronto residents to demand cell service from the three biggest carriers.

Cell service is available in the #Toronto subway, but 3 out of 4 telcos won't allow their customers to use it. If you believe everyone deserves fair access to the #TTC cell network, speak up! Sign the petition at https://t.co/vgzl546WIJ https://t.co/aTTaUEo86g

"Did you know that Toronto is the only major Canadian city without a connected underground for all? More than two-thirds of TTC riders surveyed are unaware that connectivity is available on the subway in Toronto, and 71 per cent don’t realize that their mobile carrier isn’t allowing them to use it," the site states.

According to Globe and Mail Urban Affairs Reporter Oliver Moore, ads for the campaign will also appear in subway trains and stations, it'll last at least six weeks, and cost around $200,000.

But it remains to be seen whether this will have any effect, as spokespeople from both Telus and Bell told Moore they have no current plans in the works with BAI.

"Coverage in the stations has been live since 2015 for Freedom Mobile customers, however, the Big 3 Telcos have yet to join the network," the ad campaign description states.

"Now, BAI is committed to educating cellular customers of the Big 3 Telcos about why they can’t access this network, and what they can do about it."

BAI's exclusive contract runs until 2032, so if the major carriers continue to refuse to strike a deal with them, we won't be getting widespread cell service on the TTC for at least another 12 years.

by Mira Miller via blogTO
Posted by Arun Augustin at 4:03 PM