The original location for Toronto's favourite porchetta sandwich is closing 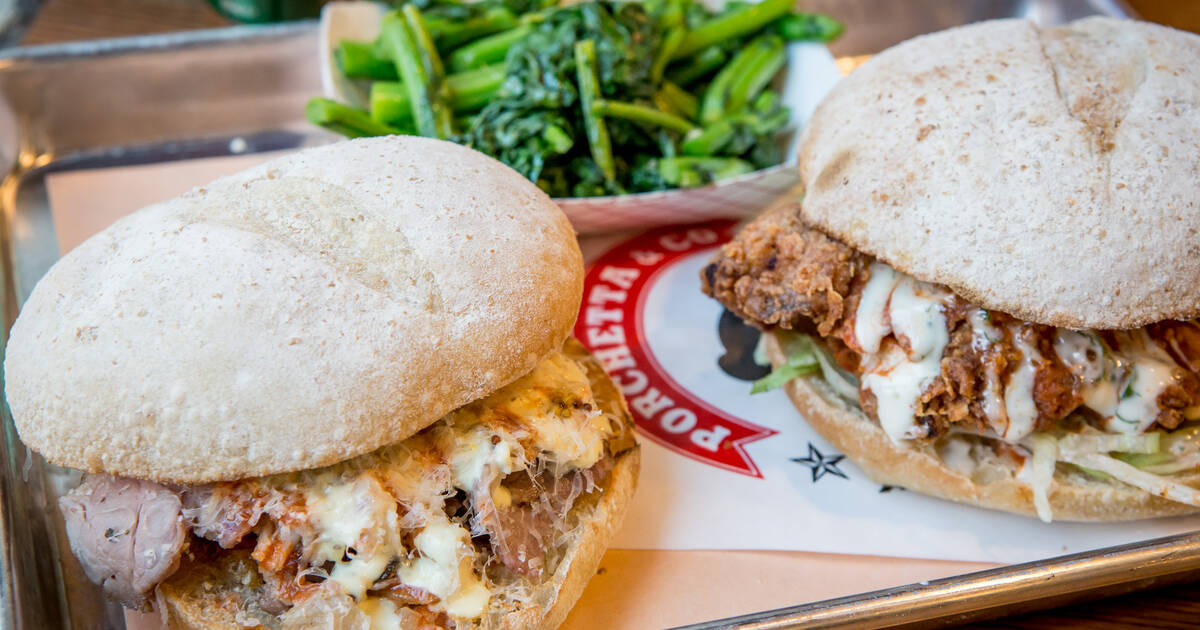 Toronto's go-to spot for porchetta sandwiches has announced it's closing its original location.

Porchetta & Co. announced on Instagram last night that their Dundas West store will soon be no more.

"All good things must come to an end and that includes our lease at the OG Porchetta & Co. location at 825 Dundas West," they wrote.

All good things must come to an end and that includes our LEASE at The OG Porchetta & Co. location at 825 Dundas West. This Saturday September 28th will be our final service at the spot that started it all. We would like to thank everyone that supported us over the last 9+ years! When you need your fix please visit one of our other locations. We are located at 545 King St West (Entertainment District), 130 King St West (Exchange Tower), and in Scotiabank Arena where we’re open for every home Leafs & Raptors games! Thank you, 🐷

The store, which has been running since December 2010, will be serving its last sandwich this Saturday.

Fear not — you'll still be able to find their roster of decadent, meat-filled, truffle sauce-covered sammies at their stores in the Entertainment District and at the bottom of the Exchange Tower.

You can also catch them anytime the Leafs or Raptors play at their stall at the Scotiabank Arena.

by Tanya Mok via blogTO
Posted by Arun Augustin at 9:43 AM