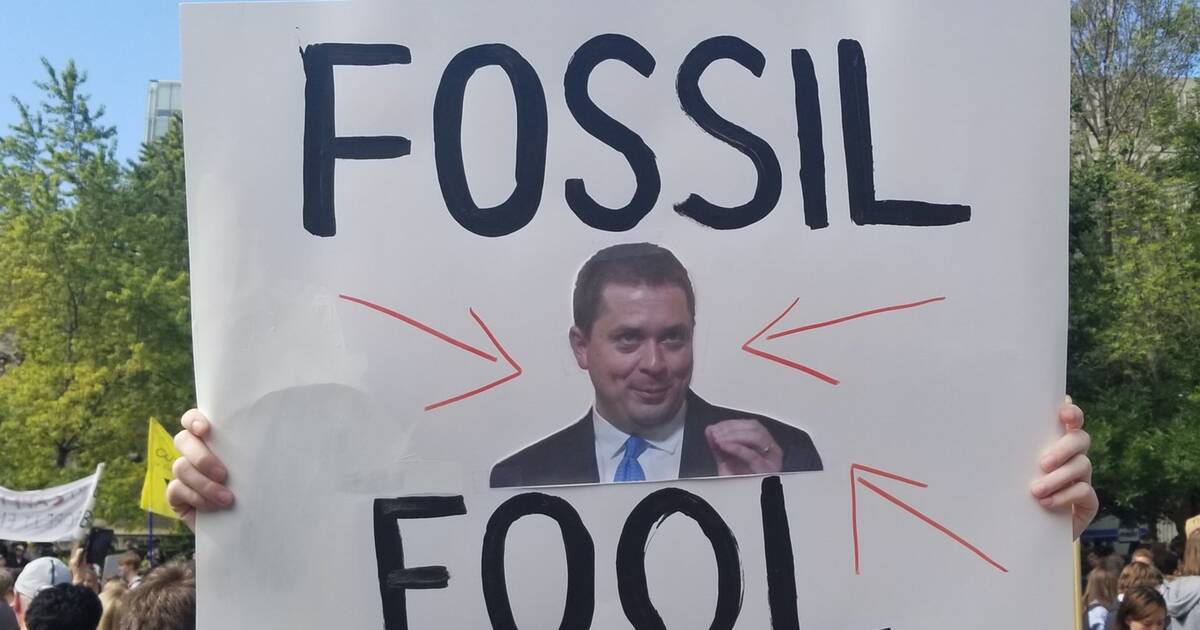 The climate march in Toronto is currently drawing thousands to Bay and Wellesley, and a large number of the protesters are elementary and high school students taking a stand for their future.

Young people organized the march, and young people are participating in it — and that's giving many people hope.

The largest contingent at the Toronto #ClimateStrike is high school aged young leaders. The future is bright, as long as the rest of us don't let it go to waste.

And since youth are the main demographic currently striking in Toronto, many of the signs at the march are as hip as the protesters holding them.

While the most popular sign at the march is “there is no Planet B,” according to CityNews reporter Tina Yazdani, Queen's Park is currently filled with signs bearing timely, hip references with powerful messages.

For example, references to Hot Girl Summer are plentiful.

As are mentions of celebrity heartthrobs.

And of course, we can always count on young people to use the latest slang while also being political and passionate.

Exhibit A: a sign saying "We stan a sustainable future."

Young people are at Queens Park to show their support for #climatechange We are in a climate emergency — and our shared future is worth fighting for. Let’s get to work. #ysw #onpoli #cndpoli #climate #climatestrikecanada #climatestriketoronto pic.twitter.com/wF5FK1sgAz

Some even created signs that play off Donald Trump's cringe-worthy catchphrase.

‘Make earth cool again’ just saw masses of teenagers with this sign on my way up from the hospital. Reassuring to know our younger generation are engaged and caring! #youth #Pediatrics #climatestriketoronto #climatestrikecanada pic.twitter.com/B7sxh2LnWR

Even Toronto's youngest residents are making their voices heard with adorable signs.

The revolution will be pedal powered. #ClimateStrike pic.twitter.com/j5JHWwkB1T

And some signs just perfectly capture how many of us are feeling about the current climate crisis.

"I like my boys hot but not my planet" 👏 the best one yet! #climatestriketoronto pic.twitter.com/QlEzFkJAL0

The Global Climate Strike in Toronto will continue until 2 p.m. this afternoon, so be sure to keep an eye out for some of the most creative and clever signs if you're marching for climate justice today.