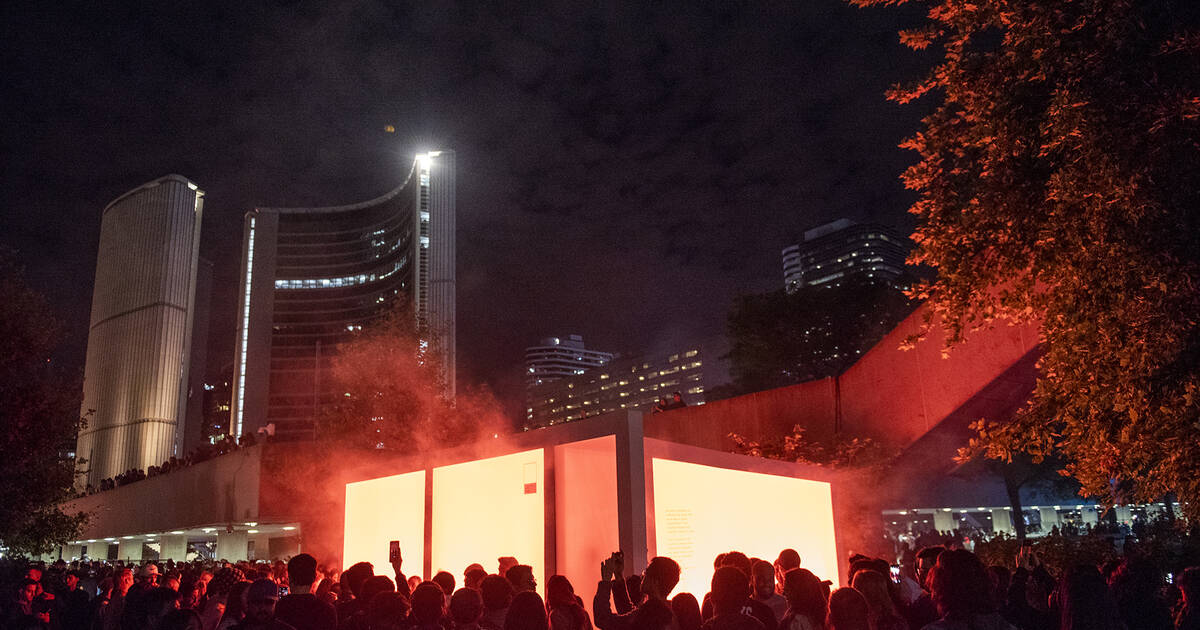 Events in Toronto this week are all about burgers, chocolate, tequila, and pancakes with lots of food and drink festivals and parties happening. Bon Iver and Young Thug are here, plus the Buffer Festival is back. There's plenty of free stuff going on, too, including Nuit Blanche this weekend.

Steve Lacy (September 30 @ The Phoenix Concert Theatre)
The definition of a "must see," 21-year-old funk, rock and jazz guitarist Steve Lacy has become a rising star of his own after appearing on several features.
Young Thug and Machine Gun Kelly (September 30 @ RBC Echo Beach)
Two hip-hop heavyweights have teamed up and are set to take the stage for a night that's sure to be So Much Fun.
Chocolate Festival (October 1-31 @ Multiple Venues)
Chocolate lovers are in for a month of treats as this festival returns with events that include the Chocolate Ball, afternoon tea and tasting sessions.
Fall for Dance North (October 2-6 @ Meridian Hall)
A huge range of expression including a special focus on international Indigenous artists is on at this dance festival that includes free programming.
Post Malone (October 3 @ Scotiabank Area)
The sunflower man is here as the rapper of the hour Post Malone drops by Toronto as part of his Runaway tour.
Star Wars: Return of the Jedi in Concert (October 3-5 @ Roy Thomson Hall)
The first Star Wars series reaches its climax in this space epic as Luke and Darth Vader face off with the TSO playing the score along with the film.
aluCine Latin Film and Media Arts Festival (October 3-6 @ Multiple Venues)
Over 50 short and feature films are screening as part of this long-running festival that looks at Latin films and filmmakers, plus talks, workshops and more.
Motorcycle Film Festival (October 3-6 @ Multiple Venues)
Back again is this festival dedicated to the world of motorcycles with works that include universal stories told through the lens of motorcycling.
Tequila Festival (October 4 @ Berkeley Church)
New this year is a festival devoted to boozy delights centred on tequila and mezcal, with drinks that use both in new and old ways.
Food Film Fest (October 4-5 @ Multiple Venues)
It's not just a film festival — food of all sorts is being paired with flicks for two days of screenings, workshops, talks and treats.
NEOSTRATA Pop-Up Lab (October 4-6 @ Stackt Market)
Skincare is in and this pop-up lab is here to offer free customized facials, plus consultations with experts, skincare masterclasses, activities and goodies.
Buffer Festival (October 4-6 @ TIFF Bell Lightbox)
Everything digital content takes centre stage at this festival with creatives industry leaders and programers dropping by for screenings and events.
Pancakes and Booze Art Show (October 5 @ Revival)
Booze and pancakes are coming together in a holy union for a night of local art, music, unlimited fluffy cakes and plenty of booze.
Nuit Blanche (October 5-6 @ Multiple Venues)
Dress warm for this big all-night art festival with works and installations stationed across the city, including tributes to the Raptors, plus lots more.
Bon Iver (October 6 @ Scotiabank Arena)
Fresh off the release of his new album i,i, Bon Iver is bringing his gentle harmonies to the stage as part of his huge international tour.

by Lisa Power via blogTO
Posted by Arun Augustin at 5:59 AM