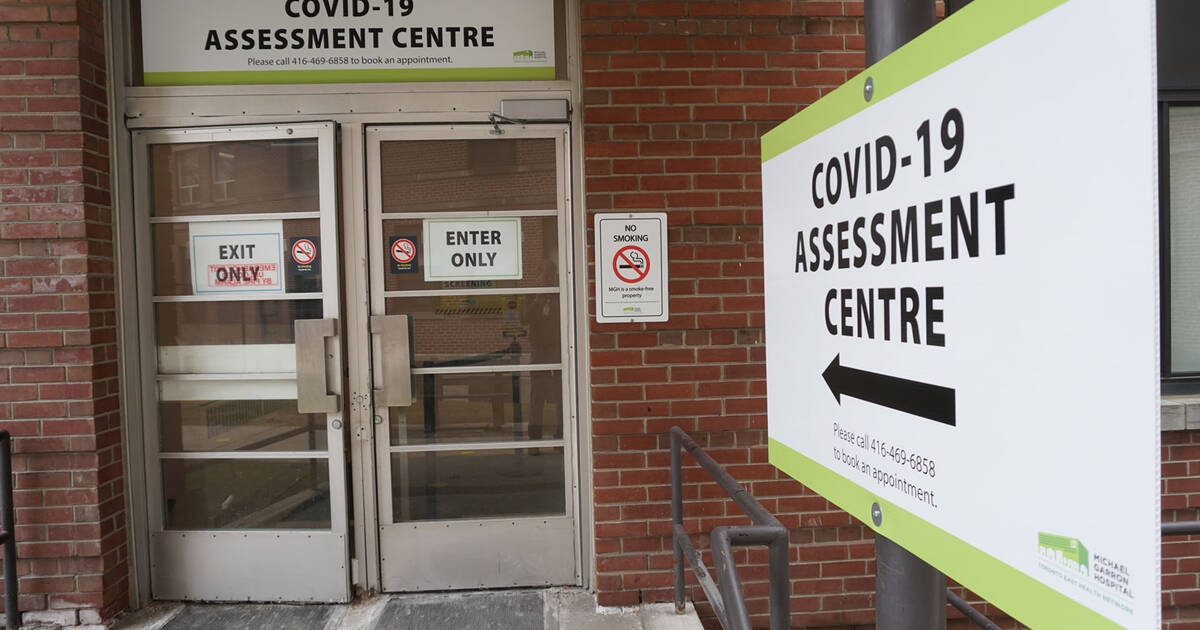 New rules for getting a COVID-19 test in Ontario come into effect this week, meaning you can no longer just show up to an assessment centre, get in line and expect to get tested.

Instead, Ontario residents with symptoms of the virus are now required to make an appointment at one of the province's 153 testing sites before arriving in person.

The province first announced this change on Oct. 2 in an effort to address the excessively long lineups reported outside hospital assessment centres in recent weeks as cases have continued to skyrocket in Ontario.

As of Oct 6, Ontario #COVID19 assessment centres will transition to appointment-based testing to provide certainty to patients as to when they can receive a test during the cold winter months. On Oct 4 walk-in testing services will be discontinued. https://t.co/VcGLEWF92G pic.twitter.com/09GDJLjjri

Walk-in services were halted on Sunday, Oct. 4 to give the province's lab network a chance to catch up on the massive backlog of tests, which reached a record 90,000 tests last week, and to allow assessment centres the necessary time to reset, deep clean and ensure preparedness for the new appointment-based model.

As of Tuesday, the backlog has been reduced to 55,483 tests.

Symptomatic individuals in need of a test, from now on, must call in to one of the province's assessment centres and speak to a health practitioner before making an appointment, and some testing sites are also allowing appointments to be made online.

The province says the new testing model will provide "certainty to patients as to when they can receive a test during the cold winter months," while also trying to "reduce testing turnaround times" and "prioritizing those who are at the greatest risk."

Some experts have meanwhile warned that the new rules could inevitably result in fewer tests being completed and, as a result, artificially lower case numbers.

But while appointment-based testing officially became available to Ontarians as of this morning, many assessment centres were immediately booked up and some even experienced technical difficulties due to overwhelming demand.

A number of residents also took to social media and reported not being able to book a single appointment despite waking up at the crack of dawn and trying to reserve a spot at a number of centres.

Asymptomatic individuals in certain priority groups will meanwhile be able to seek testing at one of the roughly 50 pharmacies that are also offering COVID-19 tests by appointment in Ontario, and it was recently reported that all swabs from these locations will be sent to the U.S. for processing.

The province has said that additional locations are expected to be added to the list based on the success of the program, though no further details have been provided at this time.

by Mira Miller via blogTO
Posted by Arun Augustin at 9:50 AM