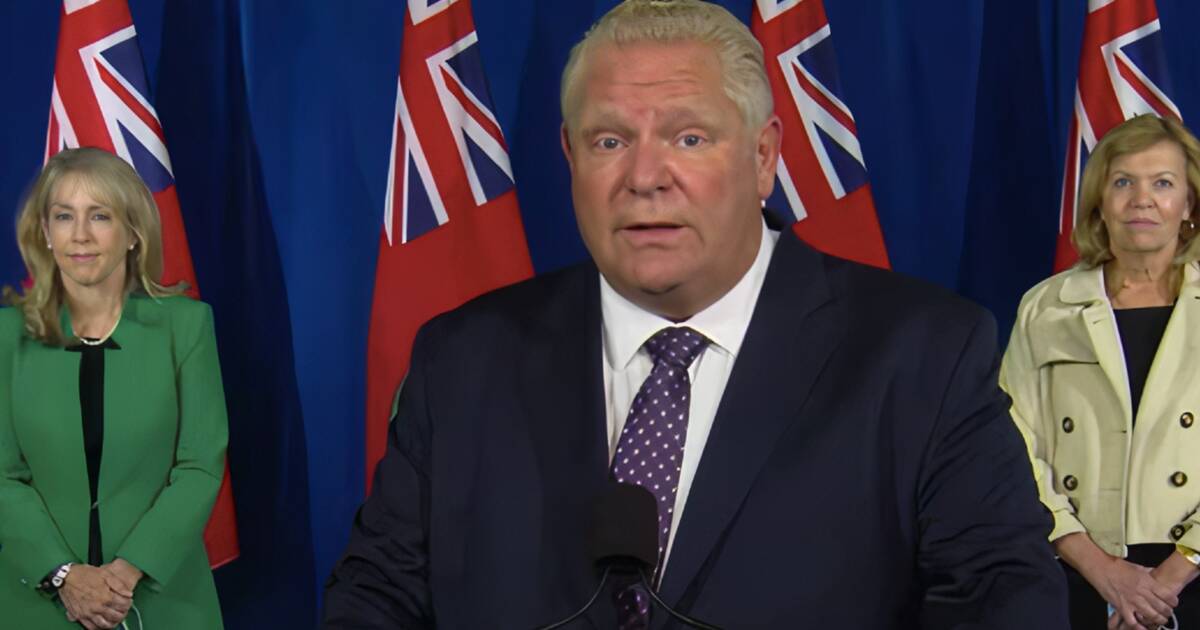 Premier Doug Ford has a depressing — yet presumably accurate — message for people living in Ontario: some of the toughest days of this pandemic are still to come.

Speaking during his daily press briefing at Queen's Park, Ford thanked the thousands of frontline workers who've helped us make it this far, but stressed that we are headed down a difficult road.

"Because of these heroic efforts, we avoided the worst during the first wave," he said. "But as we enter into the second wave, and as our modelling shows, some of the toughest days lay ahead."

The province released new modelling yesterday which showed that cases of COVID-19 are currently doubling approximately every 10 to 12 days in Ontario, and that if nothing changes, we'll likely see around 1,000 cases per day by mid-October.

"Yesterday's modelling data was a wake-up call," Ford said Thursday. "We could have 1,000 cases a day by mid-month. So again, I have to keep saying, please don’t let your guard down. Please follow the public health measures."

And yet, once again, the provincial government did not announce any new public health measures to help curb the spread of the virus.

The province's sole announcement Thursday was an investment of $461 million to give 147,000 personal support workers a $3/hour raise, while PSWs in public hospitals will get a $2/hour raise.

This initiative is temporary and will only last until March 2021, though Ford did suggest that he would like to convert this to a full-time pay raise and told PSWs to "stay tuned."

But while this is a welcome announcement for those essential workers who are often overworked and underpaid, particularly in the midst of a pandemic, many are wondering why the province isn't doing more to preventatively put a stop to community transmission.

For example, when asked Thursday whether business closures are imminent in Ontario, Ford said "not right now" and added that "justification" is needed before doing such a thing.

Premier Ford basically said they'll consider business closures once case numbers reach over 1,000 per day. Sounds like it could be too late by then. #onpoli https://t.co/Y7ggm6ddDD

Quebec, by comparison, has closed all indoor dining in bars and restaurants and is prohibiting all social gatherings both indoors and oudoors for 28 days following a surge in new cases.

The Ford government meanwhile continues to put the onus on individuals to adhere to public health measures such as mask usage and physical distancing, all while COVID-19 outbreaks continue to happen in schools, restaurants, grocery stores and more.