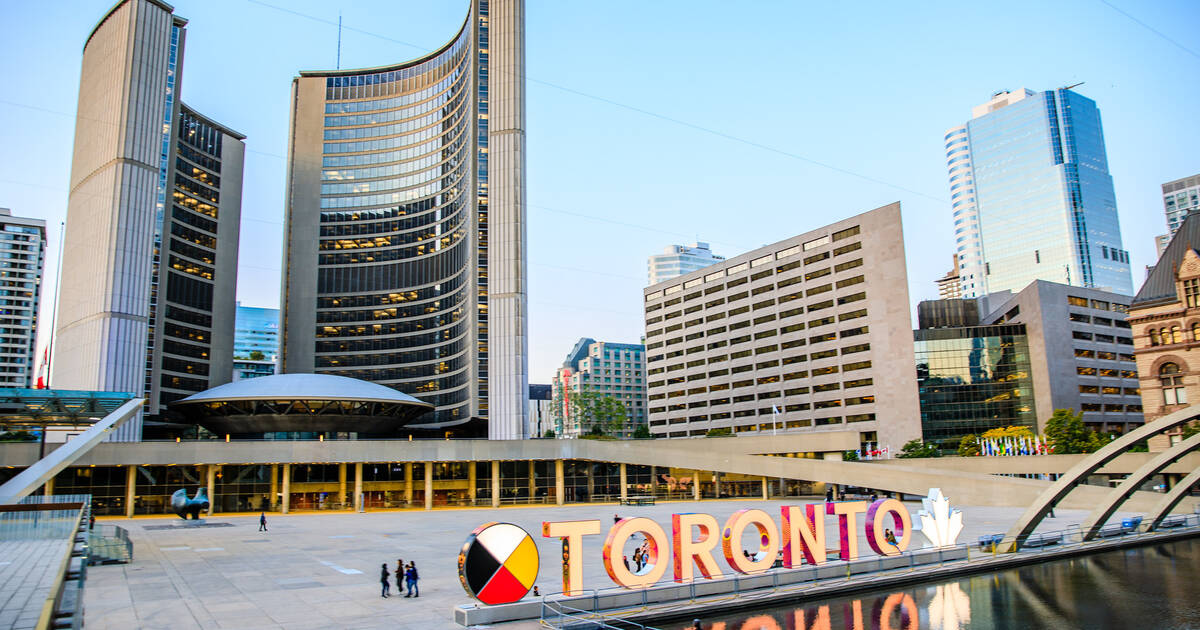 City Council approved several new, additional restrictions for bars and restaurants in Toronto this week after watching COVID-19 increase rates spike to levels previously unseen, but some municipal officials say that more needs to be done — and fast.

It may be easy for residents to scream at the mayor on Twitter about how he should lock everything down again, but John Tory can't legally do that; the city only has so much power in terms of restricting public life.

Fortunately, as evidenced by sweeping emergency orders handed down earlier in the pandemic, Ontario's government can take further action to stop the spread of COVID-19, whether across the province or on a region-by-region basis.

The city is currently in talks with the province to do the latter, according to a report published by the Toronto Star on Thursday.

Toronto really needs the authority to impose new restrictions in light of our rising #Covid case numbers. We should not have to go to the Province for permission. #TOpoli #ONpoli https://t.co/R23rmikt8L

"The rapid rise in cases in our city is deeply alarming," said Toronto Board of Health Chair Coun. Joe Cressy to the Star's David Rider. "Based on the data, and looking at the experience of other jurisdictions, it's clear that further public health measures are needed to save lives and keep our schools open."

"Our team is in active conversations with our provincial counterparts on next steps," continued Cressy. "There is a fierce urgency now."

Tory himself said similarly that he and Toronto's Medical Officer of Health, Dr. Eileen de Villa, have been exploring new actions that could be taken "outside Toronto's jurisdiction" to halt the spread of the deadly coronavirus locally.

"This has been the subject of multiple meetings this week involving Dr. de Villa, myself and members of our senior command team," said Tory.

"All governments and all residents have to work together right now to follow public health advice and confront this resurgence."

The measures approved today will help to increase safety for workers, customers, and all Torontonians. But the City of Toronto is limited in actions we can take alone — we need the continued support of our Federal and Provincial partners as part of an united response.

According to the Star, Toronto is currently urging the province to consider imposing the following measures in Canada's largest city:

Ontario Premier Doug Ford and the province's Chief Medical Officer of Health, Dr. David Williams, have both said in recent days that further restrictions in "hot spot" regions like Toronto were being considered.

To date, however, the city remains in Stage 3 alongside the rest of Ontario, the entirety of which has seen strip clubs ordered to close, a new 11 p.m. last call time implemented for bars, and social gathering limits rolled back from 100 outdoors and 50 indoors to 25 outdoors and 10 inside.

With a new record daily case increase of 732 infections in Ontario on Friday —  323 of them from Toronto — it stands to reason that we may see more restrictions put into place soon.

Ford is scheduled to make an announcement at Queen's Park this afternoon at 1 p.m. alongside Williams, Minister of Health Christine Elliott, Ontario Health CEO Mathew Anderson, and Dr. Dirk Huyer, Chief Coroner for Ontario and Coordinator of the Provincial Outbreak Response.